ISLAMABAD, Pakistan: President Dr. Arif Alvi has directed the Auditor General of Pakistan (AGP) Javaid Jehangir to prepare a roadmap in one month aiming to eliminate malpractices within the organization.

In a meeting with the Auditor General of Pakistan who called on him at Aiwan-e-Sadr in Islamabad on Friday, the president asked him to take corrective measures and improve the performance and efficiency of the AGP Office to address anomalies of the system. 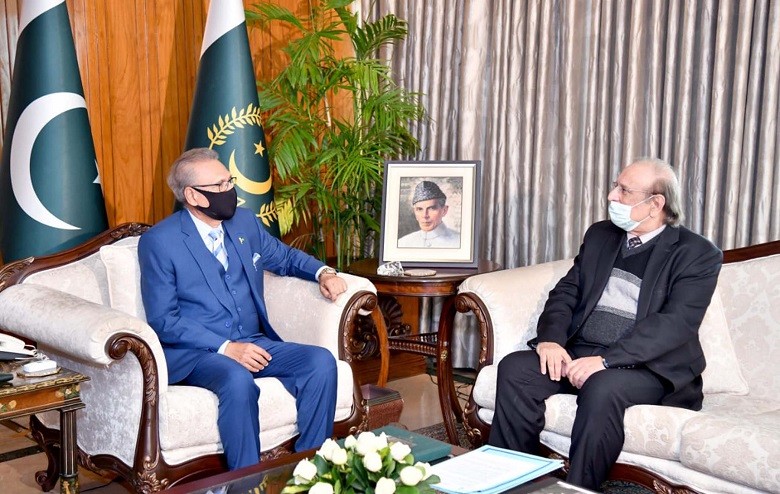 In the meeting, the auditor general briefed the president about the working of the AGP Office and the steps being taken by him for improving the efficiency of the organization by adopting information technology.

The president emphasized that the focus should be on identifying the grave irregularities instead of wasting energies on pointing out trivial issues.

President Arif Alvi asked the AGP to identify the grey areas within the organization and propose workable solutions.

Dr. Arif Alvi also directed him to expeditiously complete the audit automation process so as to ensure transparency in the organization.

Mati
Mati-Ullah is the Online Editor For DND. He is the real man to handle the team around the Country and get news from them and provide to you instantly.
Share
Facebook
Twitter
Pinterest
WhatsApp
Previous article#TECNOPhotoWalk captures the magnificence of Islamabad through the lens of Camon 16
Next articleClimbers of International Winter K-2 Expedition meet Pakistan Army Chief