Prime Minister Shahbaz Sharif, the Chairman of Senate Muhammad Sadiq Sanjrani, the Speaker of the National Assembly Raja Pervaiz Ashraf, Members of the Federal Cabinet, Members of the Parliament, and Senior Civil and Military Officers attended the Investiture Ceremony. 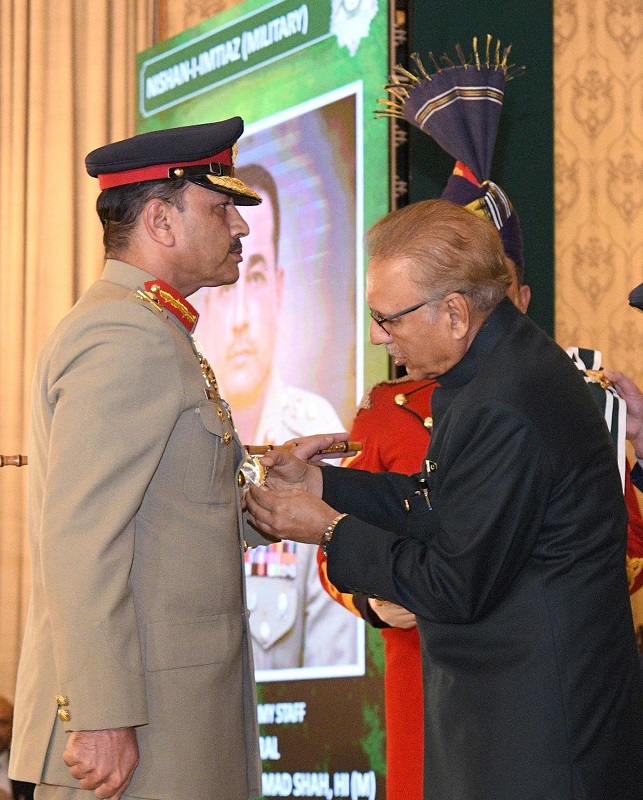 General Syed Asim Munir Ahmad Shah was commissioned in April 1986 in the 23 Frontier Force Regiment and is a recipient of the coveted Sword of Honour of the 17th OTS Course.


During his illustrious military career, he has served on various Command, Staff and Instructional assignments. His major staff appointments include Brigade Major of a deployed Infantry Brigade, General Staff Officer Grade-2 in Chief of General Staff Secretariat, Directing Staff in Command and Staff College, Quetta and Chief of Staff of a Strike Corps. He has commanded his parent unit 23 Frontier Force Regiment Infantry Brigade, Force Command Northern Areas and 30 Corps.

Before his promotion and appointments as the COAS, the General was the Quarter Master General of the Pakistan Army. He was promoted to the rank of General and appointed as the Chief of the Army Staff, General Headquarters on November 29, 2022.