ISLAMABAD, Pakistan: President Dr. Arif Alvi has asked the Ambassador-designate of Pakistan to Mexico Dr. Aman Rashid to make concerted efforts for the promotion of relations with Mexico in diverse fields including trade, investment, culture, tourism, and education.

In a meeting with the ambassador-designate at Aiwan-e-Sadr in Islamabad on Friday, the president said that Pakistan attaches great importance to its relations with Mexico and wants to further expand cooperation in various areas of mutual interest. 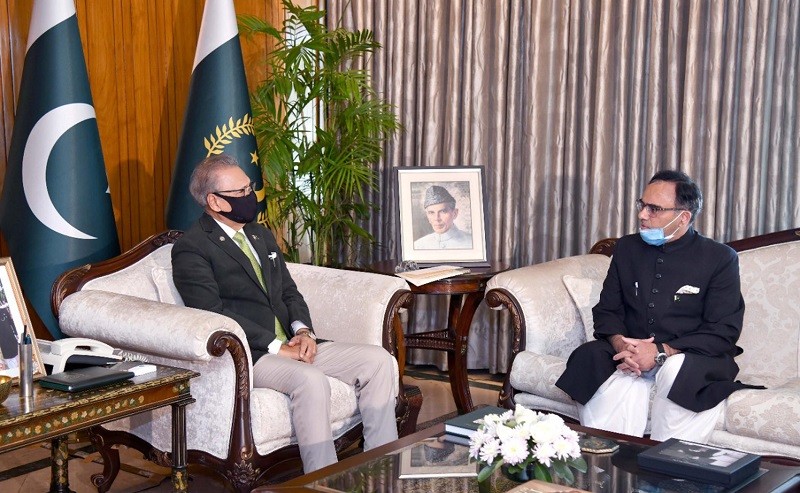 The president highlighted that the government is focusing on increasing trade and investment with all Countries and stressed the need to increase bilateral trade volume with Mexico.

Dr. Arif Alvi asked the ambassador to work for the image-building of the Country as well as expose the atrocities and human rights violations being committed by India in the Indian Illegally Occupied Jammu and Kashmir (IIOJK).

The president congratulated Dr. Aman Rashid on his assignment as the Ambassador-designate of Pakistan to the United Mexican States and expressed the hope that he would work to further cement bilateral ties between the two Countries.

Mati
Mati-Ullah is the Online Editor For DND. He is the real man to handle the team around the Country and get news from them and provide to you instantly.
Share
Facebook
Twitter
Pinterest
WhatsApp
Previous article609 petrol pumps sealed in Pakistan for selling smuggled oil
Next articleFalak Shabbir Gives Lovely Sarah Khan A Sweet Surprise