Islamabad, Pakistan: “President Arif Alvi has no right to violate the constitution by saying that appointment of new Army Chief should be done through consultation with Imran Khan”.

This was observed by participants in state-run television PTV’s current affairs talk show Chotha Satoon on Friday. The show was anchored by senior journalist and host of the show Jawad Faizi while politicians Hafiz Hamdullah of JUI, Qamar Zaman Kaira of PPPP, Nayyar Bokhari, and Tallal Ch of PMLN participated in the conversation.

It may be mentioned that President Arif Alvi has been violating the constitution for a long but no action has been taken against him so far. 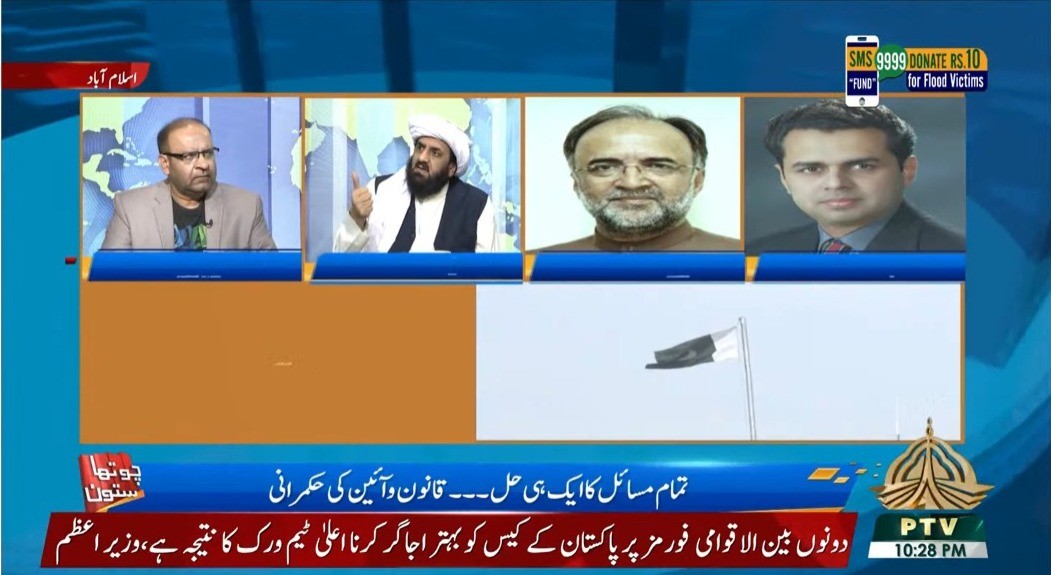 Participants were of the view that Pakistan looks like a compromised state where the State is avoiding punishing the powerful who are making a mockery of the constitution. “We are doing compromises and we are not following the Constitution in letter and spirit. The state cannot be run with compromised and if the person who violates the law without being punished triggers an attack on the writ of the State,” commented Qamar Zaman Kaira.

Kaira said that empires within States had been developed and rule of law and respect for the Constitution was violated. Democracy is the name of change in behaviors not only in parliament.

Talking about the audio leaks of conversation between Prime Minister Shabaz Sharif and his Principal Secretary Touqir Shah, participants were of the view that this was a grave issue and a thorough investigation must be done to punish those who are doing a conspiracy against the state by tapping Prime Minister House and his office.

Hamdullah of JUI claimed that the PTI government shared secret documents of China Pakistan Economic Corridor (CPEC) with IMF but no action had been done against the responsible people.