In a meeting with the Defence Minister of Tajikistan Colonel-General Sherali Mirzo in Islamabad on Thursday, the president underlined the need for further enhancing bilateral cooperation between Pakistan and Tajikistan in different fields including security and counterterrorism.

The president expressed his pleasure that defense and security authorities of the two Countries are cooperating closely for regional security and are exploring the possibility of establishing joint ventures for defense production in Tajikistan. 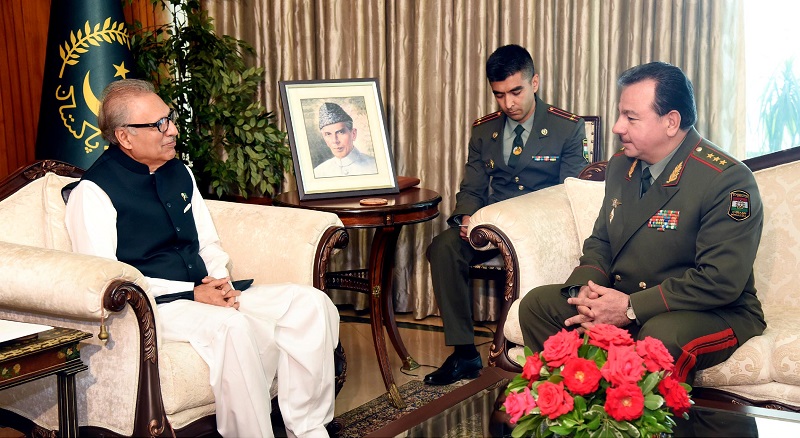 Dr Arif Alvi highlighted that our bilateral trade is not commensurate with the true potential, and hoped that multiple joint working groups will help strengthen our economic partnership.

President Arif Alvi said that Pakistan is introducing e-visa facilitation for about 175 Countries and visa on arrival for 50 Countries. He hoped that Tajikistan will introduce visa easement processes for Pakistani Businessmen to enable greater interaction.

He emphasized that Pakistan attaches great priority to timely completion of the flagship project of CASA-1000, and expressed the need for both sides to expedite the implementation phase of the project.

Mati
Mati-Ullah is the Online Editor For DND. He is the real man to handle the team around the Country and get news from them and provide to you instantly.
Share
Facebook
Twitter
Pinterest
WhatsApp
Previous articlePakistan-Tajikistan cooperation to help improve regional peace, stability: General Bajwa
Next articleWikileaks founder Julian Assange arrested by British police