Monitoring Desk: Pakistani President Arif Alvi extended his congratulations on the occasion of a recent videoconference of the Non-aligned Movement dedicated to fighting against coronavirus which was held on the initiative of President Ilham Aliyev. 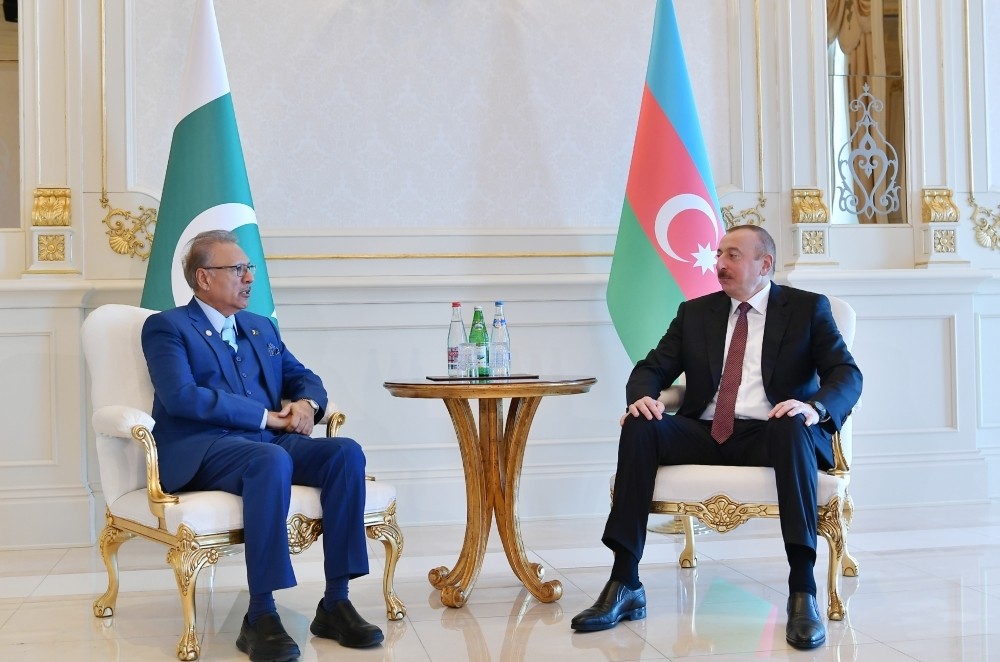 According to a statement released by the Press Service of the President of Azerbaijan and reported by State-run News Agency, AZERTAC, President Alvi hailed the importance of the conference in terms of strengthening efforts to combat the pandemic.

President Ilham Aliyev noted that the event made a significant contribution to consolidating solidarity and international cooperation between the countries.

The heads of state expressed their confidence that the two countries will continue to support each other’s stance at the international level.

During the telephone conversation, President Ilham Aliyev and President Arif Alvi highlighted the measures taken to combat the coronavirus and exchanged views on prospects for bilateral ties, including the development of economic and trade relations between the two countries.