ISLAMABAD, Pakistan: President Dr. Arif Alvi has said that Pakistan attaches utmost importance to its ties with Australia and wants to further strengthen bilateral cooperation with Australia in all areas of mutual interest.

Talking to the outgoing Spokesperson of Ministry of Foreign Affairs (MoFA) and High Commissioner-designate of Pakistan to Australia Zahid Hafeez Chaudhri at Aiwan-e-Sadr in Islamabad on Monday, the president emphasized the need to develop collaboration with Australia in the areas of education and vocational training that would help towards the socio-economic development of Pakistan. 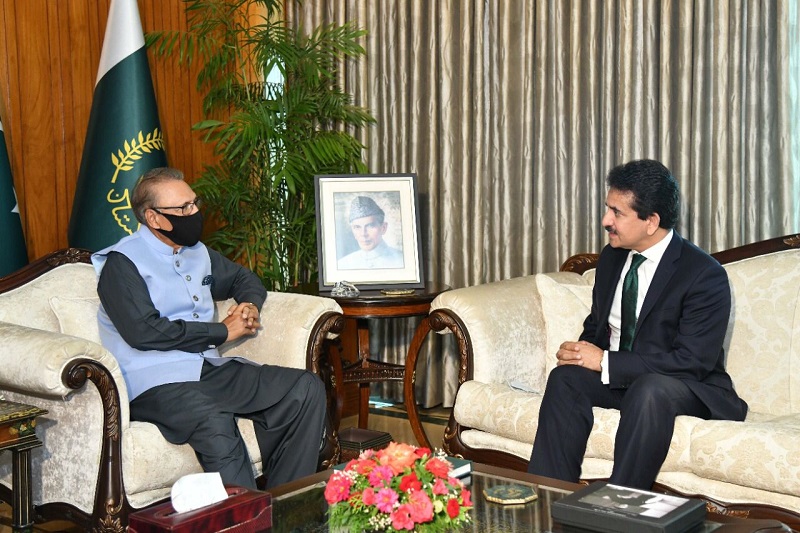 Discussing various aspects of bilateral relations between the two Countries, the president stressed that Pakistan and Australia have huge potential to increase trade and economic cooperation.

President Arif Alvi also underlined the need to attract Australian investment to Pakistan, adding that the Country has adopted business-friendly policies and has shifted its focus from geo-politics to geo-economics.

Emphasizing the government’s appreciation of the positive role played by the Overseas Pakistanis, the president asked the high commissioner-designate to work for the facilitation and welfare of the Pakistani diaspora in Australia and extend them all possible support and services.

Noting the considerable number of Pakistani students in Australia, he highlighted the need for further enhancement of educational cooperation between the two Countries.

The president congratulated Zahid Hafeez Chaudhri on his appointment as Pakistan’s High Commissioner to Australia and asked him to play his role in further strengthening and diversifying Pakistan-Australia cooperation.

Dr. Arif Alvi also appreciated him for the excellent discharge of his duties as Spokesperson of MoFA and expressed the hope that he would perform his duties as High Commissioner of Pakistan to Australia with the same spirit of dedication.