Replying to a question by MNA Ali Gohar Khan seeking details of loans received by the present government from foreign Countries so far, the Minister for Economic Affairs Sardar Ayaz Sadiq told the House in writing on August 13 that the present government received a total of US$ 3.4 billion in loans from April 11, 2022 to June 30, 2022.

Likewise, US$ 2,240.31 million loans were received from Commercial Banks during the said period.

The following is the donor-wise break-up of foreign loans excluding IMF: 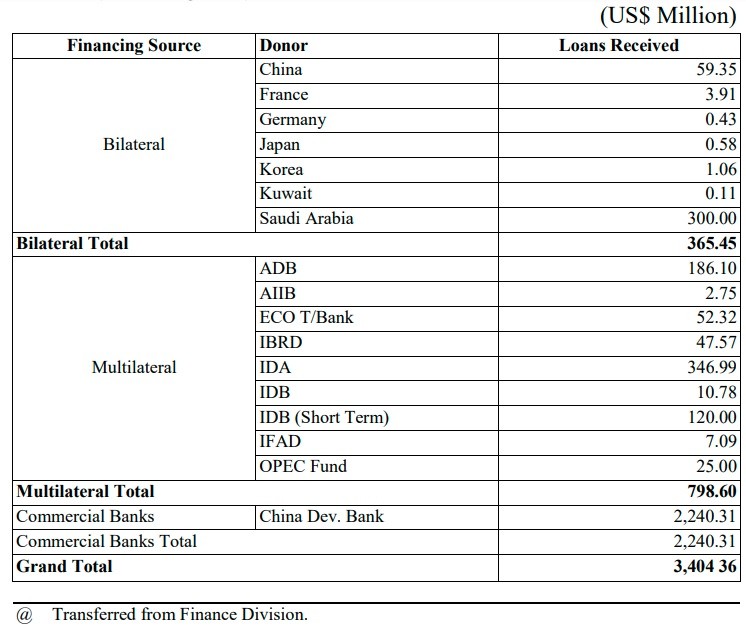