Museum of Prague Ghosts and Legends: Meeting a Ghost who lives at the corner of the street

Czech artists have mastered the art of storytelling in such a precious way that they have even introduced new dimensions to the art.

Storytelling has also been considered a linguistic art form, inclusion of theatre and cinema introduced other forms of meaning-making, and language has become only one component of this holistic art of storytelling

People of Bohemia and Moravia due to their years of subjugation and purged of the oppressors started avoiding the obvious ways of meaning-making (language/ linguistics) and masters deliberately other ways of commutating such as music, light, colors, and gestures.

The ghosts of Prague supposedly lived underground/ underneath Prague city, according to mythology the Prague legends and ghosts preferred to live in a city built under Prague city.

They have avoided linguistic in order to gain a certain amount of freedom as monarchs or political oppressors are not directly related to the esthetics hence can only exercise their full control on a single known way of communication. Czechs altogether avoid maximum linguistics and prefer to communicating through acoustic lights and paralinguistic.

The phenomenon of storytelling that I have observed in Prague is not only unique but also represents the survival techniques of the Czech people. Usually, stories of legends/ mythologies are always being told verbally and eventually become part of oral history. One generation transfers the story to the next generation thus linguistics is the crucial part of this. Think about the nation that has endured long subjugation during which they become hesitant to transfer their oral history, in the extreme sense I can say that they have stopped using the words altogether. The important thing is that they did not give up. On the contrary, they invented different sources of communication to communicate and to avoid censorship.

The day I arrived in Prague, walking in the cobblestone lanes in the middle of the night, I could feel someone unseen is following me—

The Czech lands are full of magical stories about legends, myths, and ghosts and Prague is the prime place to spot a ghost. In Literature, dancing shadows of ghosts are part of the mysterious nights of Prague. The day I arrived in Prague, walking in the cobblestone lanes in the middle of the night, I could feel someone unseen is following me— Maybe a ghost who lives at the corner of the street. To feel more about the mysterious side of Prague, I decided to visit the Museum of Prague Ghosts and Legends (Muzeum pražských pověstí a strašidel) where the oral history related to myths has been presented theatrically.

Theatricality does not necessarily include words. The entire mythology has been represented with sense perception. The ambiance of the displayed area including smell, visuals, and sounds was seen as perfect to tell us the story. The ghosts of Prague supposedly lived underground/ underneath Prague city, according to mythology the Prague legends and ghosts preferred to live in a city built under Prague city. 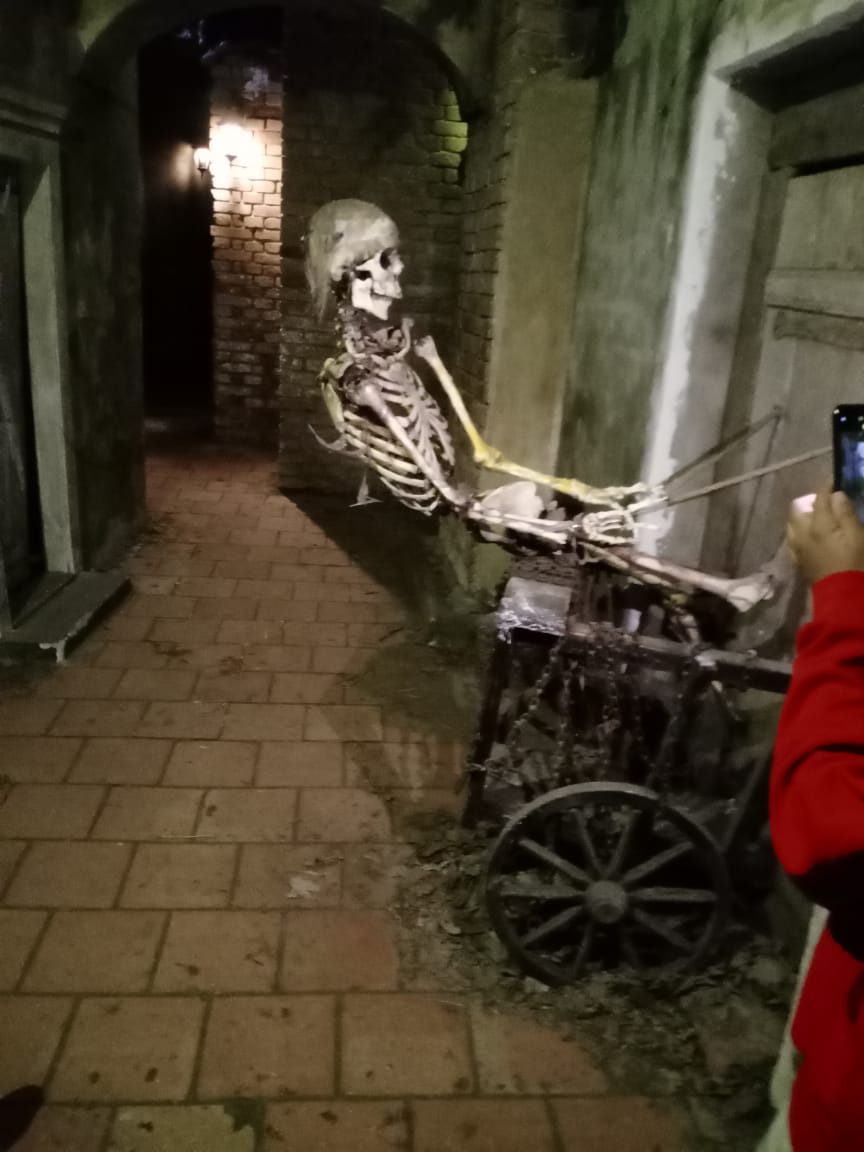 Most of them avoided daylight and only preferred to appear in Prague city during the night. They have various characteristics and specialties. Some of them are pure evil, some of the mix of good and bad, and some are good and ironically they all coexist. The museum of legends and ghosts was built in the form of streets and houses and different ghosts are living in those houses. 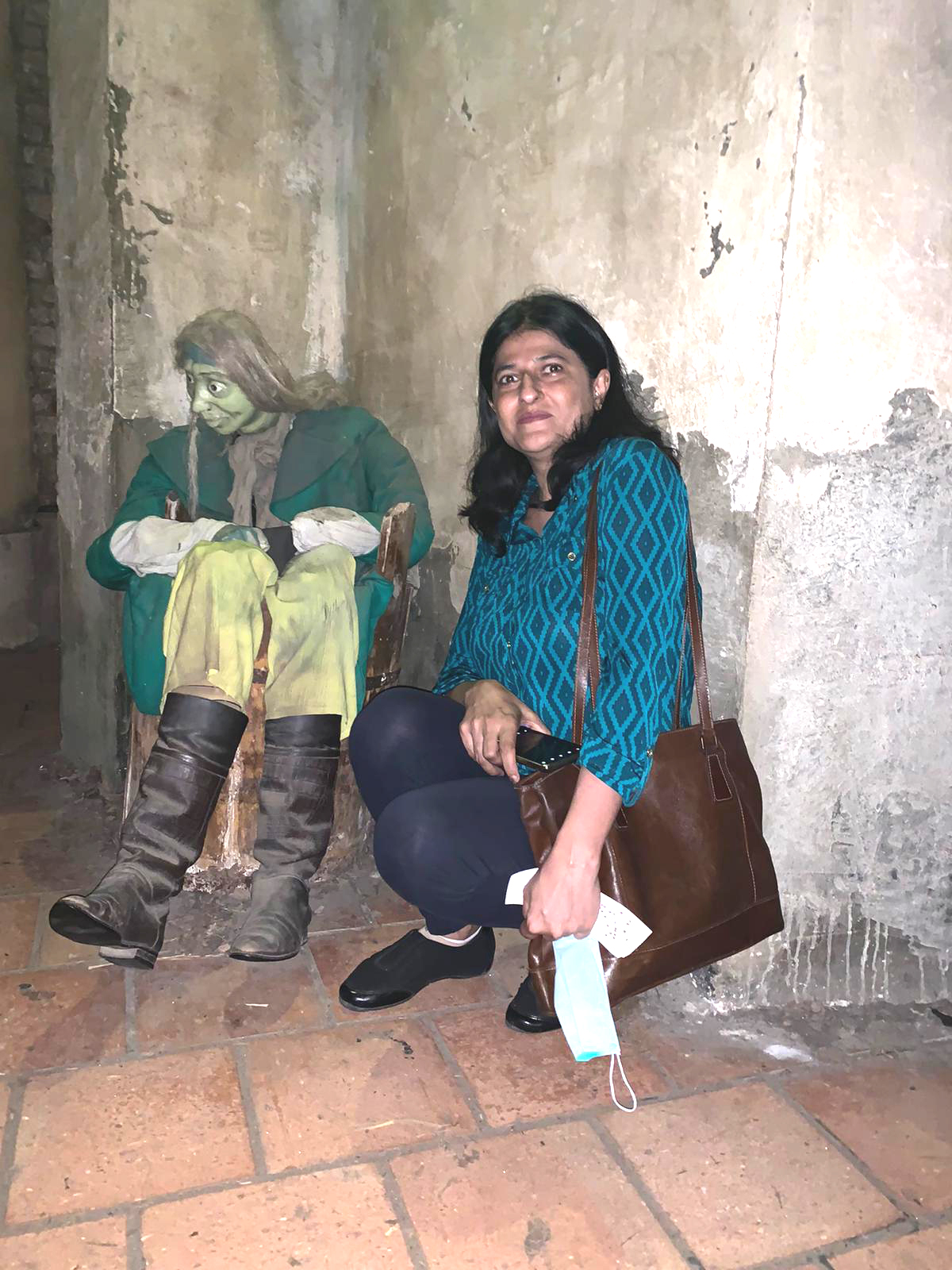 After crossing the reception area there comes a narrow street and small replica of houses having legends and ghosts dwelling in them. According to mythology, there were ghosts who preferred to avoid human contact for that dramaturge/curators has created a curiosity game where a map was given to me and I was supposed to find a number of ghosts following the map. 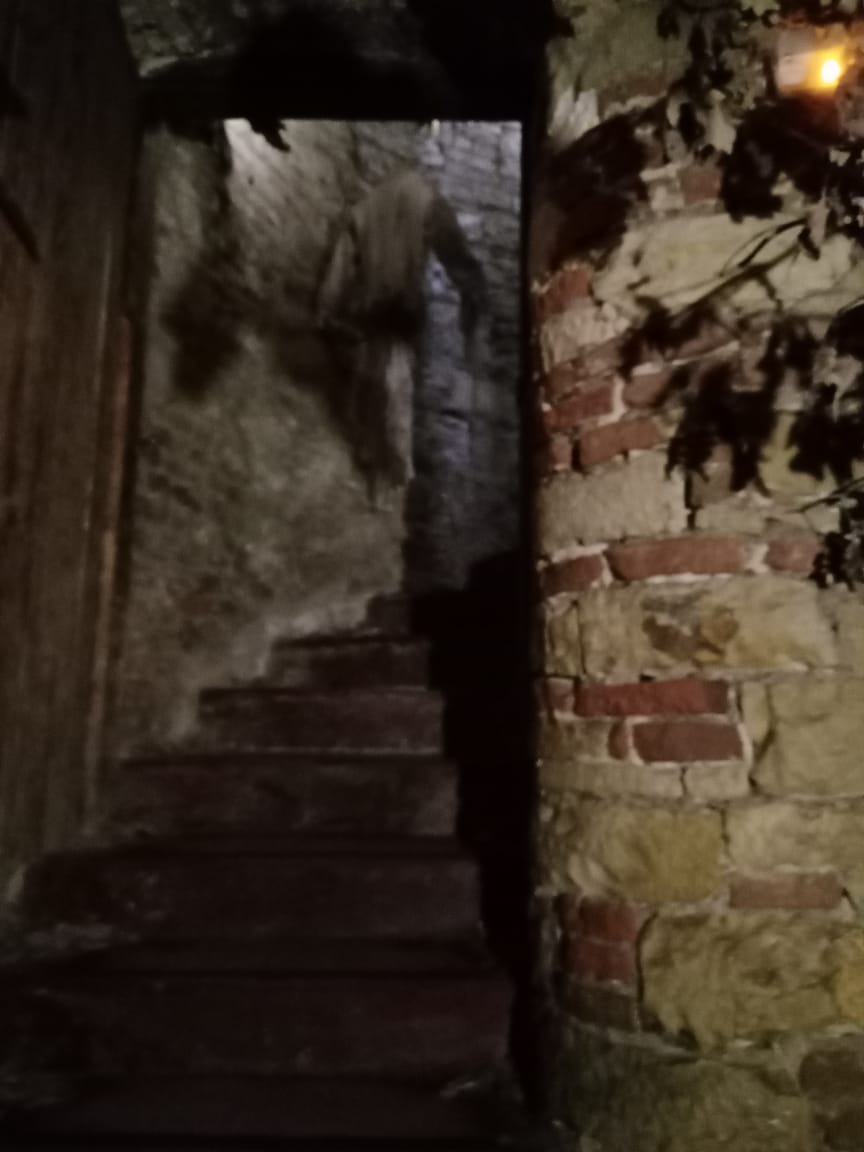 All those ghosts were not presented they were hidden somewhere, most of them hide on the second level of the city like in a basement where the ambiance created by light and smell was so real that it gives an experience of living a story. In order to find hidden ghosts, the visitors need to cross the dark walkways, peep into the haunted houses search under the heap of hay, or even look upward as one of them may be living in a spider web, hanging right on your head. 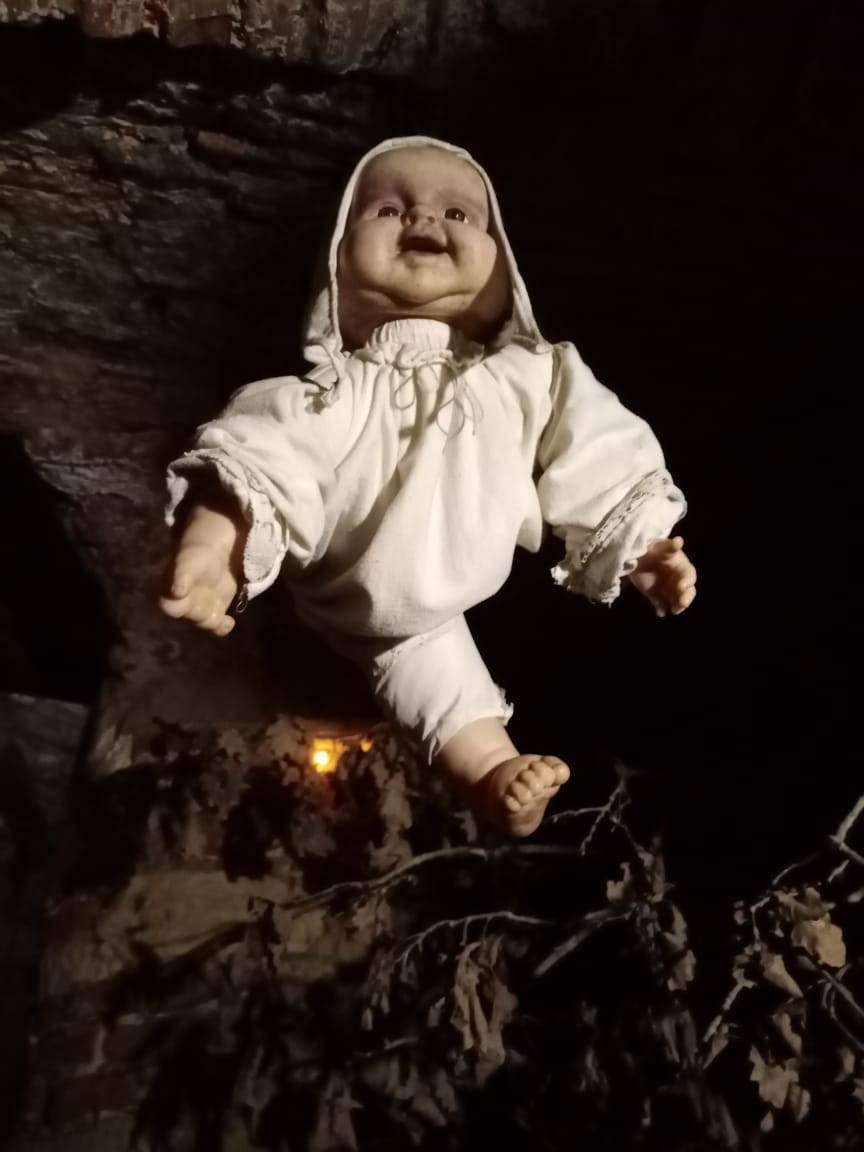 Prague performing art has a long history of involving the audience in the presentations. Prague artists believe in the direct participation and participation of the viewers and that is why for a long time, they have discredited the idea Fourth Wall. 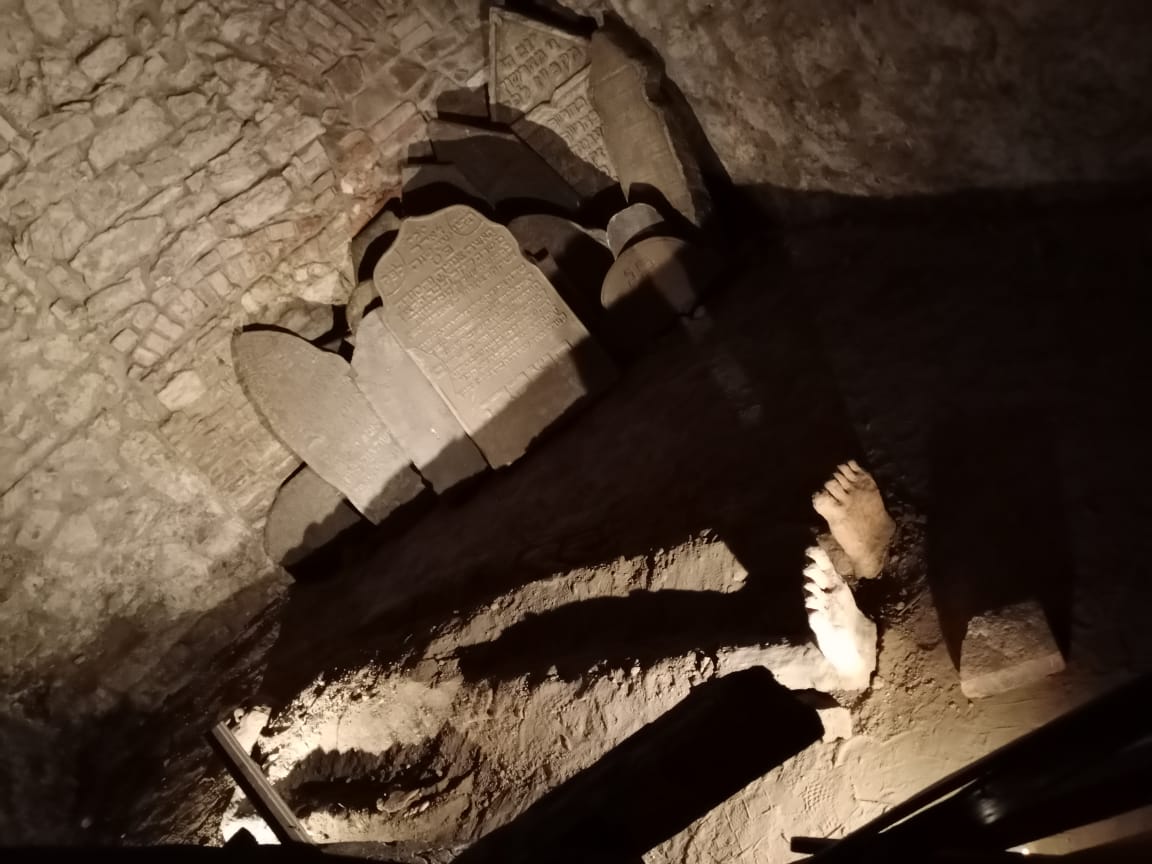 Instead of telling the story, stories are being displayed for the visitors to perceive and process, because, of the use of sense perception the stories retain in a cognitive system with stronger footprints. These types of museums can also provide hope to all those who think that the stories of the past can only be told verbally in the corner of a street to a group of people. Stories can be presented to understand via shared knowledge and collective consciousness, so the art of storytelling can also become a shared experience. 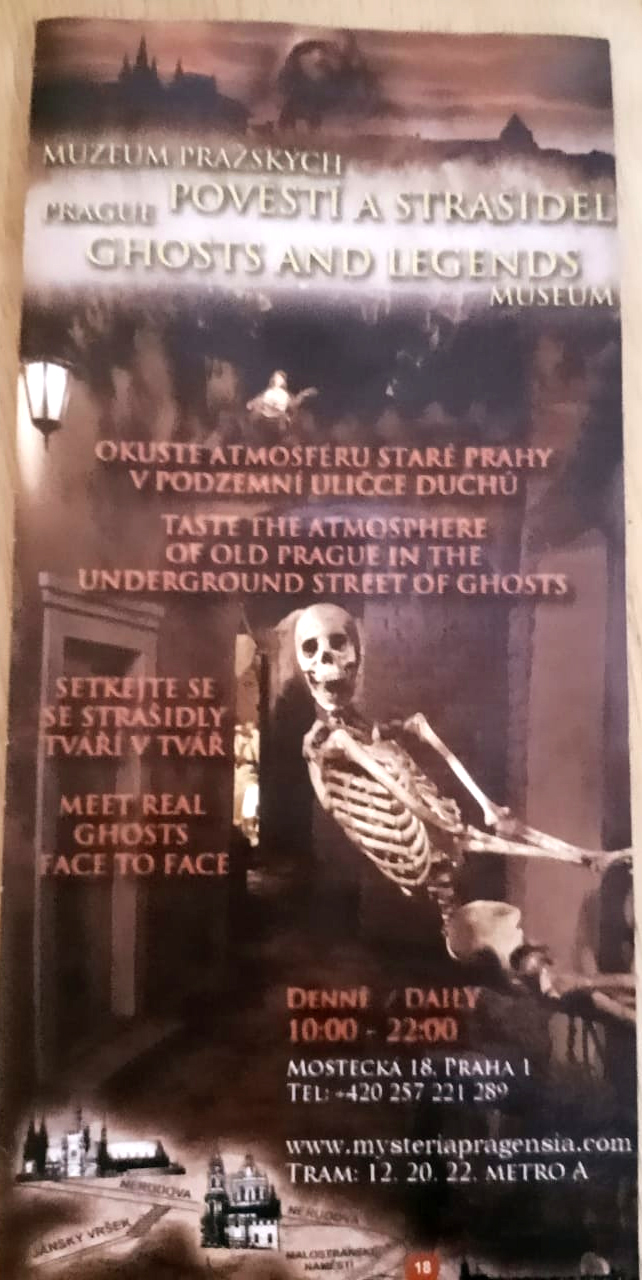 Put Prague Museum of Ghosts and Legends on your To-Do List and experience a unique phenomenon of old myths and legends by touching them smelling them seeing them and living within them. You must know about famous ghosts like the Golem of Prague, the Headless Templar, the Founder of Prague Libuše, the Murdered Nun, the Drowned Maid, and the One-Armed Thief. You cannot enjoy your evening walks unless you don’t know about the unseen hosts of this mysterious city.