Prague is a Land of Myths

Edward Kelly sitting in his attic in a gloomy corner scraping his head trying to fix the broken vessel which created a hole in the roof and he saw Galaxy from that hole it was flawed as the earth was not in the center. He murmured in panic and move toward his subject “Johnny” whom he preserved in a man-size bottle to create his clone all loud thud diverted his attention, he rushed toward the corner of the attic, he peeped down through the window and saw William Shakespeare who waved at him. 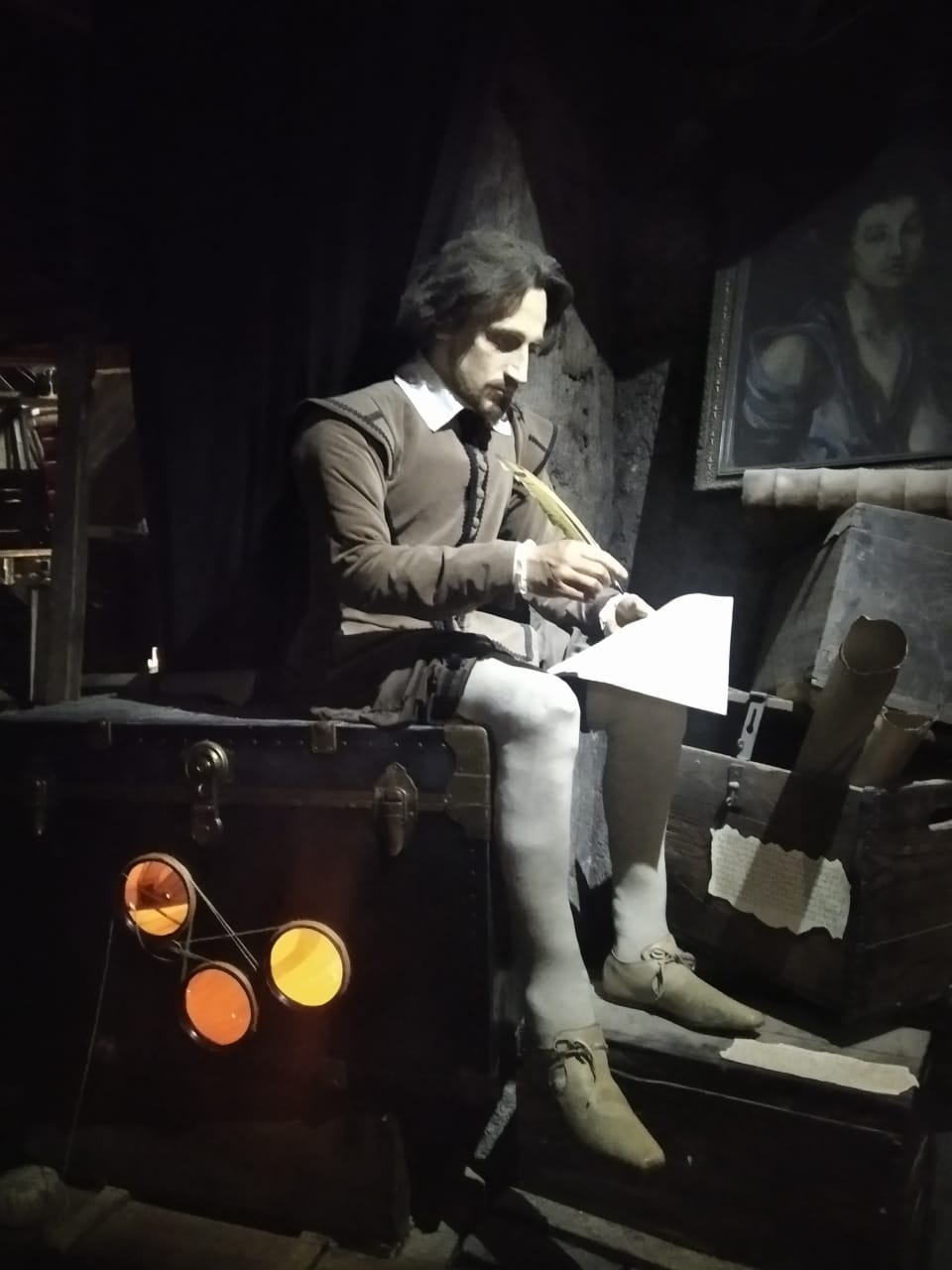 Let me introduce you to Edward Kelley. He was born on August 1, 1555, and was an English Renaissance occultist and self-declared spirit medium. He is best known for working with John Dee in his magical investigations.

Edward Kelly told his servant to bring William Shakespeare up through the 600-year-old staircase “spiral of life”. Shakespeare came upstairs and haphazardly searching for some documents. Edward Kelly keenly observing him and pointed him to a corner where a secret document was hidden, King Rudolf surely expressed his dislike and sent a messenger to arrest Edward Kelly….. At this point, I stopped the curator because the story turning toward an extreme nonrealistic angle. The curator smiled at me and explained “Madam but Prague is the city of myths we are all part of this mythology whatever you are observing whatever we are exhibiting is our mythical history…… it is a that William Shakespeare was a British spy and at least traveled thrice to Prague on the order of the Queen of England and ma’am look at this picture, I turned towards the picture. There was a portrait of a very attractive woman with dark black eyes. Curator continued his story and claimed she was another mythical character. “Madam, she was the witch of Prague and she practiced alchemy and black magic and William Shakespeare fall in love with her and all of the Shakespearian female antagonist characters are influenced by this lady”. 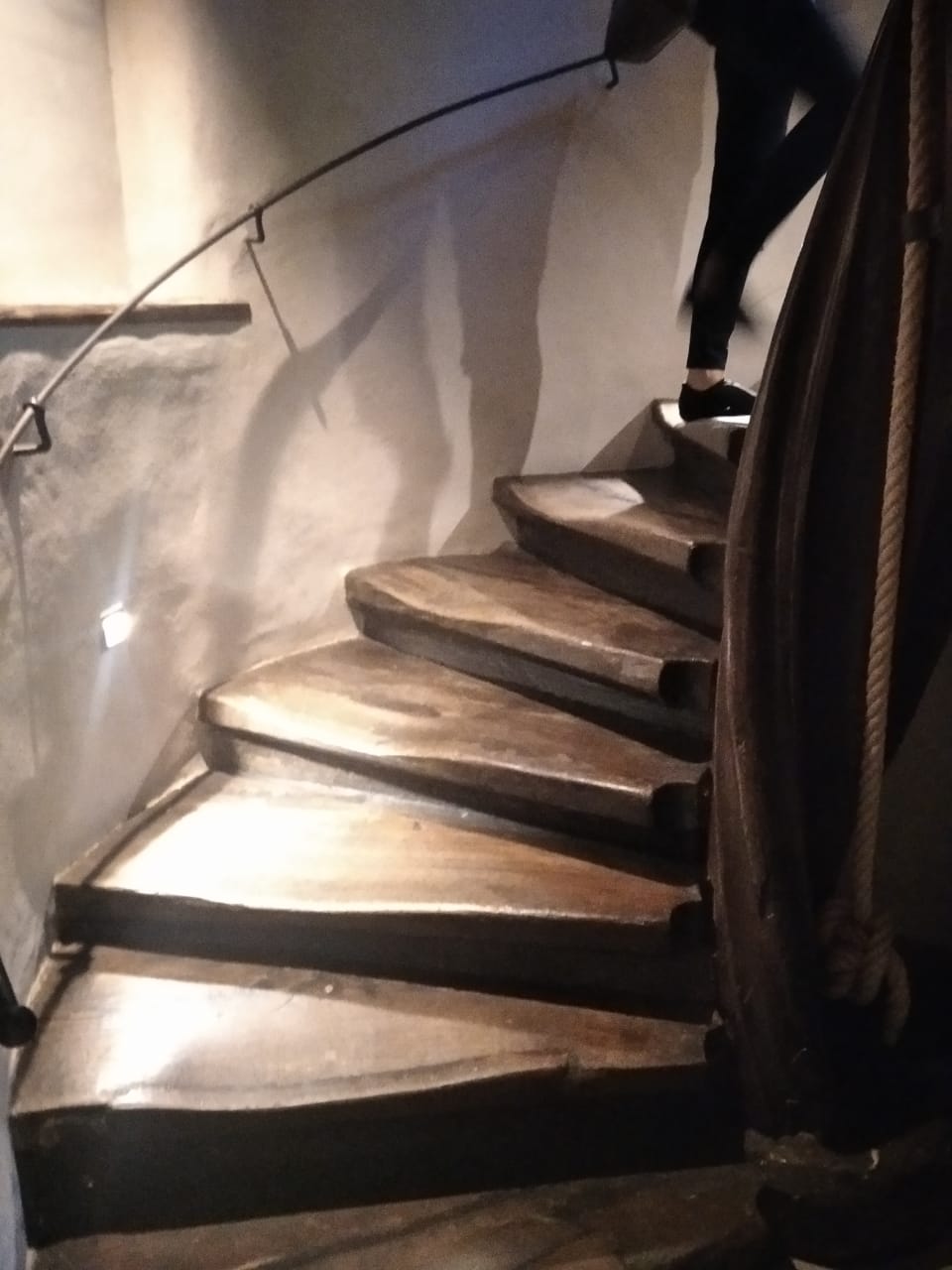 After understanding the entire setup of the exhibition I started to perceive the exhibited from a different angle, not as a reality or a part of a historical relic rather as a theater where a story is being narrated with the help of scenographers and dramaturg.

After that, I experienced the whole projection through a different trajectory, the ambiance, the light movement, the props; everything complementing to construct a narrative, the backdrop of narrative was famous alchemist Edward Kelly’s real house which is why the backdrop was establishing ambiance and relevance. The dummy of William Shakespeare sitting in the corner taking notes, King Rudolph hanging through the ceiling with joy, and Edward Kelly hiding behind the pillar after a failed experiment. 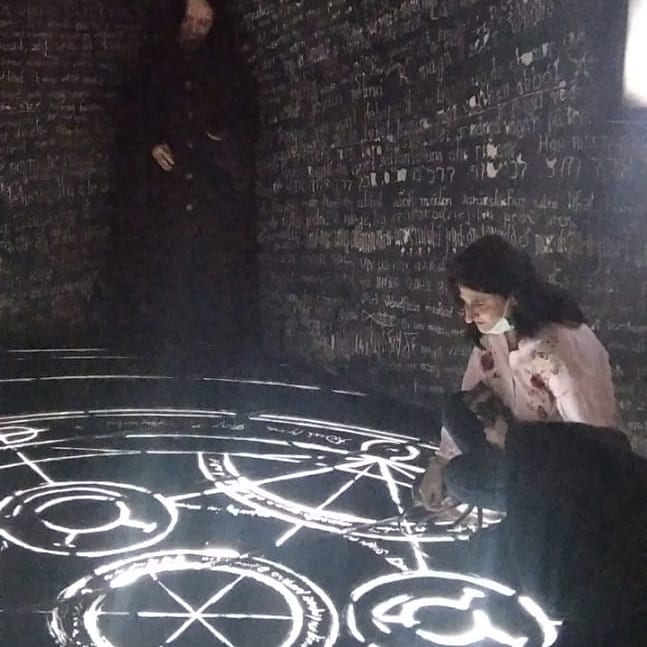 All the stuffed animals in the cages waiting to be experimented with a human replica in a human-size glass bottle whom a mysterious experiment had been conducted in result his brain popped out of the bottle. The dramaturge/ Curator linked it with a glass funnel and enchantingly explained to me “Madam although that was a failed experiment of Edward Kelly we have extracted a very mysterious mythical beverage from this brain which we are serving downstairs in the bar, would you like to have one? Moreover, if you want to volunteer yourself for the subject of the experiment”.

Czech theater history is not only unique but an amalgamation of almost all means of communication. The of the curator museum was not merely the curator but also a narrator or the foreman of a theatrical display, who not only connecting dots but also time-traveling me in history and then pulling me back into the present.

It is not unique for the people of Prague, he said; we have seven devils and seven doors in Prague; I forget to ask whether they too are mythical or actual, I will do my research on that, but he narrated that, “seven doors around Prague are closing the devils outside in the hell”.

Prague has its own almost 40 legends interestingly all human, unlike Greek legends they didn’t find a necessity to be half-human, half-lion, half-horse he explained; that our legends are all human but they have a thin line between life and death, for instance, our one legend is a headless warrior. 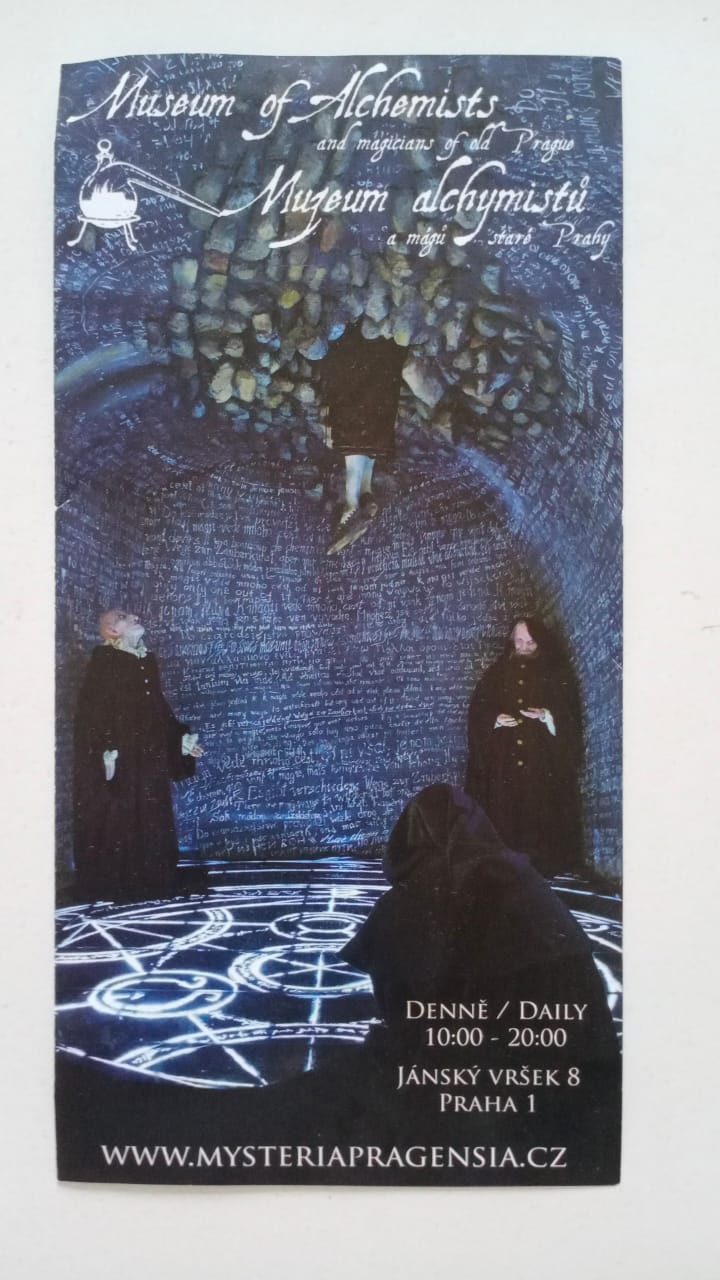 The entire ambiance of The Alchemist Museum was so perfect that everything seems possible there the articulation and the projection was the result of scenography lightning and the use of acoustics. I and already a fan of Prague theater and also a student of that, this was one of a unique experience of a theatrical display with silent characters communicating with gestures, objects participating as props, and lights deliberating mood and time.

My visit to Alchemist Museum was unique in the sense that history and storytelling were communicating in accordance.

First written references about the stone area at the current location of the Alchemist Museum dates back to the year 900 AD which means that this house is probably the second oldest building in Prague which was subtly holding past in one hand and present in the other, welcoming the audience with open arms providing antiquity of cemetery, pharmacy, and magic. 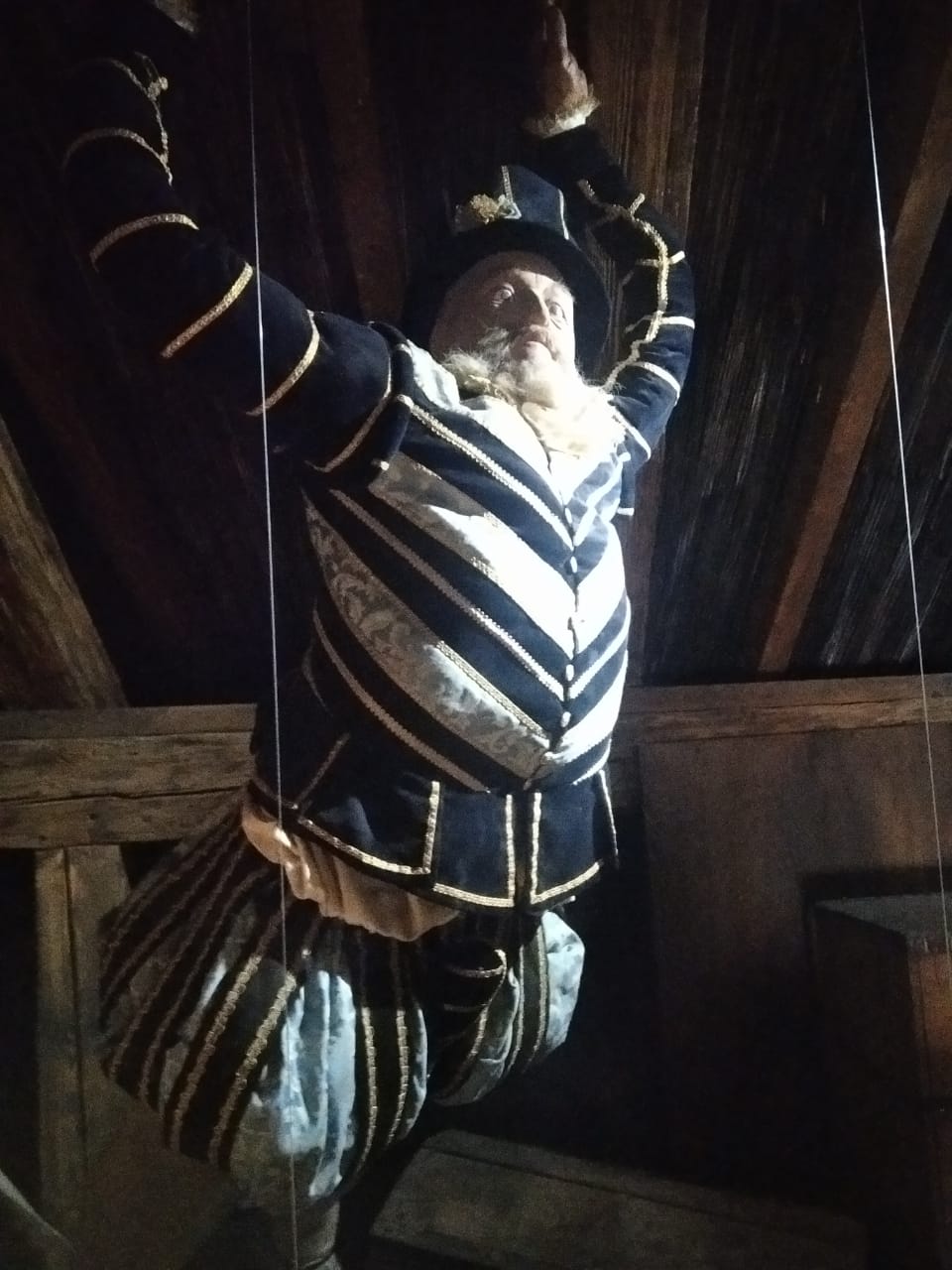 The website of The Alchemist Museum says that there was an herbal pharmacy in the 15th century, in which alchemists sell their potions and elixirs. In the 16th century, the house became a place where Emperor Rudolf II. established his alchemical laboratory and he invited many famous alchemists to work here. 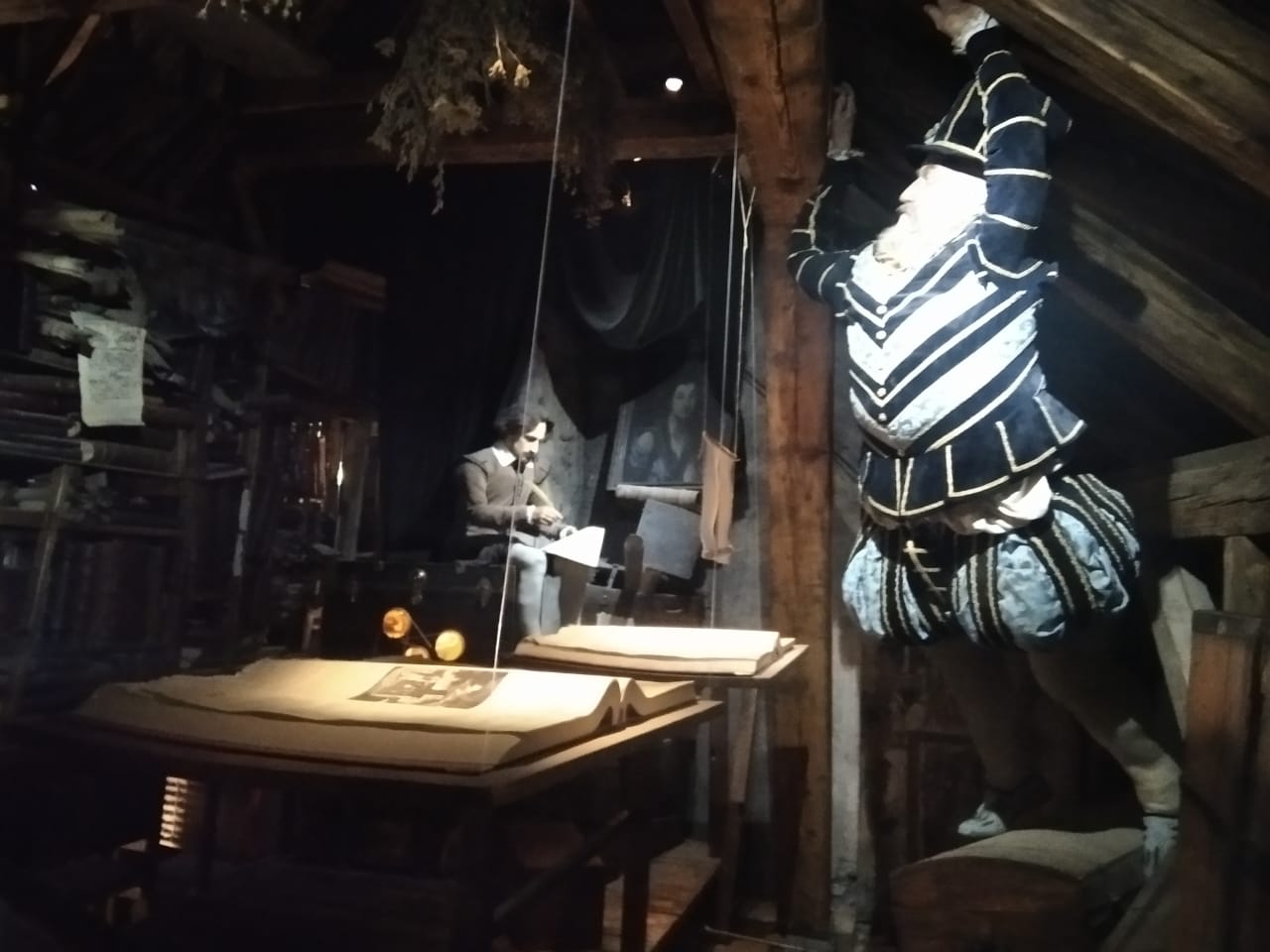 There were discovered alchemical workshops under the building and also underground tunnels that connected the three most important places in the city – Prague Castle, the Old Town Hall, and Barracks.

All facts myths stories juxtaposed as oral history displayed as exhibition and perceived as Theatre. 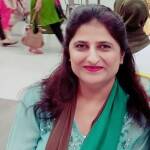