The meeting was held with prominent PPP UK leaders.

The federal minister informed about great stances the Party is taking with the Pakistan Peoples Party Chairman’s support to deliver innovative policies to overseas Pakistanis. 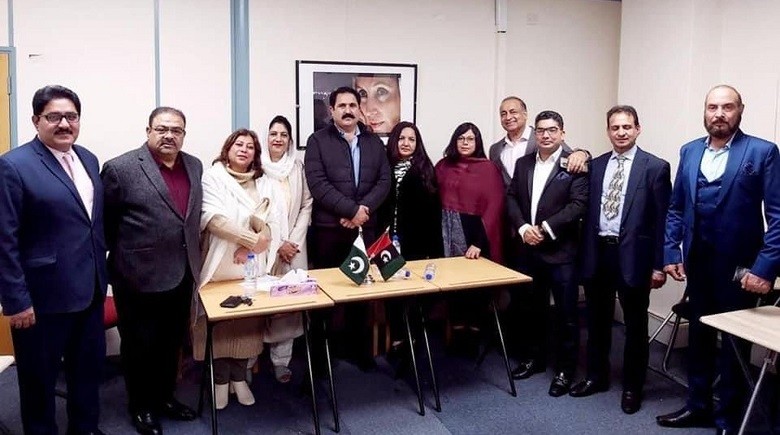 Sajid Hussain Turi reaffirmed and deliberated that in cooperation with Saudi Arabia he intends to establish a technical and vocational university, as Saudi Arabia is home to some 2.3 million Pakistani’s.

The minister further elaborated that with the collaboration of OPF a facilitation desk will operate in order to resolve problems of Pakistani’s and their dependants; a number of desks will be at Police Stations called facilitation desks.

A new plan is being created where constituents will be selected to represent them in Parliament, he added.

Sajid Hussain Turi also discussed the importance of trade and the implementation of cross boarders trade, and the deliverance of maximum employment opportunities for Pakistani’s. These are but to name a few of the plans that will be instigated by government.

The guests welcomed his endeavours to travel to meet more overseas Pakistanis.

The federal minister said that he would be travelling in the future to most of the main cities of the UK to hear and address the concerns.

The deployment of PIA is at the top of the list of priorities for Pakistan and it will be reviewed and will be further improved.