ISLAMABAD, Pakistan: The Opposition Leader in the National Assembly Syed Khursheed Shah has written a letter to the Election Commission of Pakistan (ECP) which demands to lift ban on government recruitments and development schemes.

In his letter written to the Secretary ECP Babar Yaqoob Fateh Muhammad, the Opposition Leader said that the decision taken by the ECP is premature. He said that the government system will come to a standstill if a ban is imposed before the announcement of schedule for 2018 general elections.

Khursheed Shah said that the Election Commission should review its decision. 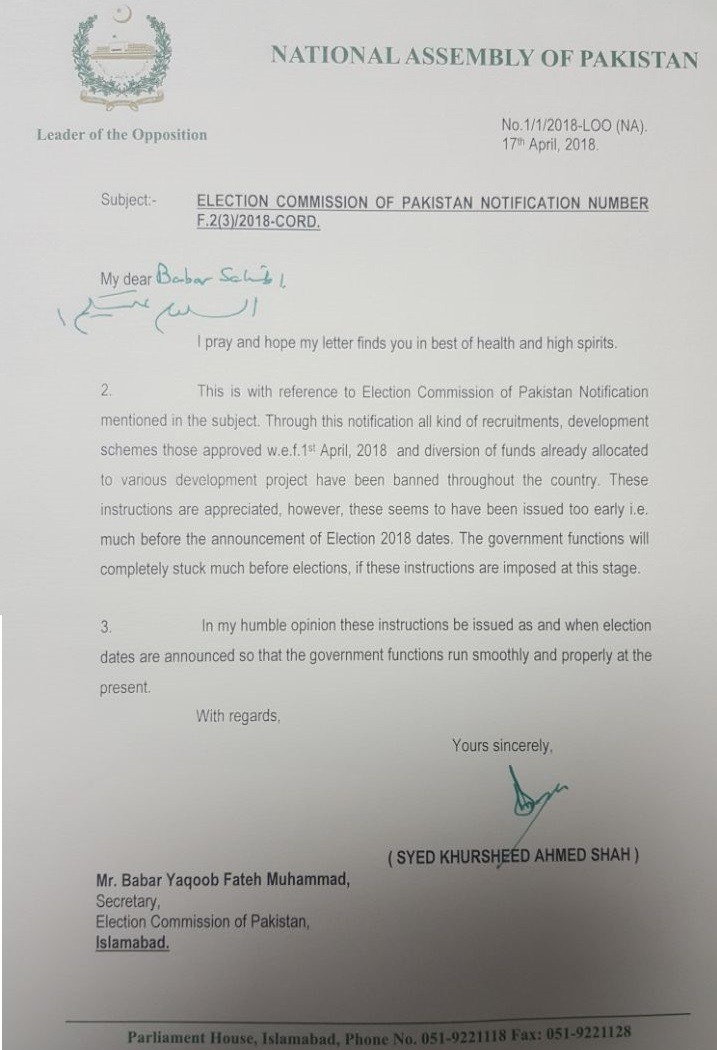 On April 11, the ECP imposed a ban on new appointments in any federal, provincial or district department from April 1, 2018 in a bid to ensure transparency in holding of upcoming general elections.

In addition to that, the ECP also said that no development scheme including installation of gas pipelines, carpeting of roads, and water supply etc would be allowed to be implemented after April 1 while the funds of on-going development schemes could not be utilized for any other purpose.

Mati
Mati-Ullah is the Online Editor For DND. He is the real man to handle the team around the Country and get news from them and provide to you instantly.
Share
Facebook
Twitter
Pinterest
WhatsApp
Previous articleMarriyum Aurangzeb hands over 8th Wage Board Award documents to PFUJ
Next articleMinister stresses investing more in human resource development