ISLAMABAD, Pakistan: A powerful earthquake jolted the Federal Capital and other parts of the Country on Wednesday, causing fear and panic among the people as they came out of their houses and offices.

The earthquake 6.1 on the Richter scale was felt in other parts of the Countries, neighboring India and Afghanistan as well. Its epicenter was reported 35km South of Jarm, Afghanistan with a depth 191 kilometers. 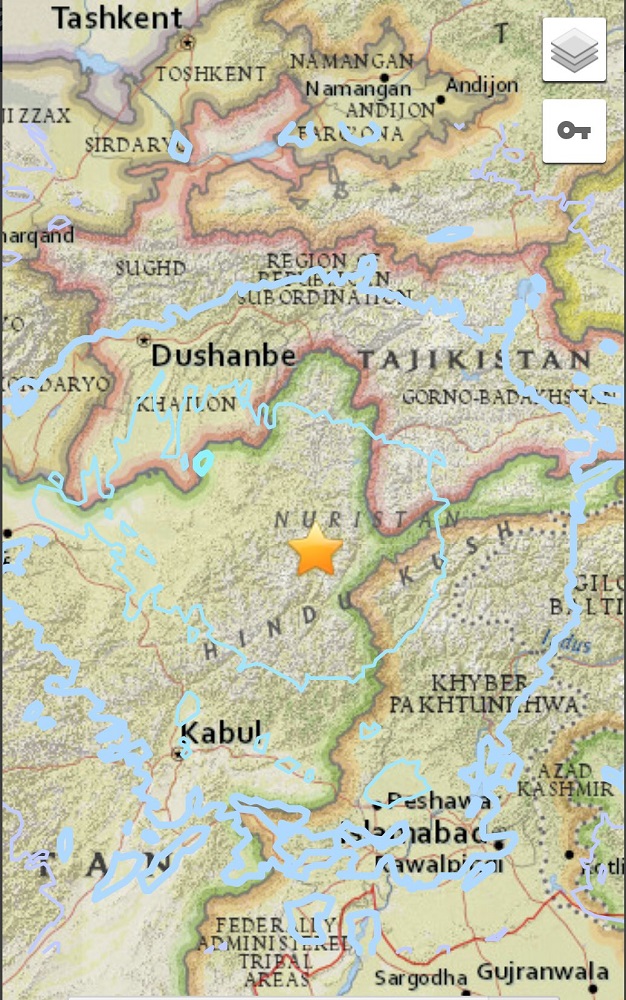 As per reports, a child was killed while nine people were injured when wall of a school collapsed in Bela Karas area of Lasbela District of Balochistan.

The media reports said that earthquake also hit parts of Azad Kashmir including Muzaffarabad and Rawalakot, as well as Chalas and Diamer.

The earthquake also struck parts of neighboring Countries India and Afghanistan including their Capitals – New Delhi and Kabul.