Monitoring Desk: Ambassador of Pakistan in UAE Faisal Niaz Tirmizi hopes that UAE-Pakistan annul trade that had already hit the figure of $ 10.6 billion, would soon be doubled.

In an exclusive interview with Emirates News Agency (WAM) at the Embassy of Pakistan in Abu Dhabi, Tirmizi stated the potential is much more than $10.6 billion and political leadership of Pakistan wishes to increase trade, promote business opportunities, investment, and elevate cultural interaction between Pakistan and the UAE.

The last calendar year recorded a $10.6bn in trade, “the highest volume Pakistan had in the Middle East and North Africa (MENA) region,” he added.

While appreciating UAE for the constant help it provides whenever Pakistan is in trouble, Ambassador Tirmizi informed the media that UAE was the most generous country that provided humanitarian relief to flood-affected areas in Pakistan, thanking President Sheikh Mohamed bin Zayed Al Nahyan, for his noble gestures.

The UAE established an air bridge to transport humanitarian aid to the people affected by the unprecedented floods. “They have sent more than 70 flights carrying relief items,” he said. “This was critical for those people affected by the floods.” Pakistan has estimated flood damages to exceed $14.9bn, economic losses over $15.2bn, and reconstruction needs over $16bn.


“We have one flood in 10 – 20 years and in 2010 and 2011 we had two floods and now the latest flood. Glaciers in the north of the country are disappearing,” he said, stressing that climate change should be addressed “as climate and environment are the common heritage of our planet”. 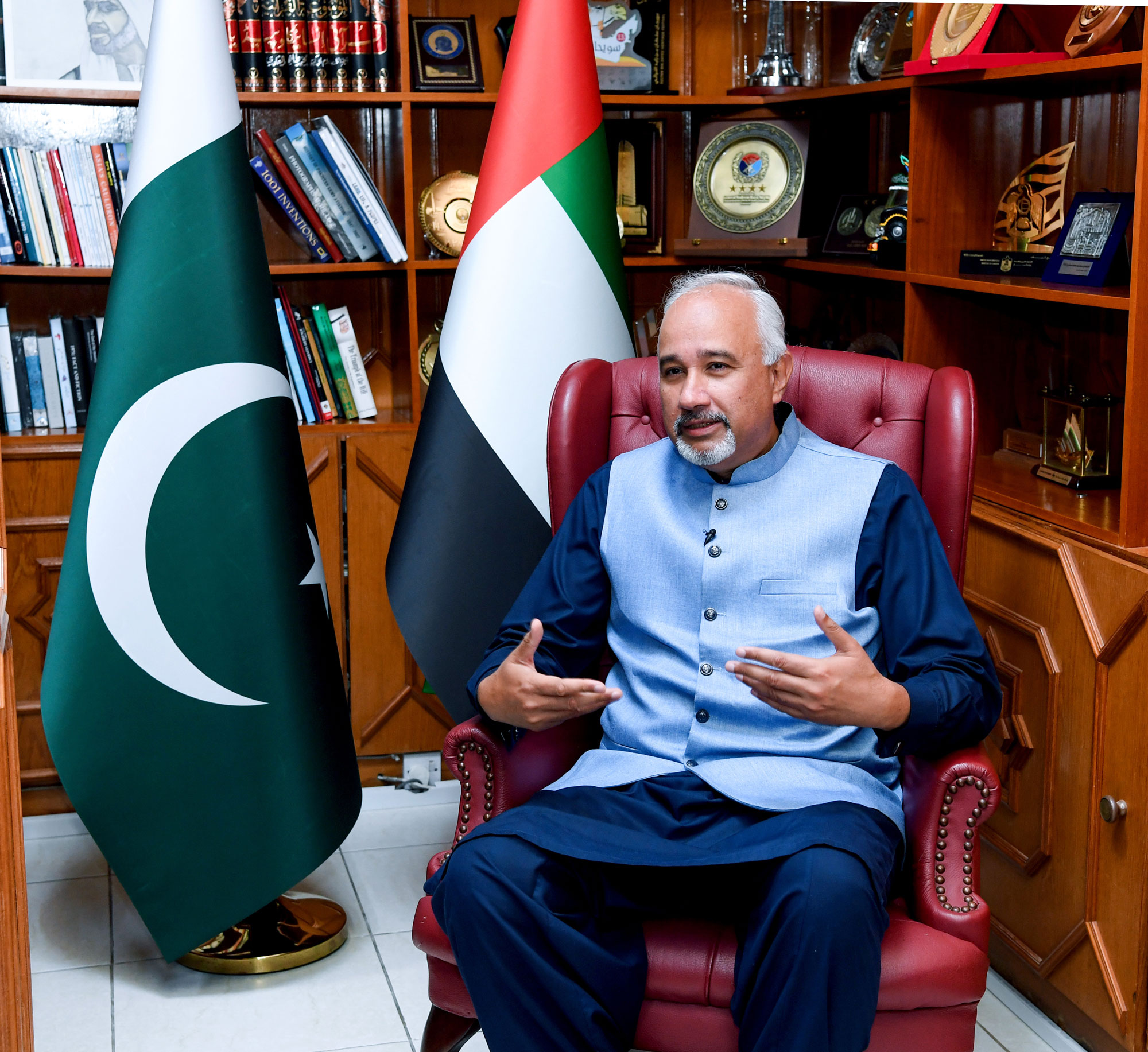 Ambassador Tirmizi said that the UAE and Pakistan enjoy historic relations. “Pakistan was the first country to send its ambassador six months before the formation of the UAE. Our first ambassador, Jamiluddin Hassan, came to the UAE in June 1971.

Ambassador Tirmizi who served as a counsellor during 2007-2010 at Pakistan Embassy in Abu Dhabi was of the view that Pakistanis consider the UAE their second home and vice versa. The close geographical proximity between the two countries gives a great opportunity to work together. Around 1.6 million Pakistanis are residing in the United Arab Emirates and during 2020-2021 they sent $6.11bn in remittances.

The ambassador confirmed that Pakistan has started negotiations on the Comprehensive Economic Partnership Agreement (CEPA) with the UAE and hoped to have significant progress by the year’s end. So far, the UAE has signed CEPA with three countries.

“Last year our exports increased to $3bn in these sectors. We have skilled manpower and new start-ups. I will be focusing very closely on this because I think there are immense opportunities between the UAE and Pakistan to further collaborate.”, shared the Ambassador.

Talking about the environmental policy adopted by gulf states, the Ambassador said that the UAE had taken a lead in climate change as it is hosting COP28 in November 2023.

“Climate change is something that is really impacting the lives and livelihood of so many people,” he noted, adding that Pakistan is only contributing less than 1 percent to global greenhouse gas emissions and is one of the most vulnerable countries to the impacts of climate change.

The ambassador said that the UAE has taken a lead in clean energy. “They are investing both in technology and in projects like solar, wind, or any other renewables.

“Pakistan will be working closely with the UAE, and you will see very soon the fruition of these negotiations that have already started between the two countries, he said.