ISLAMABAD, Pakistan: Pakistan Tehreek-e-Insaf (PTI) added more prominent personalities and political heavyweights from Gilgit-Baltistan (GB) into its fold ahead of the scheduled elections in the region, making the party the most formidable political force of the area.

Former Health Minister Gilgit Baltistan Haji Gulbar Khan and former Minister for Excise and Taxation GB, Haider Khan are also among such prominent political figures who formally announced their joining of PTI along with their associates.

Both the political bigwigs made the announcement during their meeting with PTI Chief Organizer Saifullah Khan Nyazee here in the party central secretariat. 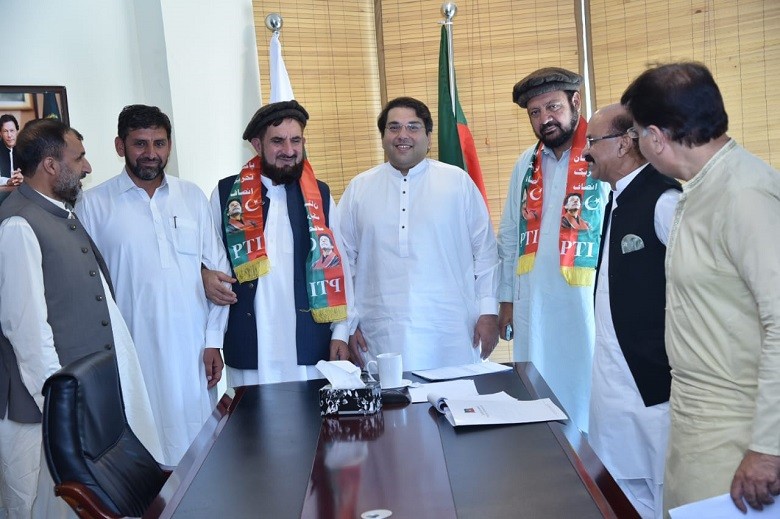 The PTI Chief Organizer welcomed the joining of eminent social and political personalities of GB and added that PTI has become the most popular political party in the region.

He went on to say that the prominent and influential figures joining PTI in large number which speaks volume of the popularity of the party.

Saifullah said that the people of the region are embracing the manifesto, vision and message of Prime Minister Imran Khan and a new era of construction and development of GB and the welfare of the people will begin.

He further added that the PTI will leave no stone unturned to usher an era of development and prosperity in the region after coming into power.

Saifullah said that PTI has formulated a comprehensive development program for GB and upcoming elections in GB would mark the beginning of a new era in the political history of the region.

He said that PTI will take the region out of deprivation caused by poor governance of the status-quo parties which kept the area deprived and underdeveloped.

Saifullah vowed that PTI would win the elections with a clear majority by adopting the right strategy to pave the way to good governance and a transformed system inspired by the vision of PM Imran Khan.

Both leaders on this occasion said that GB is always ready to play its full part in nation-building and the people of Gilgit have full confidence in PTI’s manifesto and Prime Minister Imran Khan’s revolutionary leadership.

They said that the people of GB will soon show their full demonstration of love and trust in Imran Khan’s leadership in upcoming elections.