Monitoring Desk: “I am of the view that if Imran Khan is the greatest accident in political history then we should remember he had been nurtured for years–at least since 2007. If his talks against the Pakistan Army are the greatest accident, then we should recollect the long history of political meddling of adventurists since the 1950s. Do we not recall the 1964 elections of Fatima Jinnah, the 1979 hanging of former Prime Minister Zulfiqar Ali Bhutto, the 1985 party-less elections, the 1988 formation of IJI and 2000s Moderate Enlightenment, the 2010s Naya Pakistan project, and many more incidents I must refrain from mentioning here?”.

Agha Iqrar Haroon observed this in his article titled “An Accident does not occur abruptly” published in daily Pakistan Today on Tuesday.

The writer is of the view that the political stage Pakistan is going through is an outstanding sample that one cause can correspond to different effects in different circumstances. Political engineering and creating heroes had been successful and terminating projects had been easy in the past, but this time it is affecting the entire fabric of society and there are fears in the minds of people that it will be disastrous when this effect works as a “cause” for the corresponding effect.

The writer says that the military establishment had been facing criticism for allegedly creating a hybrid creature as well as a hybrid system in the shape of the PTI government and this a kind of creating “Frankenstein’s monster”. 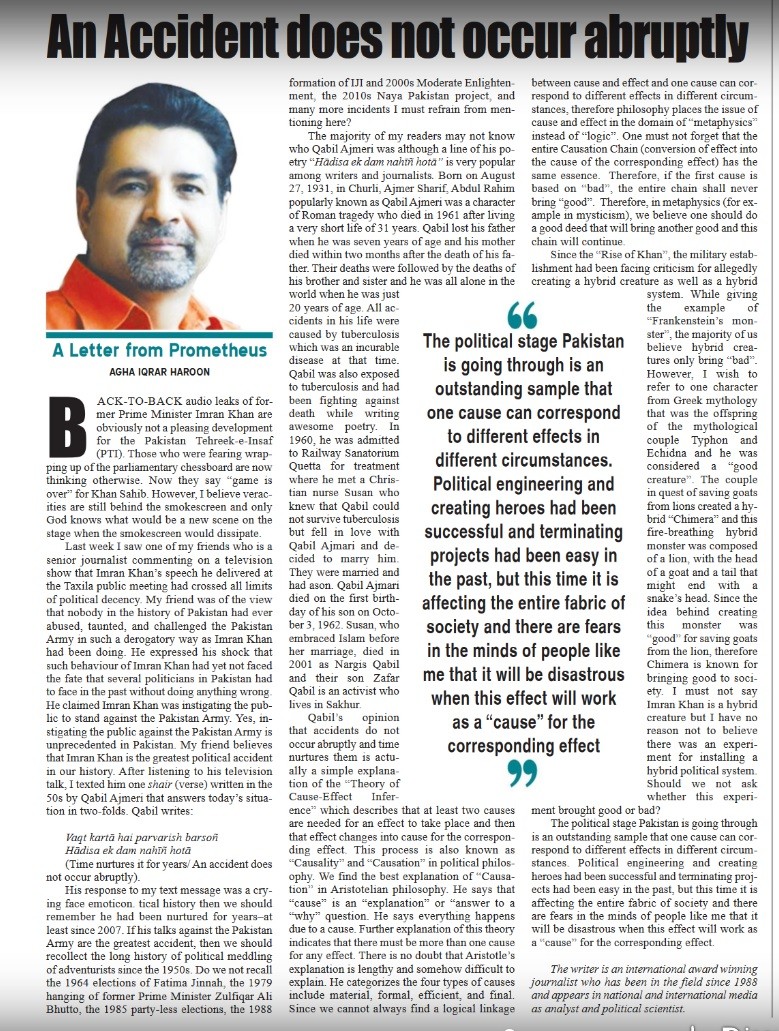 Read the complete article at Pakistan Today, click this link