ISLAMABAD, Pakistan: Prime Minister Shahbaz Sharif has said that the use of inappropriate language against the state institutions and their leadership by the former Prime Minister Imran Khan needs to be stopped by enforcing the law and the Constitution.

Taking the floor of the National Assembly on Monday, he said that yesterday Imran Khan used derogatory words against state institutions which is a conspiracy against the state organs and that is not acceptable. 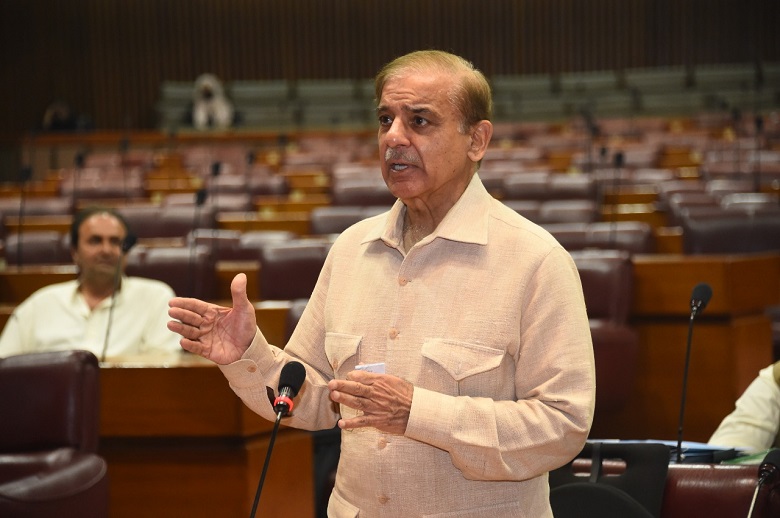 The prime minister said the last government-led by Pakistan Tehreek-e-Insaf (PTI) increased the Country’s debt by 85 percent and a fiscal deficit of US$ 5,500 billion. He said that the last government has mortgaged the future of coming generations by taking massive loans.

Talking about the much-hyped conspiracy mantra by PTI, he said that the National Security Committee did not find a shred of conspiracy type thing.

About power outages in the Country on Eid-ul-Fitr, Shahbaz Sharif said that the government will investigate the matter and submit a report in the House.

Shahbaz Sharif said that it is a fact that the last government neither imported fuel well in time nor ensured maintenance of the power plants to generate sufficient amount of electricity to fulfil power needs of the Country.

Mati
Mati-Ullah is the Online Editor For DND. He is the real man to handle the team around the Country and get news from them and provide to you instantly.
Share
Facebook
Twitter
Pinterest
WhatsApp
Previous articleTaro partners with Muawin to redefine BNPL in Pakistan
Next articleNA passes resolution against Imran Khan for criticizing state institutions