Prime Minister Imran Khan will pay a working visit to Russia on February 23-24, 2022 at the invitation of President of the Russian Federation Vladimir Putin. The visit of Prime Minister of Pakistan Imran Khan to Russia has created a lot of reservations for India and the United States and Indian Think Tanks are of the view that this visit can shape the Russia-Chinese-Pakistan strategic partnership in the region where Indo-US Strategic Partnership has shaped since last decade and Indo-Russo partnership is reshaping though having contradictions over the future strategic map of the Indo-Pacific.

It is fact that Russian- Chinese Strategic Partnership serves as the joint engine for accelerating the emerging Multipolar World Order and entering Pakistan into this partnership will surely benefit all three partners. It is also a fact that the Russian-Indian Strategic. Indian Think Tanks fear that Russia, Pakistan, and China can synchronize in Eurasian Economic Union (EAEU) and Belt and Road Initiatives (BRI) that would enhance Chinese economic reach as far as the last city of Europe.

There is no doubt that Russia and India are informally attempting to jointly assemble a new Non-Aligned Movement (“Neo-NAM”) for creating the third pole of influence in the bi-multipolar world order. Russian-Indian Relations nowadays going through a sensitive phase over the Ukraine issue because India looks to stand with the United States but has deep-rooted diplomatic relations with Ukraine.

The majority of Eastern European Think Tanks are seriously following changing scenarios linking Eastern Europe with South Asia through Indo-Russo and Pak-Russian contacts. They believe North-South Gas Pipeline will raise Russian stakes in South Asia and Pakistan-Russia ties show seriousness about Multipolar Grand Strategy. I believe that Russia is not hyphenating India-Pakistan but balancing both for the “Win-Win Plan”

Russian Pakistani relations began to significantly strengthen in response to shared security threats stemming from ISIS-K’s emergence in Afghanistan. If one follows the strategic initiatives of Russia, one can understand that Pakistan is the last piece of Russia’s Greater Eurasian Partnership (GEP) as reported in June 2020.

Russian led concept of GEP is envisaged to become an important component of its contemporary foreign policy. President Putin in APEC Summit in November 2017 explained what is his vision about GEP and said that GEP is a grand strategic vision as on the basis of the Eurasian Economic Union (EAEU) and China’s Belt and Road initiative (BRI)”. He added that “this is a flexible modern project open to other participants.” I believe that invitation of President Putin to Prime Minister Khan is part of his strategy of including Pakistan into GEP. I believe the geopolitical balancing, strategic diversification, and geo-economically driven bases of Russian-Pakistani relations are mutually beneficial and can help Pakistan develop even faster and it is of urgent importance for Pakistan to accelerate its geo-economic development vision as soon as possible.

Putin’s upcoming meeting with Prime Minister Khan will incorporate some of these grand strategic commonalities between their two countries, particularly their energy and connectivity cooperation as well as continued diplomatic efforts to manage the ongoing Afghan Crisis.

Whatever would be results of the Khan-Putin meeting, one should watch their meeting while accepting the fact that Russian-Indian relations remain much more important for Moscow than its rapidly developing ties with Pakistan can ever become even in the best-case scenario of the latter. Those who claim otherwise are deliberately ignoring the details contained in the 99-paragraph reaffirmed strategic partnership declaration that was agreed to by President Putin and Indian Prime Minister Modi during the former’s trip to India in last December. 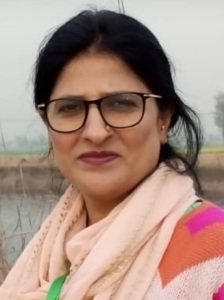 Note: The writer Shazia Cheema is an analyst writing for national and international media outlets including the Nation, Pakistan Today, Pakistan Observer, Eurasia Diary, InSight, and Mina News Agency. She did her MA in Cognitive Semiotics from Aarhus University Denmark and is currently registered as a Ph.D. Scholar of Semiotics and Philosophy of Communication at Charles University Prague. She can be reached at her: Twitter @ShaziaAnwerCh  Email: shaziaanwer@yahoo.com