“I want to thank Dr. Mahathir Bin Mohamad for speaking in support of Kashmiris and against Indian repression in IIOJK – this time at a function on 8 Aug to mark a year of the illegal Indian actions in IIOJK,” Imran Khan said in a Tweet on Saturday. 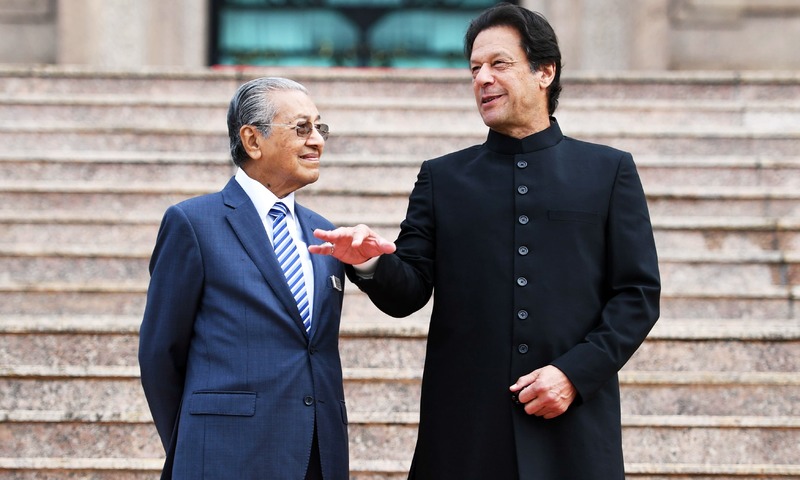 Earlier while addressing a ceremony to express solidarity with the people of Kashmir in Kuala Lumpur, Dr. Mahathir Mohamad termed the Indian action of abrogating articles 370 and 35A as illegal.

Mahathir Mohamad said that Kashmiris are living under a siege by 900,000 occupation forces of India.

In a separate Tweet, Prime Minister Imran Khan said that he wants everyone to join him tomorrow in planting trees all over Pakistan.

The prime minister said that he has asked his Members of Provincial Assemblies (MPs), Ministers, Chief Ministers, and Tiger Force to participate in the biggest tree planting campaign in our history.

Imran Khan said that the target is 3.5 million trees in a day though we will try to exceed it.

Mati
Mati-Ullah is the Online Editor For DND. He is the real man to handle the team around the Country and get news from them and provide to you instantly.
Share
Facebook
Twitter
Pinterest
WhatsApp
Previous articleIlliteracy replaced by E-literacy: Around 22.8 million forgotten souls demand attention
Next articleThousands of tourists reached Naran Valley but found PTDC Motel non-operational