ISLAMABAD, Pakistan: Prime Minister Imran Khan left for Balochistan’s Capital on Saturday after the funeral prayers of martyred 11 coal miners were offered and buried at Hazara graveyard in Quetta a short while ago.

In Quetta, the prime minister will meet the families of martyred miners to express solidarity with them and also take steps to further improve the security situation in the restive Balochistan province.

Sources said that the Chief of Army Staff (COAS) General Qamar Javed Bajwa is likely to accompany the prime minister during his visit to Quetta.

Following the incident, the families of martyrs refused to bury the dead bodies and staged a sit-in in Quetta, demanding Prime Minister Imran Khan to visit them and taking the culprits to the task. 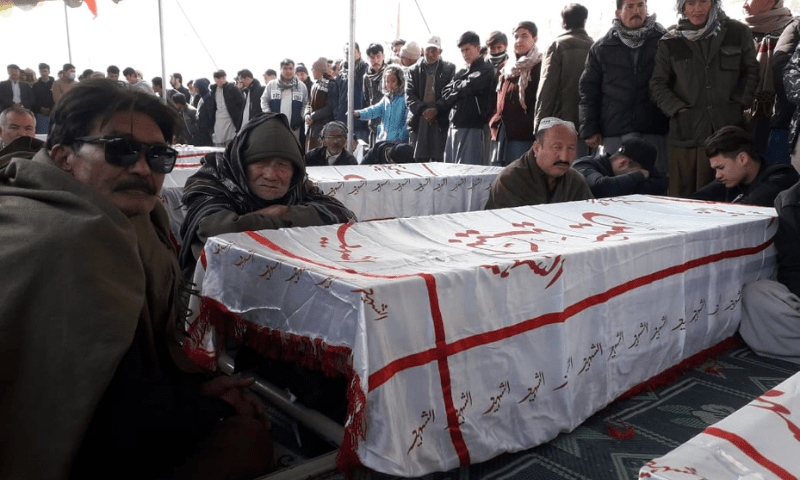 Earlier last night, the heirs of martyrs agreed to bury dead bodies after successful negotiations with the Balochistan government.

While addressing the participants of a sit-in in Quetta, the Federal Minister for Maritime Affairs Ali Haider Zaidi assured the Hazara Community that the terrorists behind the Mach tragic incident would not be spared at any cost.

Ali Zaidi said that all demands of the Hazara Community have been accepted by the government. He said that the Balochistan government will provide jobs to the heirs of the martyrs.

The minister said that a Committee headed by the Provincial Home Minister has been constituted to monitor the progress on the execution of demands of the Hazara Community.

Meanwhile, the funeral prayers of martyrs of the Mach incident were offered in Quetta today which were also attended by besides a large number of people, the Deputy Speaker National Assembly Qasim Khan Suri, the Prime Minister’s Special Assistant on Overseas Pakistanis Zulfiqar Abbas Bukhari, the Federal Minister for Maritime Affairs Ali Haider Zaidi, the Provincial Ministers, and leaders of different political parties.

Later, they were buried at Hazara graveyard.

Mati
Mati-Ullah is the Online Editor For DND. He is the real man to handle the team around the Country and get news from them and provide to you instantly.
Share
Facebook
Twitter
Pinterest
WhatsApp
Previous articleYasir Hussain Reveals All About How He Fell In Love With Iqra Aziz!
Next articlePakistan’s exports to UK cross $1 billion