While addressing the ceremony in connection with the launch of Pakistan’s first environment-friendly electric bike in Islamabad on Thursday, Prime Minister Imran Khan said that our electric vehicle policy is part of the government’s Clean and Green Initiative.

Terming the manufacturing of electric bikes a futuristic and positive step, he said that we have to manufacture electric buses and cars in order to address the issue of pollution in big cities where the pollution level has reached dangerous levels.

In addition, he said that we are also executing the 10 Billion Tree Tsunami project and preparing master plans for Cities to deal with the issue.

As regards wealth creation, the prime minister said that it will be ensured that auto parts including that of motorcycles and other raw materials are locally manufactured.

The prime minister said that the local production of products will be ensured in order to bolster our exports to address the issue of balance of payment on a permanent basis. He assured to extend every possible assistance to strengthen the auto sector.

The E-Bike is manufactured by a Pakistani Company Jolta Electric and is considered as a major step towards the electrifying automobile industry.

It will be energy efficient and could be charged overnight with other features such as no clutch and gear and low maintenance. 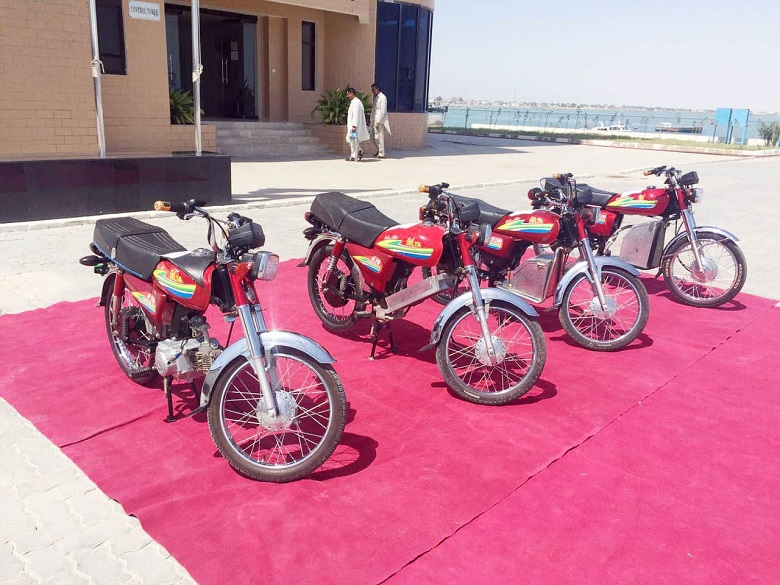 Various models of Jolta E-Bikes have different speed specifications from 10 to 60 kilometers per hour and could cover a distance after full charge from 60 to 100 kilometers.

It has been through five years of product designing, development, and manufacturing experience in China.

The launching of E-Bike is part of the present government’s five-year Pakistan Electric Vehicles Policy 2020-2025, approved last year and envisages targeting a robust electric vehicle market having a 30 percent and 90 percent share in passenger vehicles and heavy-duty trucks by 2030 and 2040 respectively.

The salient features of the Electric Vehicles Policy 2020-2025 includes a phased transition of the automobile industry as it would be covering two and three wheelers and heavy commercial vehicles providing incentives to manufacturers.