The event was organized by Pakistan in coordination with Uzbek authorities in Tashkent with a view to boosting bilateral trade and economic relations.

The Prime Minister of Uzbekistan Abdulla Aripov participated in the inauguration ceremony and delivered remarks. 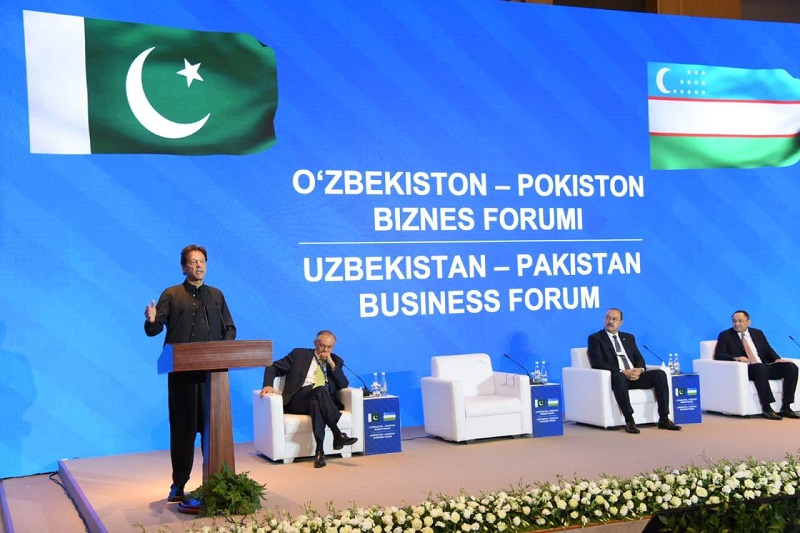 The prime minister underlined the importance attached by Pakistan to deeper engagement with Central Asia and with Uzbekistan as the biggest economy in the region. He underscored that both Countries must comprehensively upgrade trade and economic ties.

Noting the participation of over 100 top Pakistan businessmen, the prime minister stressed that it presented a huge opportunity to forge stronger partnership with Uzbekistan Counterparts.

The prime minister welcomed the conclusion of a large number of business contracts & deals between various companies on two sides.

Prime Minister Imran Khan emphasised in particular the primary importance of promoting connectivity and highlighted in this regard Pakistan’s readiness to provide access through Pakistani seaports.

Imran Khan underscored that peace in Afghanistan was of pivotal importance in advancing the connectivity agenda. He highlighted Pakistan’s efforts in support of the peace process.