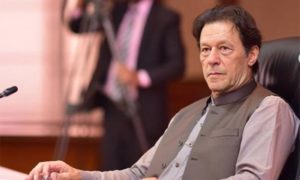 ISLAMABAD, Pakistan: Prime Minister Imran Khan on Thursday directed the authorities concerned to make the reports of plane crash incidents occurred in the past public so that the people could know the facts.

While presiding over a meeting in Islamabad, the prime minister directed to ensure a transparent and impartial investigation into the Karachi plane crash.

In the meeting, the prime minister was briefed about the progress made so far in the investigation of the passenger plane incident taken place in Karachi on May 22.

Imran Khan said that no effort should be spared to bring the facts about the plane crash to the fore. He said that all facts and details of the investigation will be made public.

The prime minister said that the compensation amount should be given to the bereaved families of martyred passengers as well as a package is prepared for those whose properties and houses were damaged in the incident.

Terming the Karachi plane crash as a major tragedy, he said that we share the grief of the bereaved families at this difficult hour.