ISLAMABAD, Pakistan: For the first time in the Country’s history, Prime Minister Imran Khan on Thursday allotted 1,008 flats and 500 houses for poor workers and widows on a low-cost mortgage in a bid to uplift the weaker segments of society.

The prime minister performed balloting at the site of affordable residences constructed in the suburbs of Islamabad under the Naya Pakistan Housing Project carried out by the Workers Welfare Fund (WWF) and the Overseas Pakistanis and Human Resource Development.

In his address at the Ceremony held in connection with the allotment of houses and flats to working-class under the Naya Pakistan Housing Program, the prime minister expressed the commitment to uplift the weak and underprivileged segments of the society.

The prime minister said that it is very difficult for the salaried class, workers, and laborers to construct or purchase a house in the cities due to soaring prices of land. 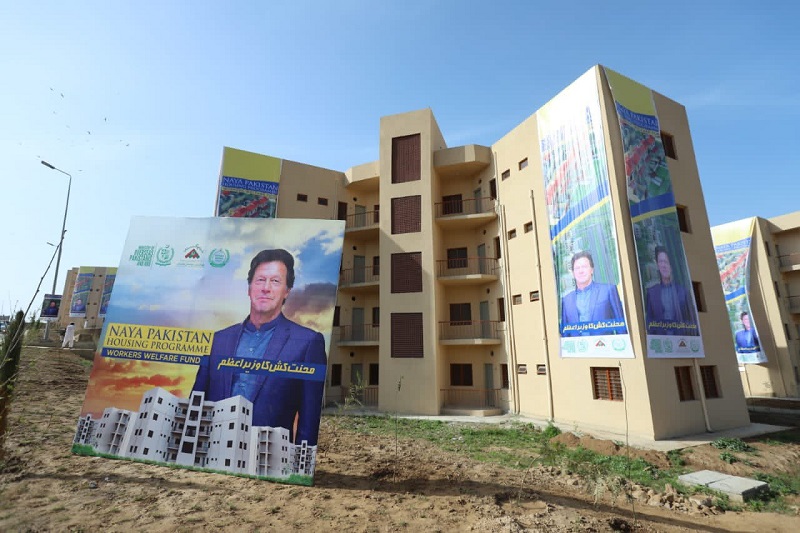 Prime Minister Imran Khan said that the government has started the Naya Pakistan Housing Program with a new mindset to provide support to these segments of the society to own a house. He pointed out that the government has introduced a legislation under which the banks will provide loans on a 5% interest rate for the construction of houses.

The prime minister assured to allocate more funds for the housing program with the increase in the revenue of the government so that the working and the salaried class could build their houses.

Imran Khan said that there is a boom in the construction industry due to the incentives given by the present government. He said that this will not only lead to wealth creation but also provide job opportunities to the youth.

Earlier in his remarks, the Special Assistant on Overseas Pakistanis Zulfikar Bukhari said that in the first phase of this project completed by the Workers Welfare Fund, 1,008 flats and 500 houses have been constructed. These are being given to the workers on the basis of proprietary rights.

Zulfikar Bukhari said that in the next phase 1,504 more housing units will be constructed. He added that this project is the beginning of providing low-cost and affordable houses to the weak segments of the society.