TOKYO, Japan: A Photo Exhibition was held at the Embassy of Pakistan in Tokyo to commemorate the 81st Pakistan Day.

The theme of the exhibition was Pakistan’s nature and diversity.

Speaking at the inauguration, Pakistan’s Ambassador to Japan Imtiaz Ahmad said that Pakistan is one of those few Countries which is blessed with rich diversity. 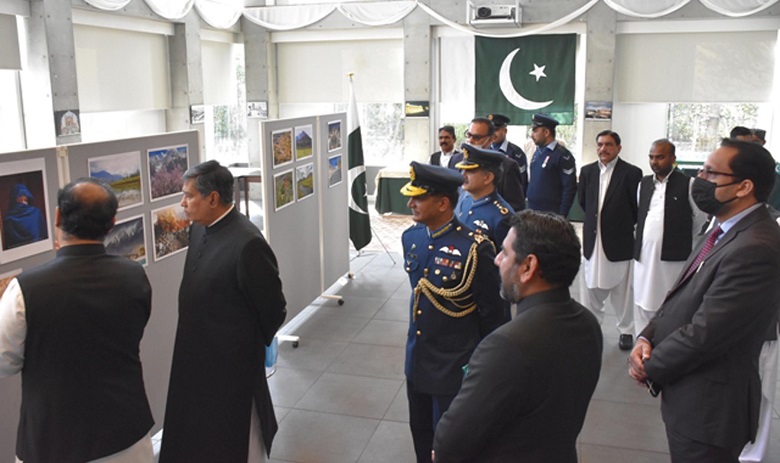 The ambassador said that we have relics of some of the oldest civilizations in the world, exquisite scenic beauty, highest peaks, sacred religious and historical places, seasonal variations, unique arts and crafts, rich traditions, and delicious cuisine.

Ambassador Imtiaz Ahmad said that preserving precious memories, bonds, and moments in photographs is an important part of human culture.

The visitors admired the work of Mahnoor Saghir, Fakhr e Alam, Qammer Wazir, and Nauman that was at display.

Speaking to the journalists, Ambassador Ahmad reaffirmed the importance of relationship with Japan and said that Pakistan and Japan are long-standing friends and share a special bond based on deep-rooted linkages that go far in history and time.

The ambassador said that the people of Pakistan carry a deep sentiment of warmth and affection for Japan and the Japanese people. We have always stood with each other in times of need, calamity and natural disasters, he added.

The event was attended by Ms. Natsuko Kikuchi of The Yomiuri Shimbun, Ms. Tamami Kawakami of The Mainichi, Mr. Tsukasa Arita of Kyodo News and Ms. Mai Asami of JIJI press.