ISLAMABAD, Pakistan: The federal government on Monday agreed to accept the demands of the Journalist Community, announcing the 8th Wage Board Award for media workers.

It followed successful talks held at National Press Club (NPC) in Islamabad between the Minister of State for Information Marriyum Aurangzeb and Pakistan Federal Union of Journalists (PFUJ) leadership.

The PFUJ had given a call for a protest movement ‘‘Tehreek-e-Haqooq Media Workers” which was scheduled to be launched from April 9 (today) in a bid to pressurize the government to fulfill certain demands which included formation of the 8th Wage Board by under the Newspapers Employees (Conditions of Services) Act 1973, legislation for the salary structure for Electronic Media workers and an end to Contract System.

Under the ‘‘Tehreek-e-Haqooq Media Workers”, Journalists’ Unions across the Country and other media organizations planned to stage a protest camp on the call of PFUJ outside the Parliament House till their demands were met. However, Marriyum Aurangzeb today reached NPC and assured the PFUJ leadership that their demands would be fulfilled. 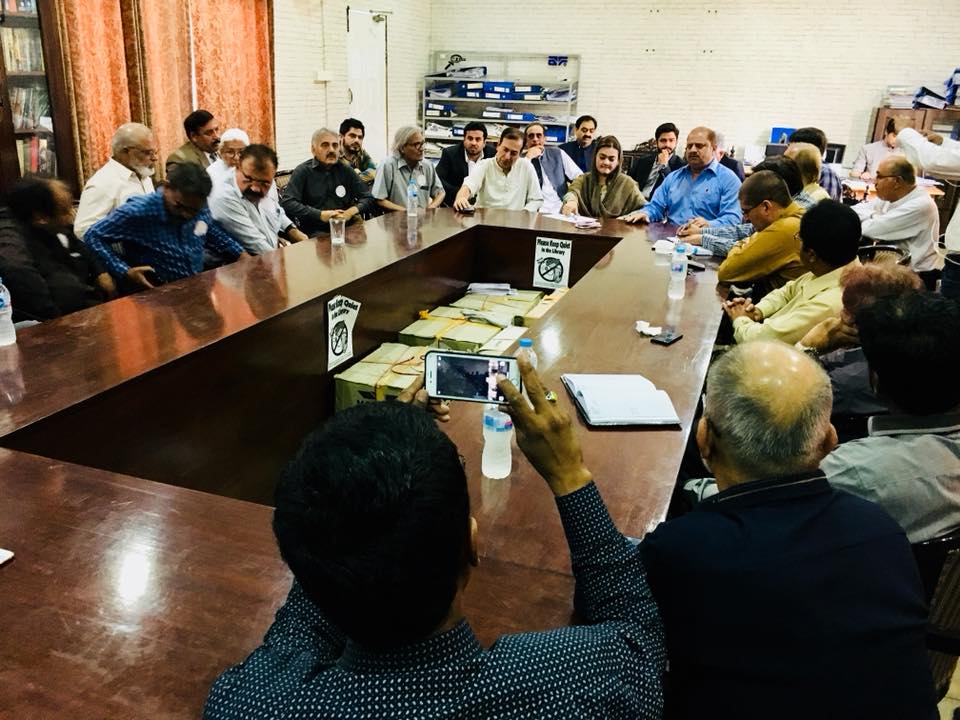 Later in a Press Conference at NPC, the information minister said the matter of 8th Wage Board Award for media workers would be presented in the next Cabinet meeting for approval.

Marriyum Aurangzeb said representatives of all the concerned parties had been included in the board.

The minister said journalists had played an important role for strengthening democracy and elimination of terrorism, and the government would ensure protection of their rights.

Earlier hundreds of journalists and media workers from across the Country had arrived in the Federal Capital to participate in the protest under the ‘‘Tehreek-e-Haqooq Media Workers”.

The PFUJ President Afzal Butt and the PFUJ Secretary General Ayub Jan Sarhandi reiterated their resolve to stand by the oppressed media workers, and continue to strive till their journalist welfare-specific demands are accepted.

They said that the PFUJ along with all Journalists’ Unions and other media organizations would leave no stone unturned in the pursuit of journalist welfare.

Mati
Mati-Ullah is the Online Editor For DND. He is the real man to handle the team around the Country and get news from them and provide to you instantly.
Share
Facebook
Twitter
Pinterest
WhatsApp
Previous articleCPEC proving to be oxygen for Pakistan: Ahsan Iqbal
Next articleFederal govt to train 1 million people in freelancing under DigiSkills program