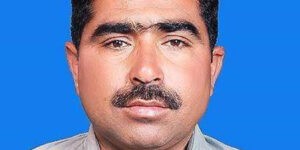 The reporter Zulfiqar Ali Mandrani associated with the Sindhi newspaper ‘Daily Koshish’ was shot dead by two unknown assailants in the jurisdiction of Dudaour Police Station in Jacobabad on Tuesday.

In a joint statement, the PFUJ President Shahzada Zulfiqar and the Secretary General Nasir Zaidi urged the Sindh government and police to take foolproof measures and arrest the culprits behind this heinous crime.

“The murder must be independently investigated by the police. The Sindh government must ensure an independent probe to get justice for the family of Zulfiqar Ali Mandrani,” they added.

As per the 2020 World Press Freedom Index by Reporters Without Borders (RSF), Pakistan stands at 145th place out of 180 Countries in the world rankings.

Mati
Mati-Ullah is the Online Editor For DND. He is the real man to handle the team around the Country and get news from them and provide to you instantly.
Share
Facebook
Twitter
Pinterest
WhatsApp
Previous article
French investigators confirm Cockpit Voice Recorder of PIA #PK8303 had not been found
Next article
Modi government becoming a threat to India’s neighbours: PM Imran Khan
Share
Facebook
Twitter
Pinterest
WhatsApp