New Delhi, India: The “People’s Tribunal on Delhi Carnage” which was held on March 16, 2020 observed that Police along with rioters attacked Muslims.
Tribunal also observed that North-East Delhi riots were found similar to the 1984 anti-Sikh riots, reports DND News Agency.

Acknowledging the repressive onslaught due to planned riots to attack the residents of North-East Delhi and putting their lives, livelihoods and houses are at risk, a ‘People’s Tribunal on Delhi Carnage’ was organized on March 16, 2020 in collaboration with Alliance Defending Freedom, Aman Biradari, Amnesty International India and Muslim Women’s Forum.
More than 30 riot-victims and some prominent civil society activists gave testimonies in front of the jury for this tribunal that consisted of Justice AP Shah, Justice Aftab Alam, Prof. Apoorvanand, Harsh Mander, Pamela Philipose, Dr Syeda Hameed and Prof. Tanika Sarkar.

The North-East Delhi riots were found similar to the 1984 anti-Sikh riots, as minorities have been systematically attacked in a planned manner like in the past and state was complicit.
Witness reports have brought up the fact that not only were the police complicit with the mobs rather Police themselves attacked Muslims, threw tear gas shells at unarmed residents, encouraged the mob to attack by giving them protection and somehow providing the rioters police gear. A resident of North East testified and said, “We called the police many times, but they never returned the calls, or simply humiliated us on the phone and said they can’t help. Furthermore, most told us to run away and that they are unable to reach us.”

Till now, police have confirmed 53 deaths, including a policeman and an intelligence officer, more than 200 people injured and 200 homes, shops, schools, vehicles and religious places burnt down.

Many residents, mostly young men, are still missing. New bodies are being pulled out of the sewage canals and currently, identifying them is the hardest process.

Certain testimonies pointed out that given the possibility that some of the dead persons were migrants and not originally from the area, their deaths will go unaccounted for and their families may not receive any justice. Apart from the death count, all other damages are under-reported by the Home Minister Amit Shah in the Lok Sabha on 11th March 2020 while addressing the house on riots, as evidenced by our ground report that will soon be published after incorporating the recommendations from the jury. Another testimony pointed out that, “There was organized loot that took place and targeted mostly Muslim shops. They were ransacked methodically and then burnt to the ground using petrol bombs and burning tires. In areas where Muslim owned shops and Hindu owned shops were set up side by side, the mob only harmed the ones owned by Muslims.”

Many residents, mostly young men, are still missing. New bodies are being pulled out of the sewage canals and currently, identifying them is the hardest process.

The ability of Delhi Police to maintain the law and order to bring peace and normalcy back in riot-affected areas has been questioned by many riot-victims. As Delhi Police neither responded promptly when residents in these areas called 100, nor controlled the aggressive rioters that had been brought from outside Delhi to attack them. Even now, after the riots have normalised fear and apprehension, the police are misreporting damages, refusing to file FIRs, or combining unrelated FIRs and thus making the process of acquiring justice that much harder. A resident testified saying, “My entire life’s worth has been burned down in one night.”

One important pattern that was brought up by the testifiers and the jury members was that medical help arrived too late due to police barricades, but when the victims went to hospitals, they were not given a dignified treatment.
Few hospitals like Al Hind and GTB successfully treated the victims, but there are reports of various private hospitals where not only were the victims refused help, the doctors also threatened Muslim victims and taunted them. There was delayed treatment, massive procedural fails and other systemic discriminations that are in direct opposition to the role that medical staffs are held up to.

Few hospitals like Al Hind and GTB successfully treated the victims, but there are reports of various private hospitals where not only were the victims refused help, the doctors also threatened Muslim victims and taunted them 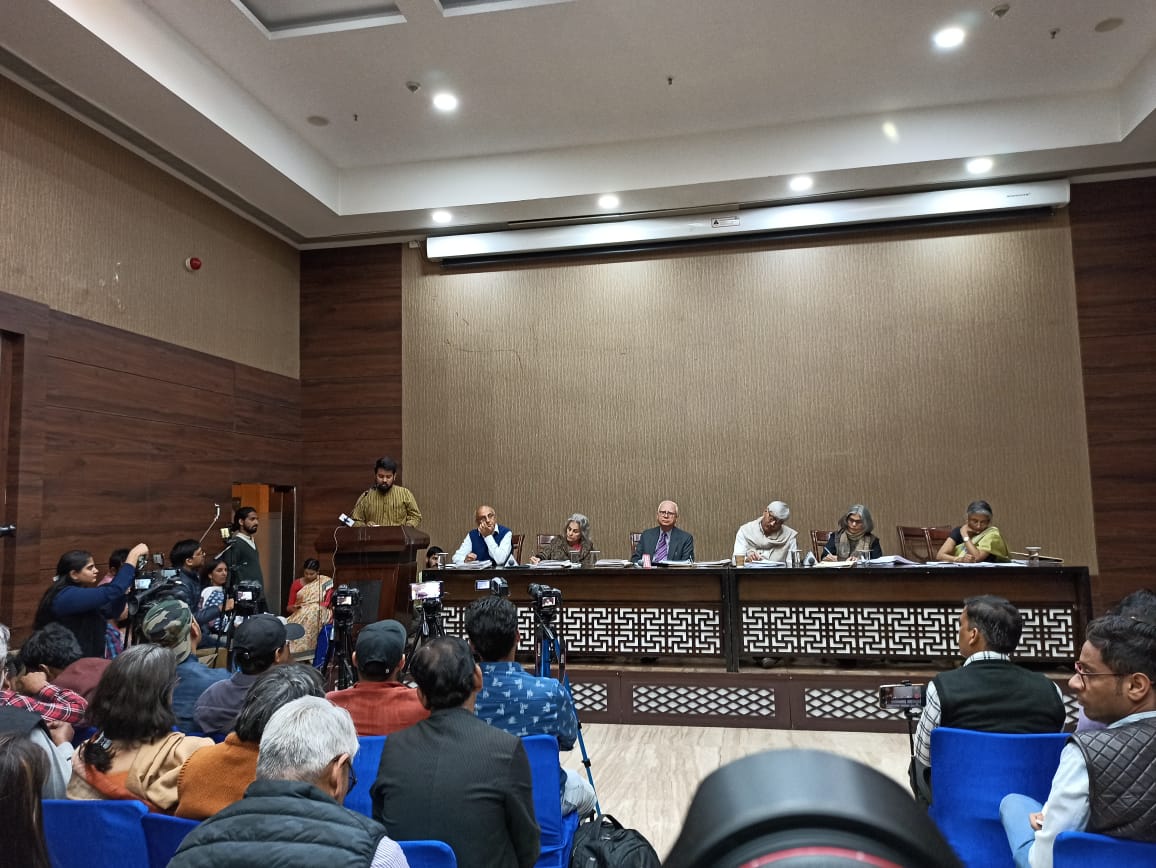 Furthermore, the role that Delhi High Court played in the presence of Justice S. Justice Murlidhar was appreciated by all participants present in the tribunal.
Before this order was put into effect, the local police that was supposedly at the scene, actively refused ambulances and medical help to reach the injured. 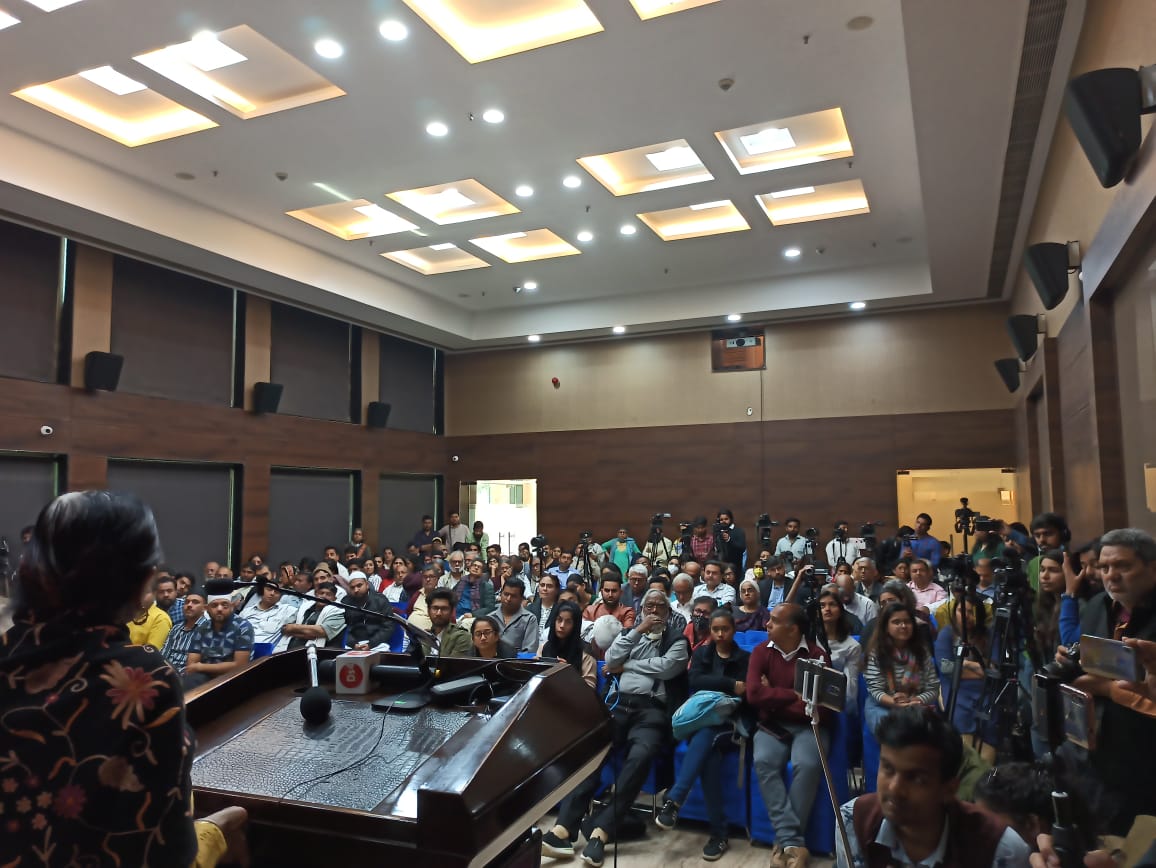 This has been observed as an act of inhumanity and it took a midnight hearing and order for the Police to act as per their duties. The intentions on the Centre government were also questioned on the issue of Justice Muralidhar’s transfer notification to Punjab and Haryana High Court close to mid-night of 26th February, after he pulled up Delhi Police for falling to register FIRs against three BJP leaders, Kapil Mishra, Anurag Thakur, and Parvesh Verma, for their hate speeches which purportedly let to the violence.
Almost all the testifiers hinted towards the hopelessness they felt, the fear they were unable to shake off and the futility of the recovery process. 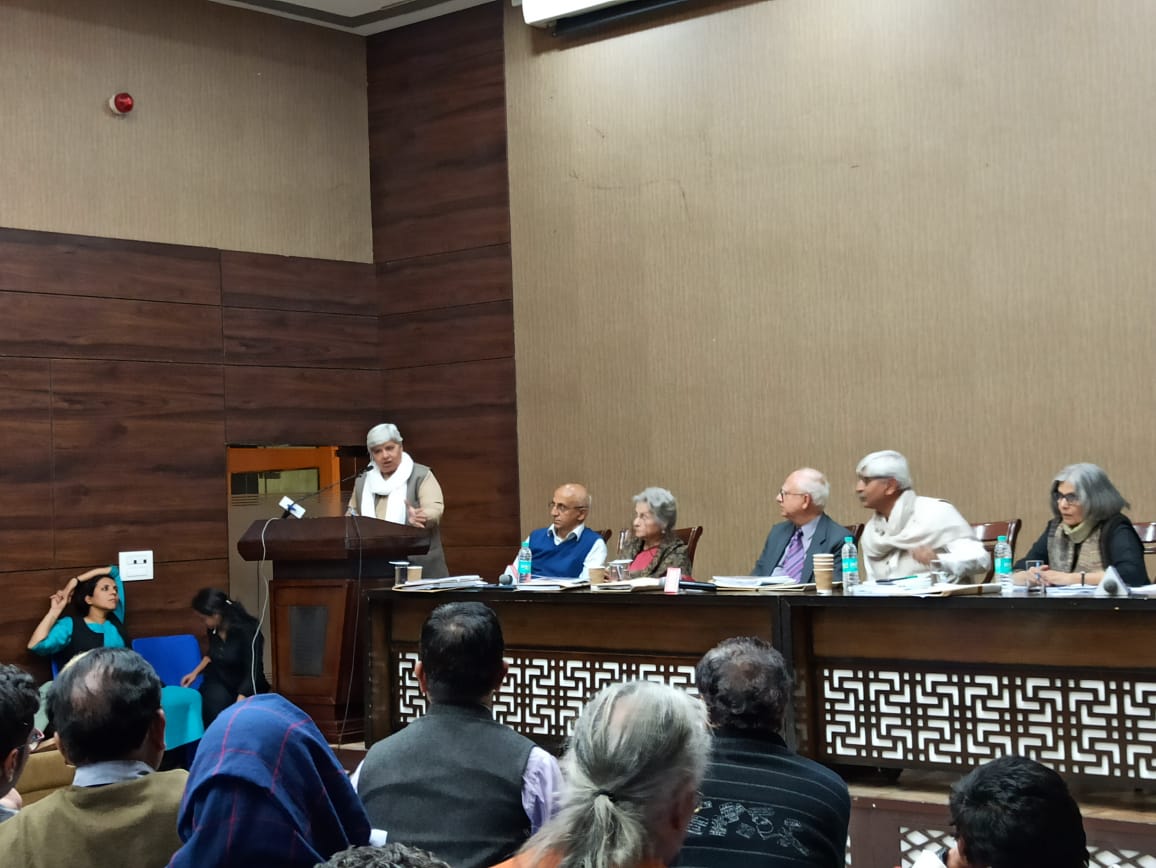 A resident who faced property loss said, “I have yet to receive any compensation but some of my institutions were on rented properties where the landlords belonged to the Hindu community. They have unceremoniously evicted us and told us they won’t rent to Muslim persons. If this isn’t financial and economic boycott, then what is it?”
Conclusively, after all the testimonies were heard, the jury made some key observations. They pointed out that members of both communities have lost property, life and faced damages to their homes, but statistically the rate of damages to Muslim households and businesses and most importantly lives was much larger. Testimonies from both communities show that they were living in harmony and had no communal tensions, however, the eruption of violence has been triggered by vested media channels and politicians who have gone unchecked. The jury also noted that the psycho-social damage that has happened for the communities, especially the women and the children of the Muslim communities cannot be measured. The trauma and the shock is yet to wear off as mistrust and fear are high in these areas, even weeks after the riots.

The issues that were discussed in the tribunal after the testimonies of the victims were:

Anatomy of Riots
Trauma, Fear & Mistrust
Role of Police and State – Control and Prevention of Violence
Rescue, Relief and Rehabilitation
Role of Health Systems in Responding to Riots
Legal Challenges
Psychosocial Relief
Role of the Media