PEMRA Bans Gala Biscuit Ad – Here We Have Got The Reasons!

PEMRA has considered the Gala Biscuit Ad having indecent content not suitable to go on-air!

You must have noticed a colorful ad flashing on your television screens these days that makes you wonder what this ad is actually all about? Mehwish Hayat is dancing all around in exhilaration on the seemingly exorbitant set merely just for a biscuit ad? Well… this is something not easy to digest. Pakistan Electronic Media Regulatory Authority (PEMRA) couldn’t consider Mehwish Hayat’s dance moves a familiar cultural depiction of Pakistan and banned the Gala Biscuit ad. However, here we have some of our reasons for why there is something wrong with this ad. Check out all of these details and our view on it!

PEMRA has considered the Gala Biscuit ad to contain indecent content, and that’s why it got banned.

As per the details, senior journalist Ansar Abbasi brought the matter under the fire of criticism. He posted about the ad on Twitter as:

In response to this tweet, the Federal Minister for Parliamentary Affairs, Ali Muhammad Khan, also criticized this commercial and tweeted:

PM @ImranKhanPTI Sahb is totally against such anti Islamic stuff on media which is against our cultural norms & has damaging effects on our youth.
No place for such absurdity in an Islamic state, which was made on the Kailma Tayyaba

However, this severe criticism got overlapped by Federal Minister for Science and Technology, Fawad Chaudhry’s sarcasm as he tweeted:

Following this criticism of bold dance moves and furor on social media, PEMRA bans the Gala Biscuit ad. Here is the official notice of the decision: 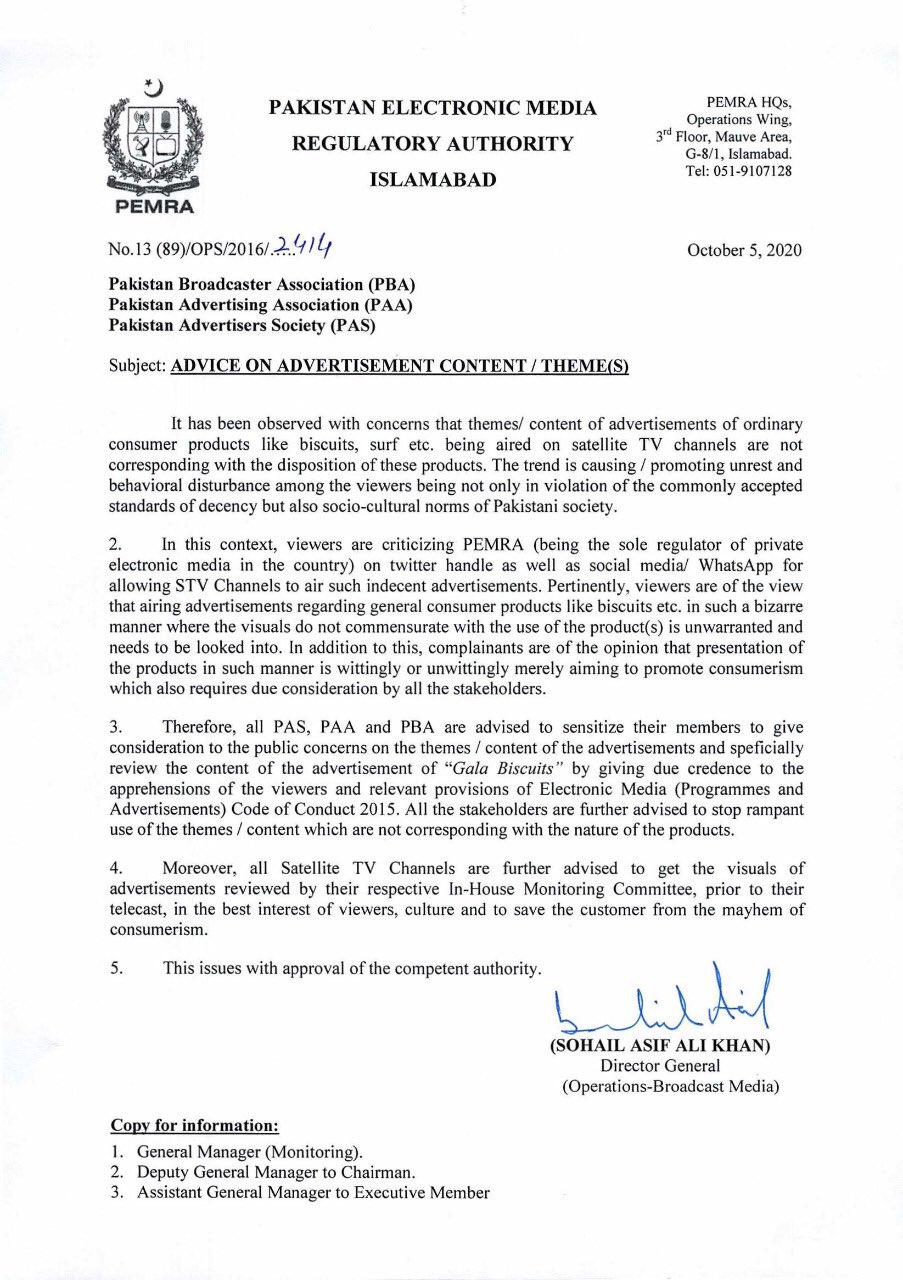 Furthermore, PEMRA also issued an advisory on the type of advertisement content permissible to go on-air. The notice also mentions that PEMRA has received several complaints regarding the TV commercials promoting indecency in society.

So, the regulatory authority has asked all TV channels to get visuals of advertisements, review them under In-House Monitoring Committee, and then decide accordingly before telecasting.

Here is Our Take On The Matter! 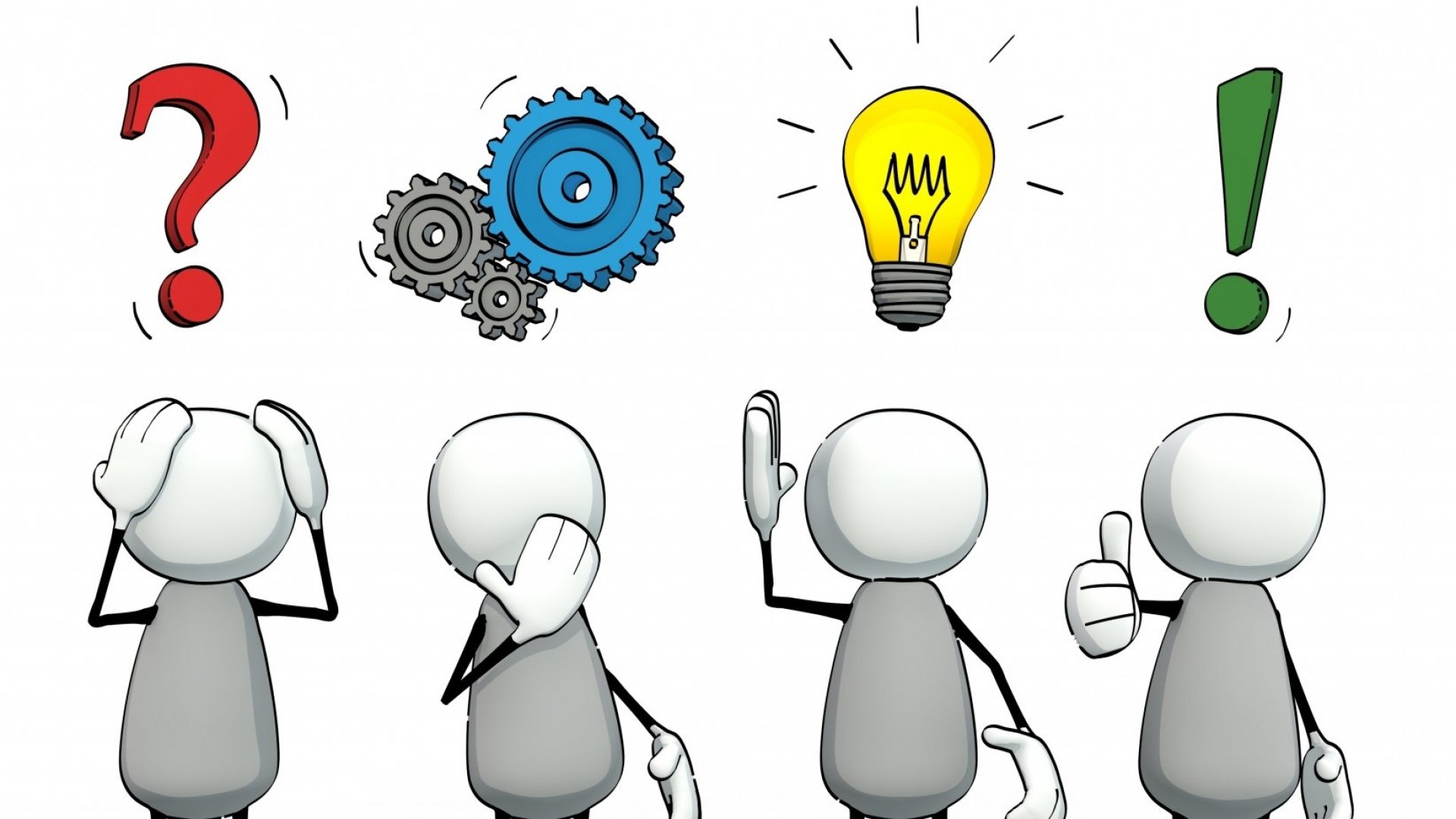 It has been observed that most of the ads in Pakistan are out of context, breaking the content’s link from the ad’s purpose.

As Gala Biscuit’s new ad is under discussion here, why not take it as an example? Take out a few seconds to imagine; when this ad went on-air, no one could have an idea that it is an ad to sell biscuits. The first point of failure emerges here for the concept of this ad, and here we have got reasons: 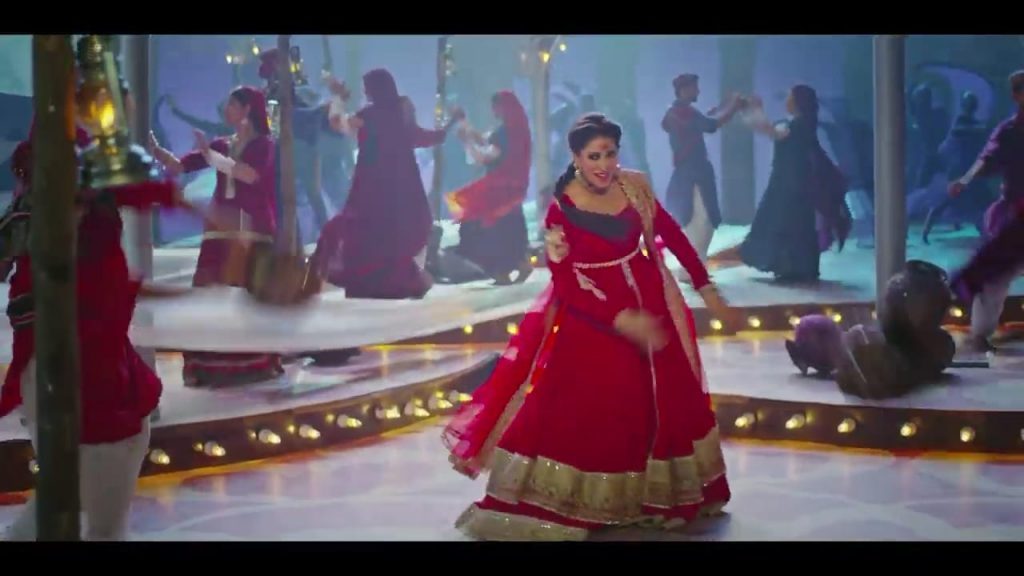 The world of advertising is all about sensible creativity, and Pakistan needs to focus on its content. Whether it is about the Indian ad industry or that of anywhere globally, no one even imagines compromising on the quality.

It’s time to step out from selling tea, biscuits, dishwashing bars, etc. with a dance performance. All brands need to revise ideas and bring something out-of-the-box acceptable for everyone in Pakistani society.

What is your view on PEMRA’s decision and our take on the Gala Biscuit advertisement’s technical aspects? Your valuable feedback can add to this write-up!

Wardah Farooqi
Wardah Farooqi has been working as a writer for 6 years. She also worked at Dunya News, Live Pakistan Magazine, and numerous local as well as international platforms. When she isn't writing, you can find her assisting people in bringing out the best!
Share
Facebook
Twitter
Pinterest
WhatsApp
Previous article
‘Armenians are today hopeless and desperate on the battlefield’, says Azerbaijan’s top official
Next article
Kashmiri journalists forced to live under shadows of fear
Share
Facebook
Twitter
Pinterest
WhatsApp