Monitoring Desk: On Friday Pakistan strongly condemned the use of Pegasus to snub freedom of expression and spying on international politicians by Indian and Israeli networks.

Responding to media queries regarding India’s use of Israeli spyware – Pegasus – to hack the phones and computers of journalists, judges, diplomats, government officials, rights activists, and global leaders including Prime Minister Imran Khan, the Spokesperson stated:

Keeping a clandestine tab on dissenting voices is a long-standing textbook ploy of the RSS-BJP regime to commit human rights atrocities in Indian Illegally Occupied Jammu and Kashmir (IIOJK) and peddle disinformation against Pakistan. The world has seen the true face of the so-called Indian “democracy” when the reports of EU Disinfo Lab, Indian Chronicle, surfaced earlier last year.

We are closely following these revelations and will bring the Indian abuses to the attention of appropriate global platforms.

In view of the gravity of these reports, we call on the relevant UN bodies to thoroughly investigate the matter, bring the facts to light, and hold the Indian perpetrators to account. 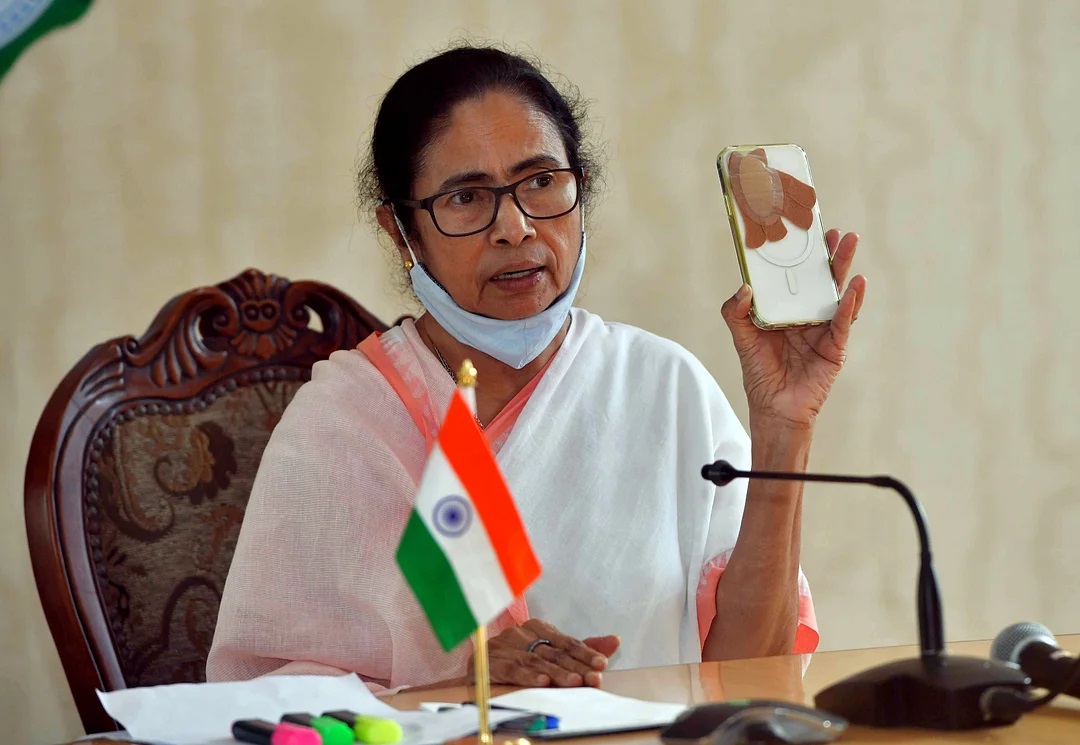 Meanwhile, politicalal heat is getting higher in India also and West Bengal Chief Minister Mamata Banerjee said that a “super emergency situation” is going on in India and alleged that BJP is trying to stop the voice of common people.

“Through Pegasus spyware it is clear that the BJP-led central government is trying to stop the voice of the opposition and also of common people. This scam is worse than even the Watergate scam,” said Mamata.

It may be mentioned that a joint media investigation of European, American and Indian collaborators said Pegasus spyware, developed by Israeli surveillance company NSO Group, was used to keep an eye on some 50,000 telephone numbers globally of ministers, opposition leaders, activists, journalists, and judges. The joint investigation was anchored by Paris-based media non-profit Forbidden Stories and rights group Amnesty International and its 17 media partners

French daily Le Monde reported that the phone numbers of President Macron and then government members were identified among thousands allegedly selected by NSO clients for potential surveillance. In this case, the client was an unidentified Moroccan security service, according to Le Monde.

Consortium members said they were able to link more than 1,000 numbers on the list with individuals, including more than 600 politicians and government officials and 189 journalists. Among the numbers were those of journalists and politicians in France.

The consortium’s reporting has said several Arab royal family members, heads of state and prime ministers were on the list. Consortium indicates that some Arab countries could also be behind this wave of tapping everybody they do not like and wish to get information about.