ISLAMABAD, Pakistan: The Foreign Minister Shah Mahmood Qureshi has said that the establishment of peace in Afghanistan is indispensable for peace in Pakistan and the entire region.

Talking to the Special Representative of Afghan President Muhammad Umar Daudzai at the Ministry of Foreign Affairs in Islamabad on Thursday, the minister said that Pakistan wants a political solution to the Afghan issue through a comprehensive dialogue process.

Shah Mahmood Qureshi said that Pakistan in its efforts as shared responsibility will continue to play a conciliatory role. 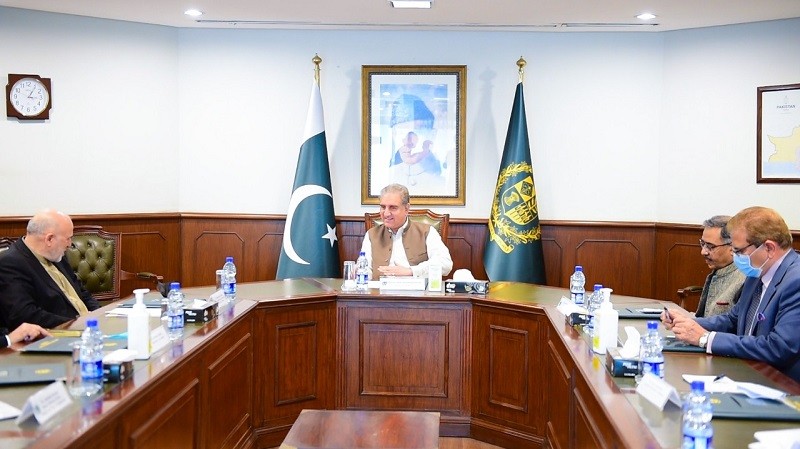 Expressing concern of Pakistan over violence incidents in Afghanistan, Shah Mahmood Qureshi emphasized the need that all parties should play role in furthering the process of negotiations while reducing the violence.

Qureshi said that after the restoration of peace in Afghanistan, Pakistan will continue its role for re-building and development of the war-torn Country.

The Special Representative of Afghan President Muhammad Umar Daudzai thanked Pakistan for its reconciliatory efforts in the peace process.

Separately, the Afghan President’s Special Representative Omar Daudzai also met the Speaker National Assembly Asad Qaiser in Islamabad and exchanged views on Pak-Afghan relations, the political situation in the region, and other issues of mutual interest.

Talking to the visiting dignitary, the Speaker said that peace in Afghanistan is imperative for regional economic development and connectivity. He also said that Pakistan is standing firm with an Afghan-led and Afghan-owned peace process.

Mati
Mati-Ullah is the Online Editor For DND. He is the real man to handle the team around the Country and get news from them and provide to you instantly.
Share
Facebook
Twitter
Pinterest
WhatsApp
Previous articleAnti-COVID SOPs for Spectators of HBL PSL 6
Next articleYasir Hussain VS Nausheen Shah – Latest On Matter of Uninvited Guest!