ISLAMABAD, Pakistan: The office bearers of the Peoples’ Commission for Minorities’ Rights (PCMR) and the Centre for Social Justice (CSJ) have demanded the Ministry for Religious Affairs to stand up for the protection of minorities or it will go down in history as one abetting worst of the crimes against minorities.

Speaking at a Press Conference at National Press Club (NPC) in Islamabad on Tuesday, the Chairperson PCMR Peter Jacob and the Chairperson CSJ Wajahat Masood expressed their utter dismay on the fact that some stakeholders have reduced the scope of religious freedom to child marriages and forced conversions.

They maintained that the view taken by the Ministry of Religious Affairs and Council of Islamic Ideology is a gross misunderstanding of the issue or a lack of it.

They said that these stakeholders have missed the point entirely that the draft bill prepared by the Ministry of Human Rights seeks to prevent the forced conversion of women and children belonging to minorities, rather than an effort to undermine the religious freedom of any citizen. 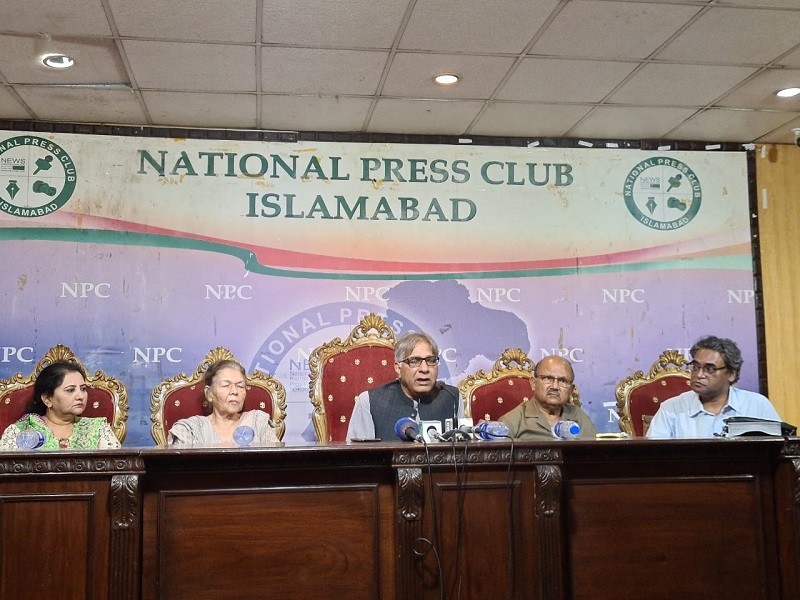 They said that the national media has been consistently reporting incidences of forced conversion particularly of minority girls and women across Pakistan, and the trend demonstrates higher occurrences in Punjab and Sindh provinces which house a higher number of Christians and Hindus. Although the law in Sindh prohibits marrying a girl under 18 years of age and in Punjab the minimum age for marriage is 16 years, yet minor girls are mostly the target of such crimes.

In 2020, the Centre for Social Justice had issued its research report titled, “Silence of the Lamb III” which revealed that the phenomenon of forced conversion and marriages of minor girls from the Hindu and Christian community was not limited to Sindh and Punjab but was prevalent in other parts of the country.

According to the report, the highest incidences of alleged forced conversions (51.85%) were reported in Punjab, 43.83% in Sindh, 1.23% in Federal and Khyber Pakhtunkhwa each while one case was reported in Balochistan.

Wajahat Masood said, “A child undergoes immense trauma, fear, separation from parents and physical-mental and emotional abuse. It has been observed in many cases that families have to run from pillar to post for justice. Along with the child, families too are under threat and forced to stay silent. Hence besides the violation of fundamental rights, including religious freedom, there are multiple violations involved in cases of forced conversions. ”

Peter Jacob emphasized that the government should consult the history to learn from the stand taken by the All India Muslim League in a demand made in 1927.

Peter Jacob quoted historian Ghulam Ali Allana’s book, Pakistan Movement: Historic Documents which carried the League’s demand as follows, “Every individual or group is at liberty to convert or re-convert another by argument or persuasion but that no individual or group shall attempt to do so or prevent its being done by force, fraud or other unfair means. Persons under eighteen years of age should not be converted unless it be along with their parents or guardians.”

“Therefore a denial of or resistance to safeguards against forced conversion goes against the basic idea of religious freedom. Forced Conversion is a violation of human rights guaranteed in the constitution of Pakistan. For years, the minorities have suffered at the hands of criminal individuals and groups, using religion as their shelter for criminal activities. The government should fulfill its duty to protect minorities and stop anyone violating the law be severely punished,” he further said.