Muhammad Hafeez and Imad Wasim failed to make their place in the Squad.

Pakistan will play its first match against a Qualifier team on September 16, and will face its traditional rival India on September 19 for which tickets of the math has been sold out.

Meanwhile, a Training Camp of Pakistan Cricket Team is underway at Gaddafi Stadium in Lahore for Asia Cup 2018, in which 18 players are participating. The Camp will continue till September 10. 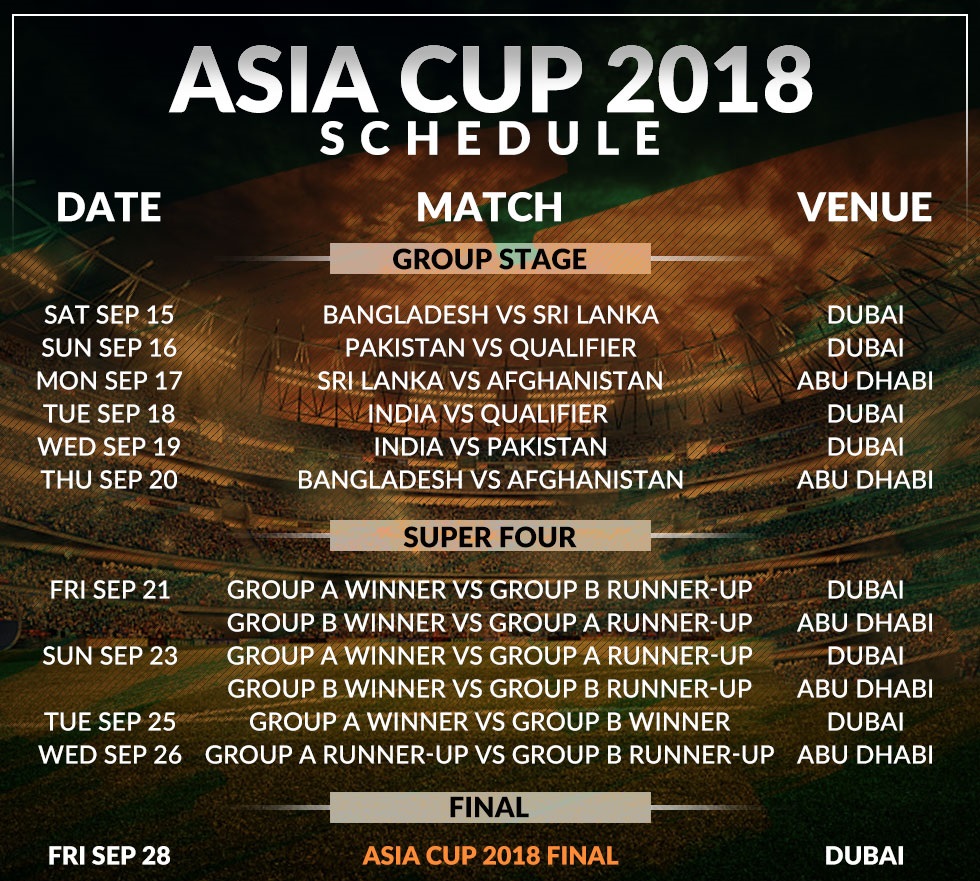 Earlier in the day, the former President International Cricket Council (ICC) Ehsan Mani was elected as the new Chairman of Pakistan Cricket Board (PCB) for a three years term.

Mati
Mati-Ullah is the Online Editor For DND. He is the real man to handle the team around the Country and get news from them and provide to you instantly.
Share
Facebook
Twitter
Pinterest
WhatsApp
Previous article213th Corps Commanders’ Conference held in Rawalpindi
Next articleArif Alvi elected 13th President of Pakistan