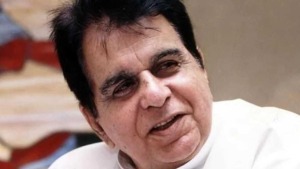 “Sorry to see Dilip Kumar (Yusuf Khan) depart from his worldly abode. An outstanding actor, a humble man, and a dignified personality. Condolences to the immediate family and his huge family of admirers. May his soul rest in peace,” Dr. Arif Alvi wrote in a Tweet on Wednesday.

Imran Khan also eulogized the actor and described him as “the greatest and most versatile actor” of his generation.

Saddened to learn of Dilip Kumar’s passing. I can never forget his generosity in giving his time to help raise funds for SKMTH when project launched. This is the most difficult time – to raise first 10% of the funds & his appearance in Pak & London helped raise huge amounts.

Apart from this, for my generation Dilip Kumar was the greatest and most versatile actor.

Dilip Kumar died earlier in the morning at the age of 98. He was admitted at Mumbai’s Hinduja Hospital on June 30 after he complained of breathlessness.

His burial will take place at 5:00 pm (IST) on Wednesday at Juhu Qabrastan at Santacruz in Mumbai.

Just after the news of the actor’s death surfaced on media, rich tributes began pouring in from every corner for him.

The Minister for Information and Broadcasting Chaudhry Fawad Hussain also wrote on the sad demise of the legendary actor “An Iconic hero! Dilip Kumar is no more, loved by millions of people in the sub-continent and around the world tragedy king will be missed always… RIP Yousaf Khan aka Dilip Kumar.”

An Iconic hero! Dilip Kumar is no more,loved by Millions of people in the sub continent and around the world tragedy king will be missed always… RIP Yousaf Khan aka Dilip Kumar https://t.co/xoQYV014xA

His screen name was suggested by Devika Rani, who cast him in his first movie Jwar Bhata in 1944. He starred in some of Indian cinema’s most iconic and successful films including Mughal-e-Azam, Devdas, Naya Daur, Ram Aur Shyam, and Madhumati.

Dilip Kumar was also bestowed the ‘Nishan e Pakistan’ by the Pakistan government in 1998.