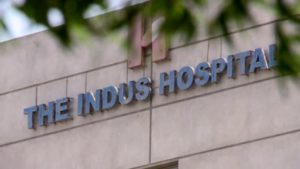 TORONTO, Canada: Pakistan’s Indus Hospital has been selected for Clinical Trials by the University of Manitoba as a result of the efforts by, members of Canada-Pakistan Research & Development Council (CPRDC) Dr. Rashid Ahmed and Dr. Rabia Shahab.

An agreement to this effect was signed between the University of Manitoba and the Indus Hospital, Pakistan this week.

Collaboration between Pakistani and Canadian institutions in this regard will further strengthen clinical trial facilities in Pakistan.

Later, focus can be shifted to joint research on the causes and treatment of diseases like hepatitis, diabetes and cancer. A team of researchers from the University of Manitoba will be visiting Pakistan shortly.

It may be recalled CPRDC was launched last year jointly by the Consulate General of Pakistan, Toronto and prominent Pakistan origin scientists in Canada.

The Council is actively pursuing initiatives to promote scientific research collaboration between Pakistan and Canada.

Among other objectives, the focus is on connecting Pakistani and Canadian institutions for the implementation of UN Sustainable Development Goals (SDGs) which are closely linked with Pakistan’s national development agenda also.

Mati
Mati-Ullah is the Online Editor For DND. He is the real man to handle the team around the Country and get news from them and provide to you instantly.
Share
Facebook
Twitter
Pinterest
WhatsApp
Previous articleSAARC vital to ensure prosperous and peaceful South Asia: President Alvi
Next articleBahria Town Employees protest over non-payment of salaries