OTTAWA, Canada: The High Commissioner of Pakistan to Canada Raza Bashir Tarar held a meeting with the Secretary General of International Civil Aviation Organization (ICAO) Dr Fang Liu at the Organization’s Secretariat in the Canadian City of Montreal on Tuesday.

The High Commissioner appreciated the important role of the ICAO in regulating global aviation. He also briefed Dr Fang Liu about the growing civil aviation industry in Pakistan. 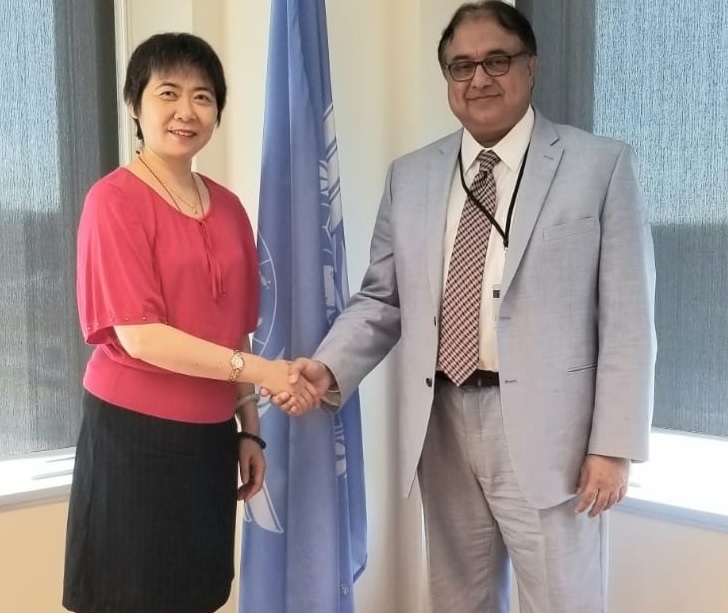 Dr Fang Liu said that Pakistan is a very important member of ICAO. She highlighted ICAO’ emphasis on innovation and its contribution to realization of Sustainable Development Goals (SDGs).

The ICAO Secretary General Dr Fang Liu spoke about the upcoming 40th ICAO General Assembly Session scheduled to be held in Montreal from September 24 to October 4, 2019.

Mati
Mati-Ullah is the Online Editor For DND. He is the real man to handle the team around the Country and get news from them and provide to you instantly.
Share
Facebook
Twitter
Pinterest
WhatsApp
Previous articleReports about visit of PM Imran Khan to Russia are speculative: Pakistan Foreign Office
Next articleToyota Corolla 2020 Review