In a Twitter statement on Thursday, the Federal Minister for Planning, Development and Special Initiatives Asad Umar told that the National Accounts Committee (NAC) has approved the revised estimate of Gross Domestic Product (GDP) growth for the FY 2020-21 and it was recorded at 5.37%.

The minister said that the higher growth versus the provisional estimates, which were based on July-March numbers, was mainly due to very strong industrial growth in April-June.

NAC approved revised estimate of GDP growth for 2020-21 . The growth in 2020-21 was 5.37%. This is the 2nd highest growth in last 14 years. Higher growth versus provisional estimates which were based on jul-mar numbers, was mainly due to very strong industrial growth in apr-jun.

Meanwhile, according to the sources, the final data has been calculated using the industrial, agricultural, and services output for the Fiscal Year ended on June 31, 2021.

They said that according to the data, the Country’s GDP per capita increased to US$ 1,666 while the overall GDP remained US$ 346.76 billion, the highest ever.

Meanwhile, Pakistan has been ranked number two in the world in the global normalcy index of the Economist that measured recovery and opening up of society and economy post-COVID-19.

Sharing index report in a tweet, Asad Umar said Pakistan was third in the first evaluation and number one in the second.

The minister said that Pakistan is the only Country in the world to be among the top three in all three rankings. 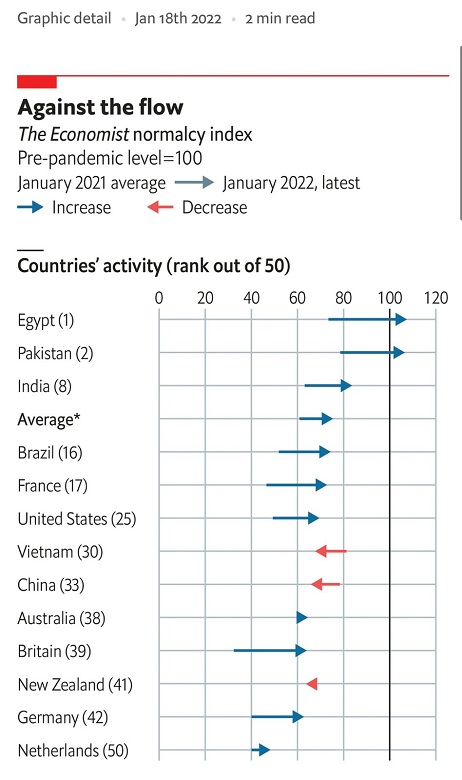