While addressing the Inauguration Ceremony, the minister said that it is a welcoming initiative and an important step towards Clean and Green Pakistan.

The minister said that the incumbent government is taking various initiatives for development in the energy sector. 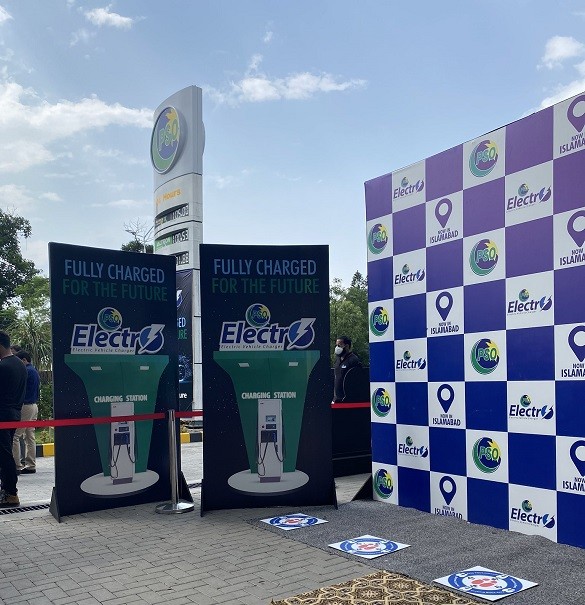 Omar Ayub Khan said that 24 electric stations will be set up in the future which will help the common people of the Country. He said that the government is taking solid steps to control environmental pollution.

In his remarks on the occasion, the Prime Minister’s Special Assistant on Petroleum Nadeem Babar said that the opening of a charging station in Islamabad will help encourage electric vehicles as future transportation in the Country.

Nadeem Babar said that this initiative is a welcoming move for the Country which will soon witness electric vehicles running on roads.

The Special Assistant said that it will also help the Prime Minister’s Campaign of Clean and Green Pakistan.

Mati
Mati-Ullah is the Online Editor For DND. He is the real man to handle the team around the Country and get news from them and provide to you instantly.
Share
Facebook
Twitter
Pinterest
WhatsApp
Previous article27 more people die of COVID-19 in Pakistan; total deaths soar to 5,892
Next articleEsra Bilgic Has Found her No 1 in Pakistan and guess who is it?