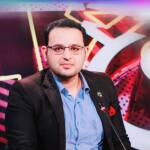 A Pakistani military drone successfully hit its targets last week; Tehreek-e-Taliban Pakistan’s (TTP) hideouts in Khost and Kunar provinces of Afghanistan. The strikes were carried out by using unmanned aerial vehicles, or in simple terms, drones. These hideouts were no-go areas even for the Islamic Emirates’ of Afghanistan (IEA), or again in simpler terms, the Taliban government in Afghanistan.  In fact, even after the attacks, the officials and members of the IEA were not allowed into the area.

A significant question for international lawyers remains the purposes of where and when a state may exercise military power beyond its borders and the justifications for doing so. There are principles under which it can be gauged whether the exercise of such power is legitimate and sanctioned by international law or whether the use of such power is illegal, this is notwithstanding the fact that even where power or force can be used legitimately, some states will always be better able to exercise power beyond their borders than others. In the current scenario, there is no doubt that Pakistan is much stronger, by leaps and bounds, militarily, economically, and diplomatically than Afghanistan’s internationally unrecognized regime.

The first of those principles is the “protective jurisdiction” of any state. International law accepts that states must be able to “protect” themselves from terrorist activities and defend their “vital interests” especially those concerning the safety and security of the state and this would sometimes have to be done by committing acts beyond the state’s borders. Developed democracies have used the protective principle when there have been actions that are prejudicial to their security interests, reference can be made to the United Kingdom’s Privy Council decision in Liangsiriprasert v Government of the USA. The case was decided in 1991, and a Thai national suspected of drug smuggling was arrested by a United States agent in Hong Kong. This drug dealer had not committed any offense in Hong Kong. Nevertheless, the Privy Council permitted his extradition to the United States relying on the protective principle.

The second principle relates to “self-defence”, which is enshrined under Article 51 of the United Nation’s charter. This right of self defence is an exception to the use of force and states that nothing shall impair the inherent right of individual or collective self-defence if an armed attack occurs against a Member of the United Nations until the Security Council steps in. Up until the advent of time that the world had not found itself embattled in two world wars, war was legal and logically there was no right of self-defence. Nevertheless, since the use of force is illegal in international law under the United Nations charter, the right of self defense becomes increasingly important. Such self-defense must conform with the principles of necessity and proportionality.

Therefore the question arises whether Pakistan’s use of drones was in fact necessary and proportionate, a brief look at the facts would show that to be the case. The strikes were made in self-defence after the TTP launched an offensive in Bajaur and North Waziristan in Pakistan. A military camp was attacked in Tank and an attempt was made to create a hostage situation, and then seven Pakistani soldiers were martyred in North Waziristan. A major and a soldier of the army were martyred and a missile was fired at a police mobile in Dera Ismail Khan. The drone operation was limited and targeted only militant hideouts, the strikes were thus nothing but necessary and proportionate.

The right of self-defence includes the right to “pre-emptive self-defence”. The right of Pakistan to take lawful action before it once again suffers an attack is recognized under international law. The TTP hideouts posed an imminent danger of attack, especially since they had already mounted a number of attacks on Pakistan’s security forces and civilians. Legal scholars have based the principle of pre-emptive self-defence on the existence of an imminent threat, just the sort Pakistan would anticipate if it did not react in time. Terrorists do not seek to attack using conventional means as they will always remain unsuccessful, and that is why they use terrorism against security institutions and civilians, which is itself a crime under international law.

Hence, one of the legal consequences of acts of terrorism is the exercise of power by a state to destroy the terrorist’s capability and attack them before they commit acts of terrorism. Such use of force by a state will always be legal under international law. Israel has used this principle when invading Lebanon in 1982 and has been supported by the Western world. When the United States itself bombed Tripoli it used the justification of a terrorist bomb exploded in a West Berlin nightclub in 1986 where American soldiers were present. The United States called its actions justified under Article 51 of the United Nations charter. The international community has always recognized the right of self-defence of states which have been under threat of an imminent attack, and such imminence can be calculated if the terrorists have already targeted the state, which in Pakistan’s case is an established fact.

The upshot of the above discussion remains that Pakistan acted in defending its security interest during a wave of attacks against itself, and such actions by Pakistan are protected under international law.