Pakistan-Azerbaijan foreign relations are based on the nature of brotherhood, despite the Azerbaijani and Pakistani nations have different languages and cultures.

The Republic of Azerbaijan and the Islamic Republic of Pakistan have comprehensive diplomatic relations and versatile cooperation in a number of spheres.

Pakistan was the second country recognizing Azerbaijan as an independent country on 12 December 1991 following Turkey.

It should be noted that Pakistan, which is the only nuclear power country in the Muslim world, has been standing behind Azerbaijan in the Nagorno-Karabakh conflict, as well as in all other issues since 1992.  Pakistani officials have repeatedly stated that in the event of a threat to the territorial integrity and sovereignty of the Republic of Azerbaijan, Islamabad is ready to provide military assistance to Baku.

Since 1992, the bilateral relations of Azerbaijan and Pakistan have been based on perspective process and strategic nature while Baku and Islamabad have signed a number of agreements on the enhancement and development of bilateral contacts in the various spheres, especially military and security cooperation. Both countries have affirmed the effectiveness of their strategic partnership in regional, humanitarian and international issues.

Another important issue is that Baku and Islamabad focus more special attention on the prospects for the development of military cooperation between Azerbaijan and Pakistan. The strengthening of cooperation in the military sphere with Pakistan is one of the main priorities for Baku to improve its capabilities in the military power and defence industry. The Defence Ministries of the Republic of Azerbaijan and the Islamic Republic of Pakistan have signed a number of agreements on the development of bilateral cooperation in the military, military-technical, military educational and other spheres. Pakistani military specialists have engaged in the activities for the development and modernization of the Azerbaijani Armed Forces. In addition, the Military Units of both countries including Air and Land forces, have conducted joint large-scale military exercises in Pakistan and Azerbaijan.

It is worth noting that there have been recent reciprocal meetings between the senior military officials of Azerbaijan and Pakistan. During official meetings, the high representatives of the Defence Ministries of Pakistan and Azerbaijan conducted the exchange of views on the enhancement and development of collaboration between the armies of both countries in naval, aviation and military security.

Amir Jaffery initially touched upon the history of bilateral relations between Azerbaijan and Pakistan, as well as the victory of the Azerbaijani army in the Second Karabakh War.

“First, we should look at bilateral relations between Pakistan and Azerbaijan from the historical context.  Pakistan was a second country recognizing the independence of Azerbaijan when it declared in 1991. Both countries have strong, cordial and comprehensive cooperation in a number of fields.  The governments of both countries are still interested in progressing more in the development of versatile cooperation in terms of their national interests. The exchange of views between Islamabad and Baku on the collaboration in the military and security fields should be considered the strategic nature of bilateral relations between Pakistan and Azerbaijan. Our countries should continue to promote joint activities in the spheres of military and security,” Amir Jaffery said.

“The Islamic Republic of Pakistan has always supported Azerbaijan in the fair solution of the Nagorno-Karabakh conflict. During the Karabakh liberation war, the people of Pakistan stood with Azerbaijan. Our people were very happy when the Azerbaijani army managed to liberate a large part of its territories from Armenian occupation. I think that conducting military operations in Karabakh is a sovereign right of Azerbaijan to restore its territorial integrity and internationally recognized borders,” he added.

The former military official noted that the armed forces of Pakistan and Azerbaijan have carried out the joint large-scale military exercises, and adding that Pakistan’s contribution has strong impacts on the reinforcement of Azerbaijani military empowerment.

Coming to the joint activity in the military productions, Amir Jaffery believed that Pakistan, together with Turkey, could play a significant role in the development and modernization of the military industry of Azerbaijan. According to him, Pakistan has the potential to show its effectiveness in this field.

Furthermore, Amir Jaffery stressed the importance of strengthening of the trilateral empowerment between Azerbaijan, Turkey and Pakistan.

“The strengthening of trilateral cooperation between Azerbaijan, Turkey and Pakistan in the military sphere is a reflection of the maintenance of peace and stability in the region. Not only Turkey and Pakistan but also Azerbaijan have potential to contribute to regional stabilization and prosperity,” he added.

During the 44-days war, the Azerbaijani army liberated a large part of its territory from Armenian occupation and secured victory over the Armenian army through successful military operations. The victory of Azerbaijan has led to ensuring peace, prosperity and stability in the region of the South Caucasus.

“Performance of the combats of Azerbaijani Armed Forces against Armenia in the Karabakh war is absolutely commendable. Azerbaijani soldiers have successfully managed to overcome the difficult circumstances and defeat the Armenian army. I said again that it was a sovereignty right of Azerbaijan to liberate its territories from Armenian occupation through the war. The professionalism of the Azerbaijani army is appreciated not only by Pakistan but also by the world. The end of the occupation in Karabakh is the greatest accomplishment in the modern history of Azerbaijan. Azerbaijani army has finally ensured the peace and stability in the region,” Amir Jaffery said.

“I want to add that support to Pakistan by Azerbaijan in Kashmiri issue, and support to Azerbaijan by Pakistan in the Karabakh issue should be praiseworthy. We should continue to develop the relationship in this direction. We consider Azerbaijan our brother,” he added. 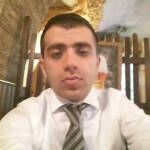 Note: Abdullayev Yunis is a journalist from Baku and researcher from the Eurasia Diary Portal. His main interests focus on the South Caucasus and regional studies.