Climate change concerns are increasingly being regarded as security challenges requiring rapid response in the context of security and foreign policy discussions. However, the traditional security sector does not offer any durable solution to address climate change and other environmental issues. Mainly because security can introduce a zero-sum rationality to the environmental debate that can create winners and losers and undermine the cooperative efforts required by environmental problems, in addition to the fact that national security practices and institutions are insufficient and not well equipped to address environmental problems. It is therefore contended that only by firmly keeping it within civil society’s domain, a policy to handle climate change can be created and maintained.

Historically Awareness regarding climate change mostly depends on civil society around the world. Feminist organizations have always taken the lead. Due to socioeconomic inequalities, women are among the populations most susceptible to the consequences of climate change. Organizations like Greenpeace (1971), Union of concerned scientists (1969) and Environmental defense fund (1967) pushed the environment into the national and international political agenda almost 5 decades ago. The World Trade Organization summit in Seattle served as evidence that civil society’s activism can push sustainable growth agenda into the mainstream.

The work of the Copenhagen School is pertinent to the ongoing debate of whether securitizing climate issues or not. Since it directly addresses environmental issues and takes into account the effects of extending the security agenda. Furthermore, it has influenced political and scholarly discourse regarding the danger of defining environmental issues in terms of security. The term “security” designates a set of procedures and a method of handling a problem that define an issue as a security issue. Regardless of context or speaker intentions, the word security connotes a particular logic or rationality. Emergency, necessity, and survival are all aspects of security. It permits the use of extraordinary measures, the flouting of otherwise binding laws, and the use of decrees as opposed to democratic decision making. Whereas issue of climate change requires consensus among people from all walks of life. Deliberate framing should be used as a tactic to break the deadlock on how to deal with the effects of climate change, mend political rifts, pinpoint shared and opposing interests, and create group responses to climate change. For instance, the issue of construction of dams in Pakistan is one such issue which lack consensus among all stake holders. In such situation civil society can play its role as a mediator to highlight merit and demerits of dams’ constructions and build a broad consensus on the issue in society.

It will also be beneficial to support members of civil society in avoiding indivisiveness on issues relating to the climate change. Because of lack of credibility with the general public, authorities and government representatives typically are ineffective at fostering consensus. Therefore, a state can effectively manage its strategic communication by aiding credible groups and individuals with resources, facilitations, and assistance.

In decision GCSS.VII/5 of the seventh special session of the Governing Council/Global Ministers of the Environment Forum, a definition of civil society was provided. Farmers, women, the scientific and technological community, youth, indigenous people and communities, workers and trade unions, business and industry, non-governmental organizations, as well as local governments are some of the primary groups that make up civil society.

In order to frame environmental policies, one can also follow the U.S. model of environmental law. The U.S. model is notable for its emphasis on promoting civil society involvement in the creation, implementation, and enforcement of environmental policies. Environmental NGOs and politically significant regulated businesses engage in aggressive lobbying in Congress and before agencies.  Before issuing regulations, agencies must ask for and consider public feedback.  Anyone impacted by agency activities has the right to submit a lawsuit to have those acts reviewed by a judge, and regular people and NGOs may also file cases to have U.S. environmental laws enforced.

In accordance with its cultural, religious, and other heritages, civil society fosters ideals, standards, and codes of conduct for behavior of individuals, groups, and organizations. Civil society is the source of voluntary activity, as opposed to governmental regulatory structures. In addition to the government’s efforts to solve political, social, and economic challenges, especially those pertaining to the environment, civil society has a significant role and obligation. 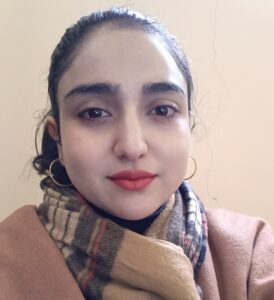 Qurat-Ul-Ain Shabbir is a research officer at the center for International Strategic Studies (CISS) AJK. Currently she is pursuing her PhD degree in DSS from Quaid-i-Azam University. Her areas of interest include contemporary security and security and conflict analysis.

Mati
Mati-Ullah is the Online Editor For DND. He is the real man to handle the team around the Country and get news from them and provide to you instantly.
Share
Facebook
Twitter
Pinterest
WhatsApp
Previous article
FM Bilawal Bhutto snubbed Indian journalist who tried to pass comments against Pakistan Army
Next article
ICFM strongly condemns desecration of Holy Quran in Sweden, Netherlands
Share
Facebook
Twitter
Pinterest
WhatsApp