ISLAMABAD, Pakistan: Pakistan’s exports to Kazakhstan and Turkmenistan stood US$ 86.10 million and US$ 1.69 million respectively in Fiscal Year (FY) 2018-19, as per the data shared with the National Assembly.

Pakistan-Kazakhstan bilateral trade statistics are given as under: 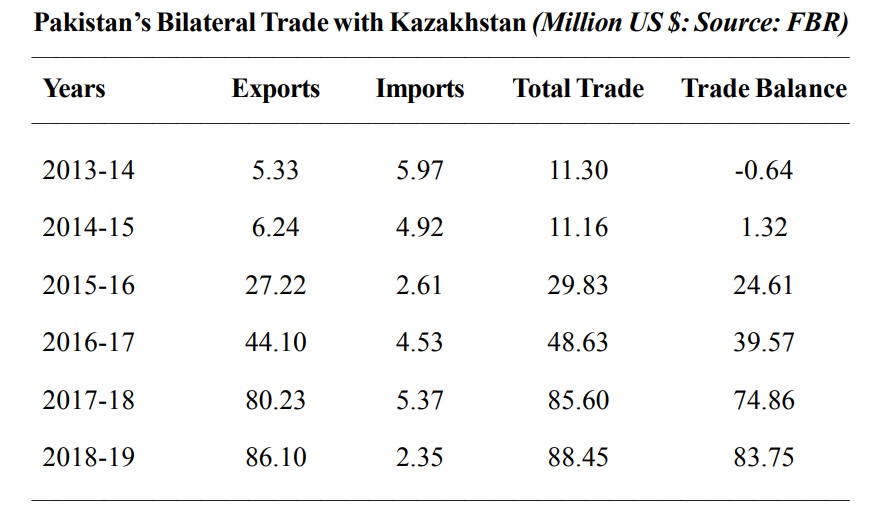 The minister told the House that following steps are being taken by the government to increase exports to Kazakhstan in the next Financial Year 2019-20;

Pakistan-Turkmenistan bilateral trade statistics are given as under: 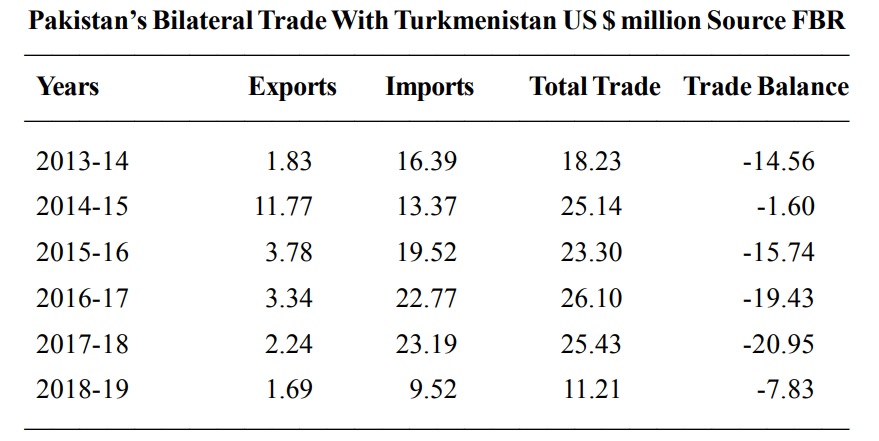 About Turkmenistan, the minister told that a MoU has been signed between the TDAP and the Chamber of Commerce of Industry of Turkmenistan, under which, the two sides commit to exchange business delegations on regular basis.

The minister told that Pakistan and Turkmenistan have an institutional arrangement called Joint Governmental Commission (JGC), under which, a Joint Working Group (JWG) has been established to discuss trade related issues.

The commerce and textile further told that the 5th Session of Pakistan­Turkmenistan JWG was held in Ashgabat, Turkmenistan on August 17-18, 2017. Through this institute, the Ministry of Commerce has been pursing Turkmen side for greater trade cooperation.

Mati
Mati-Ullah is the Online Editor For DND. He is the real man to handle the team around the Country and get news from them and provide to you instantly.
Share
Facebook
Twitter
Pinterest
WhatsApp
Previous articlePakistan’s exports to Uzbekistan witnesses sharp increase
Next article1,919 persons arrested in Smuggling Cases in last five years: Minister