ISLAMABAD, Pakistan: The Chief of Air Staff Air Chief Marshal Mujahid Anwar Khan has said that Pakistan’s valiant armed forces are well versed in protecting our borders and the people, and are fully capable of defeating the enemy.

While addressing the Martyrs’ Day Ceremony held at Air Headquarters in Islamabad on Monday in connection with the Air Force Day, the Air Chief said today, we salute our martyrs and veterans for their determination, courage, and spirit of sacrifice and renew our pledge that we will never allow any harm to our sacred homeland.

The Air Force Day is annually observed with national zeal on September 7 to commemorate the dexterity and valour of the defenders of air space of the Country against Indian aggression in the September 1965 war. 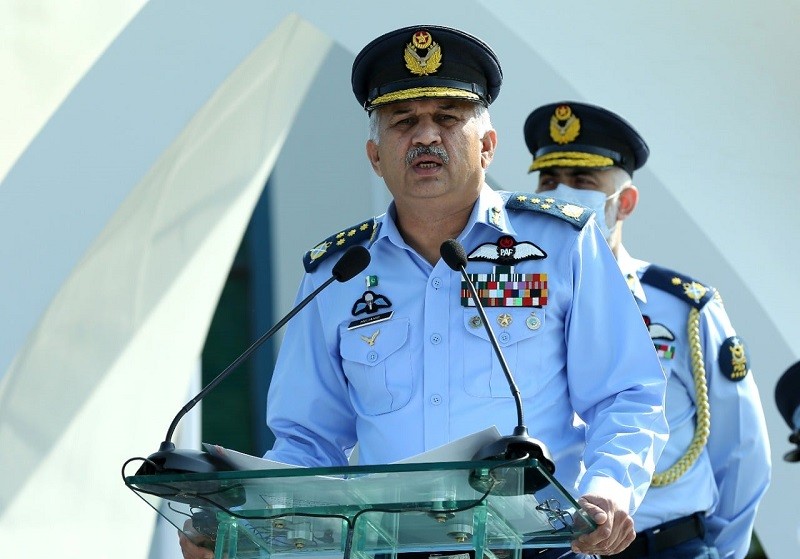 Highlighting the current situation in Kashmir, the Air Chief said that we also express our solidarity with the Kashmiri brothers and sisters who have been fighting against oppression and tyranny for seven decades.

To pay homage to the martyrs’, the Air Chief laid a floral wreath at the Martyrs’ Monument and offered “Fateha”.

Mati
Mati-Ullah is the Online Editor For DND. He is the real man to handle the team around the Country and get news from them and provide to you instantly.
Share
Facebook
Twitter
Pinterest
WhatsApp
Previous articleChangan Automobiles launches Changan Master Genuine Oil
Next articleAustralian Iron Ore Company Fortescue Metals Group Ltd keen to invest in Pakistan’s energy sector