ISLAMABAD, Pakistan: The Country’s airline industry is poised to take new heights as a day after the Pakistan International Airlines (PIA) gave its aircrafts a new look with new logo and design, PIA’s A320 landed on Saturday at New Islamabad International Airport, making a history as it was the first mock up flight at the new airport.

The flight was scheduled to take off at 12:30 pm but was delayed as the boarding process of some PIA pilots and their families who were on board the flight took longer than expected.

PIA will make a historic landing at new Islamabad int’l airport. PIA ‘s A320 will take off from BBIA at 1230PM on PK9001 and will land at NIIA at 1PM. It will be the first mock up flight at the new airport. Purpose of PIA mock up flight is to assess the operationability of NIIA.

It is worth mentioning here that prior to that, the Federal Capital didn’t have its own airport as Benazir Bhutto International Airport located in Rawalpindi’s Chaklala area was used for Islamabad-bound flights. 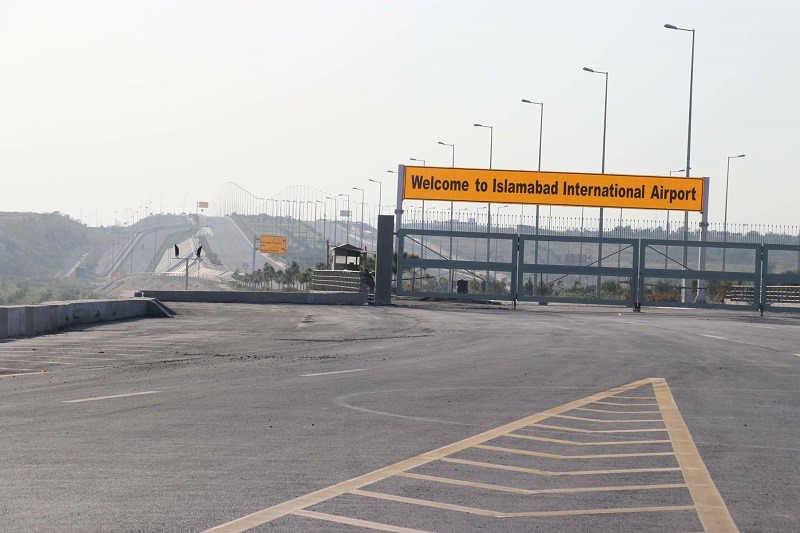 The new airport – located near Fateh Jang – spreads over 19 square kilometers with 15 jetties including facilities to accommodate the World’s largest airplane. It is the biggest international airport of the Country in terms of landing and passenger handling facilities.

Earlier on Friday, PIA introduced its new logo and design which include a painting of the Markhor, the national animal which inhabits the mountainous regions of Pakistan.

“I appreciate the efforts to rebrand the image of PIA and this strategy is practiced worldwide. Markhor is a national animal which is a fighter and does not lose heart in the hard time as he has courage to climb the mountain regardless of the difficulties. PIA will also touch the heights in the same manner”, the Prime Minister’s Advisor on Aviation Sardar Mehtab Ahmad Khan said while inaugurating the new corporate look of PIA in Islamabad.

Mati
Mati-Ullah is the Online Editor For DND. He is the real man to handle the team around the Country and get news from them and provide to you instantly.
Share
Facebook
Twitter
Pinterest
WhatsApp
Previous articleGeneral Sir Nicholas Patrick Carter arrived to Pakistan
Next articleBalochistan will soon be the richest province in Pakistan: PM Khaqan