Pakistanis also among victims of bus accident in Madina: FO

ISLAMABAD, Pakistan: The Foreign Office has said that a certain number of Pakistani nationals are also among the victims of a horrific bus accident in Madina.

On Wednesday, a bus carrying 39 passengers from Riyadh to Makkah met an unfortunate accident near Madina after it collided with a heavy vehicle in Al Akhal Centre. As per reports, 35 passengers out of total 39 lost their lives. 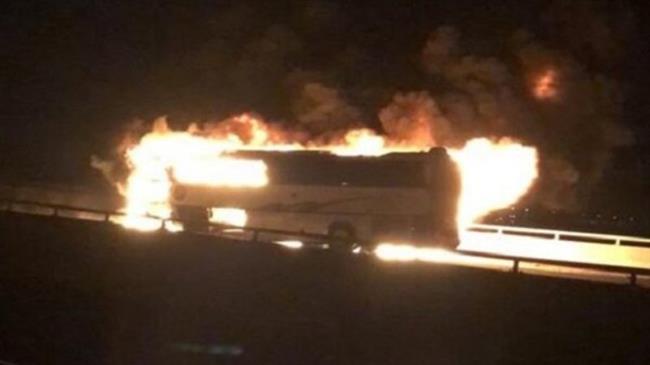 In a statement on Thursday, the Foreign Office Spokesperson Dr Mohammad Faisal said that initial reports indicate that the deceased also include a certain number of Pakistani nationals.

The Spokesperson said that of the four survivors, there is one Pakistani named Mr. Akbar who is seriously injured.

Dr Faisal said that the Pakistan Consulate General in Jeddah has established contact with him and is in touch with the concerned Saudi authorities and staff of the King Fahad Hospital, Madina to ascertain details of casualties of Pakistani nationals.

The afore-mentioned officials can be contacted for information/facilitation.

Mati
Mati-Ullah is the Online Editor For DND. He is the real man to handle the team around the Country and get news from them and provide to you instantly.
Share
Facebook
Twitter
Pinterest
WhatsApp
Previous articleKamyab Jawan Skill Development Program Application and Loans
Next articleThe Rising No-plastic Trend is Not Only Healthy but also Environment-friendly