COLOMBO, Sri Lanka: The Foreign Minister Shah Mahmood Qureshi met his Sri Lankan Counterpart Dinesh Gunawardena in Colombo on Monday, and discussed in details the issues of trade, investment, tourism, and people to people contacts among others.

During the meeting, both the foreign ministers expressed their respective Countries’ keenness to further deepen and strengthen the entire gamut of bilateral relations. 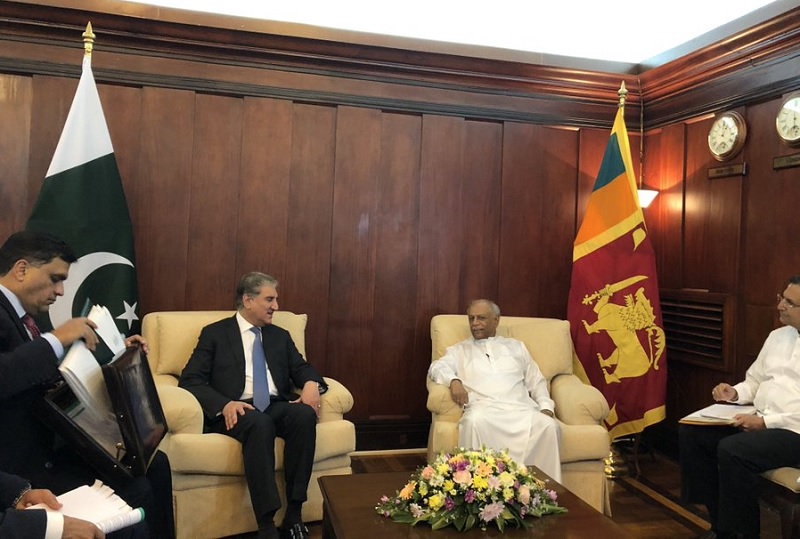 Qureshi said that the 100 day plus lockdown in IOJ&K remains a cause of serious concern for the International Community.

Earlier when the Shah Mahmood Qureshi arrived in Colombo, the Additional Secretary Bilateral Affairs (East) at the Sri Lankan Ministry of Foreign Affairs Ambassador P Selvaraj received him at the Bandaranaike International Airport.

Talking to media at the airport, the foreign minister said that he is here with a special letter from Prime Minister Imran Khan and President of Pakistan Dr Arif Alvi for the newly elected leadership of Sri Lanka.

Mati
Mati-Ullah is the Online Editor For DND. He is the real man to handle the team around the Country and get news from them and provide to you instantly.
Share
Facebook
Twitter
Pinterest
WhatsApp
Previous articleBreast cancer in Pakistan – Some Stats and Prevention Tips
Next articleZameen.com to hold Pakistan Property Show in Dubai on December 6-7