History is filled with names of individuals who took a stand on their own and did something meaningful. Since this is a digital world, we get to see and hear success stories. Some of them are really influential and possess captive nature. One of those stories is shared with you today. It is about an entrepreneur who achieved what he wanted and started a company of his own. 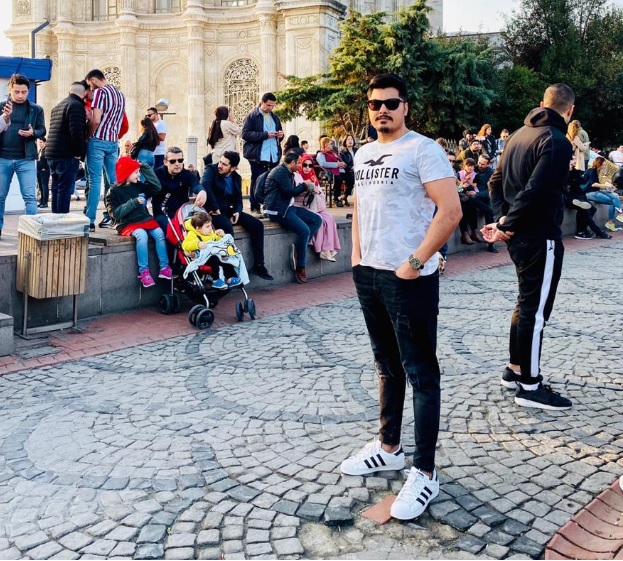 Let’s delve in and check out Vicky Mayo’s story.

Who is Vicky Mayo?

Waqas Ali, an entrepreneur in the late twenties, owner of Realist Media, and a spark in the lives of those who want to get inspired is typically known as Vicky Mayo. This name has set examples of not giving up, staying put and composed, living on the edge, and touching the epitome of success. Besides that, he is one of those individuals who has started from zero to become the hero of Social Media Marketing. He has indeed experienced all the avalanches of becoming successful – from zero to hero, that is what we want to call him.

How Vicky’s success story is different than others?

Unlike many others who have had downs and seen pitfalls, Vicky stood still and passionate enough to make the unhappening happen. Drive that made him firm on the motives is the main difference between him and others. The main catch of his success story which you might not get to listen from others is the element of “self-made”. Other things that make his story more interesting is the way he continued being resilient towards the achievement of the goal, even when he didn’t have anyone to look up to as inspiration, take someone’s help to grow financially, and getting encouragement from his parents.

Most people go for their passion after completing studies or being able to make something in life to live happily; he opted for the passion and dropped out of college. However, he took the leap of faith at the right time to do the right thing. And that is what made him more powerful, unlike others.

Vicky was bestowed with an abundance of knowledge which he learned and gathered on his own. He followed legacies of other companies and brands, learned from heir mistakes and good deals. This is another aspect that made him sure that what he is doing is not wrong.

Last but not least, his travel towards success was full of failures. Yet he worked on them and made most out of them to get what he wanted.

What are four doctrines of success for Vicky Mayo?

According to Vicky, there are four doctrines to reach a successful venture – hard work, innovative ideas, dedication, and motivation.

This era is all about three steps towards accomplishing the task – learning, unlearning, and relearning. It keeps one going from obsolete to the latest trends that prevailed in the market. Vicky is also of the same point – unlearn and relearn what is already learned. That helps in being innovative and receptive to new ideas which lead to successful outcomes.

Failures are seen differently by every individual. In this regard, what perceptions are held by Vicky Mayo?

Vicky is of the view that failures don’t occur out of blue. They are truly and most evidently like a storm that builds in for a specific period of time. Once it is all formed, an action takes place which can be disastrous. If we don’t take care of certain things then such happenings occur more frequently. Likewise, in business, there are ups and downs which are part of the wrong steps. Those steps when fixed becomes the strength.

Hence, failures are connecting dots to success. It is a given fact that there would be times when everything makes sense and blooms; then something happens and it starts going against the planned strategy. When you ensure that it is just a phase that will pass soon, you will be on the right direct path to reach the destiny, then it is the best feeling.

Mayo, keeping the faith that this too shall pass has done what other successful brands and companies took ages to understand. There were many times when Vicky also faced such downfalls. So much so that, once he lost all that he had earned and it took a few months to revive.

He did everything to make sure about being victorious. Now, he is making thousands of dollars every month, has stability in business, Realist Media is flourishing, he has the best SMM services, and many hearts have been touched by his success story.

His Facebook fans are increasing at a rapid speed, there is progress in whatever he is doing.

How can readers get to know more about Vicky’s inspirational journey towards success?

Mati
Mati-Ullah is the Online Editor For DND. He is the real man to handle the team around the Country and get news from them and provide to you instantly.
Share
Facebook
Twitter
Pinterest
WhatsApp
Previous articleHUAWEI Y9s Breaks Records with Hot Sales Nationwide
Next articlePakistan cautions against spoilers of Afghan peace process