Pakistan will surprise India if war imposed on it: DG ISPR

RAWALPINDI, Pakistan: Pakistan army has categorically said that it won’t initiate the war but also warned India against resorting to any misadventure, saying that it would surprise its arch-rivals if a war is imposed on it.

“Pakistan armed forces will never be surprised by you (India) but we shall surprise you, the Director General Inter Services Public Relations (ISPR) Major General Asif Ghafoor said while addressing a Press Conference in Rawalpindi on Friday. 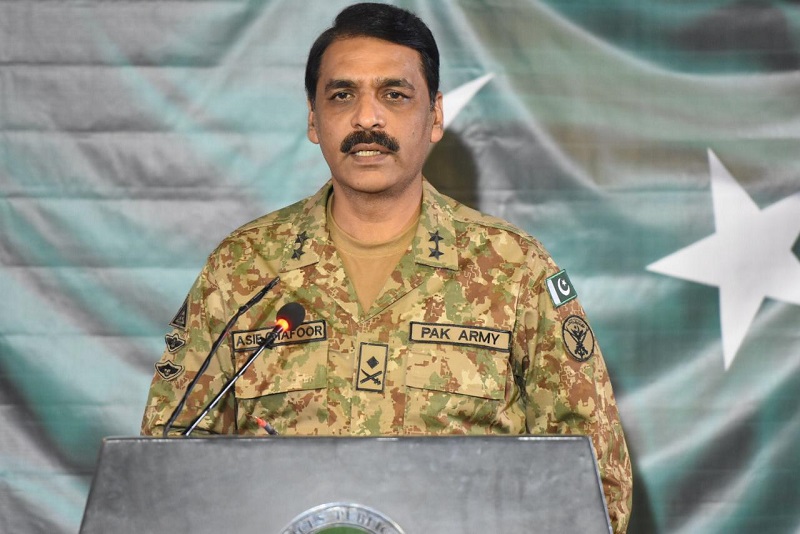 The director general ISPR said that we have a ‘battle hardened’ army, who has the right to retaliate if our national sovereignty is at stake.

“We have no intention to initiate war but we will respond with full force to full spectrum threat, that would surprise you (India), don’t mess with us,” he said. 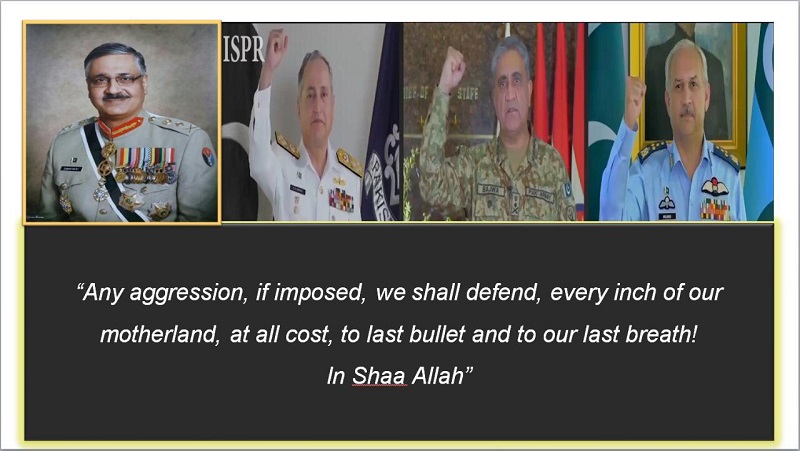 Talking about the Pulwama attack in Indian Occupied Kashmir which took place on February 14, the director general ISPR said that India started raining accusations on Pakistan without thinking and without any evidence.

The DG ISPR said that Pulwama attack occurred when Pakistan had important eight events happening in and out of the Country.

“How can Pakistan be involved in any kind of such activity as Prime Minister Imran Khan said in his speech, what would Pakistan gain out of such attacks,” Major General Asif Ghafoor said.

Major General Asif Ghafoor said that India has layered a security along the Line of Control (LoC), then how is it possible that one Country can infiltrate such layers of security and go unnoticed. He said that the people of India predicted Pulwama attack before the Indian elections, based on social media reports.

The DG ISPR further informed that the former Inter Services Intelligence (ISI) Chief Lieutenant General (retd) Asad Durrani has been found guilty of violating Military’s Code of Conduct after he co-authored a book titled “The Spy Chronicles: RAW, ISI and the Illusion of Peace” along with the former RAW Chief Amarjit Singh Dulat and Journalist Aditya Sinha.

The DG ISPR siaid that Lt General (retd) Asad Durrani is no more entitled to pension and other perks but his military rank stays valid.

Major General Asif Ghafoor also confirmed reports that two senior military officials are under arrest on charges of espionage. He said that they are not part of a network and the Army Chief has ordered their Court Martial.

Mati
Mati-Ullah is the Online Editor For DND. He is the real man to handle the team around the Country and get news from them and provide to you instantly.
Share
Facebook
Twitter
Pinterest
WhatsApp
Previous articlePakistan grieves over loss of lives in Dhaka fire
Next articleShah Mahmood Qureshi thanks Turkey for its steadfast support to Pakistan