FeaturedGovernment of Pakistan
By Mati
February 28, 2018

ISLAMABAD, Pakistan: The National Security Adviser Lt. General (retd) Nasser Khan Janjua has said that Pakistan welcomes the Afghan President Ghani’s offer of seeking peace through dialogue and understanding, and would do its best to facilitate the realization of this noble initiative.

In a meeting held in Islamabad on Wednesday with the Afghan Ambassador Omar Zakhilwal during which they exchanged views on bilateral relations and ongoing efforts for peace and stability in the region, Nasser Janjua said Pakistan wanted an early closure to the internecine bloodshed in the brotherly Afghanistan.

The adviser said that peace in Afghanistan was essential for peace in Pakistan. He said that Pakistan believed in a vision of common and shared future with the people of Afghanistan that is why Pakistan had all along supported efforts for political reconciliation under international and regional peace initiatives. 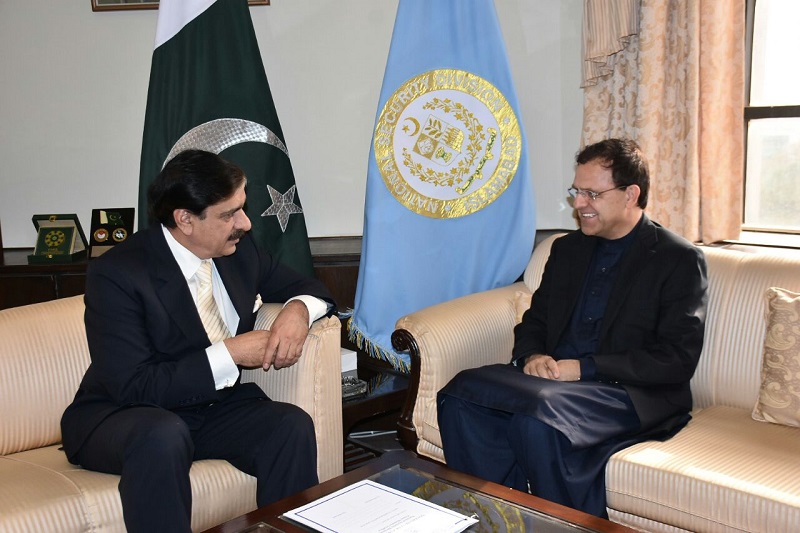 The Afghan ambassador briefed the adviser on today’s International Peace Conference in Kabul, and informed that President Ashraf Ghani had given a message of peace and reconciliation to Taliban, together with a message of closer engagement and cordial relations with Pakistan, with a view to promoting peace, stability and prosperity in the region.

Omar Zakhilwal hoped that being the closest neighbour of Afghanistan, Pakistan would make its due contribution to the process which would help both Afghanistan and Pakistan.

During the meeting, the two agreed to seize this moment collectively and to maintain their contacts in pursuit of the common objective.