Islamabad, Pakistan: Pakistan is hit by flash floods and severe cold-wave, resulted the death of over 43 people due to heavy rains and snowfalls, reports DND News Agency.

Severe cold-wave coupled with constant rain and snowfall in majority of Pakistan caused death of over 43 persons till the filling of this news report. 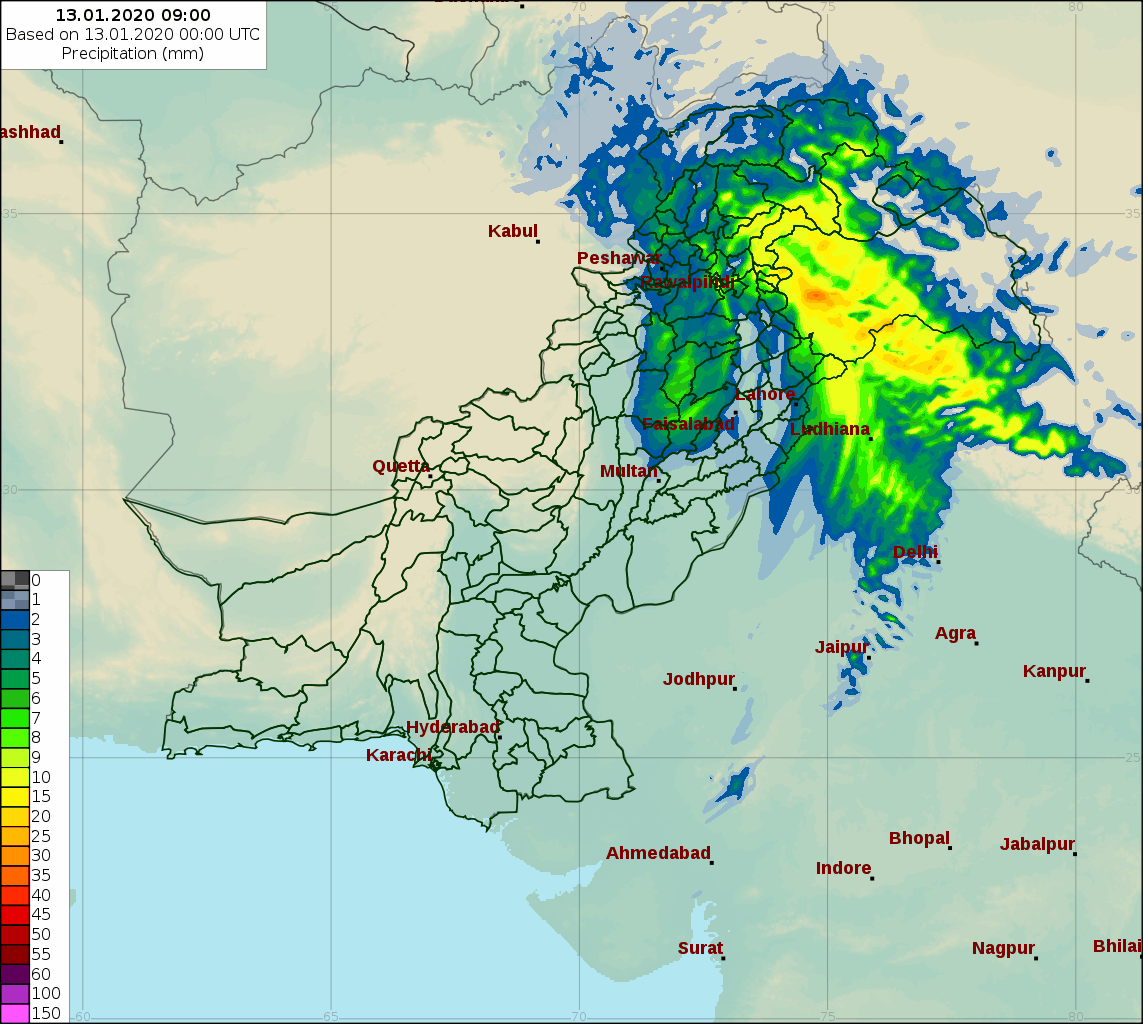 According to data collected from different parts of the country, exceptionally heavy snowfall in mountainous areas and flash floods in upper and lower parts of Pakistan caused death of 43 persons while road accidents due to heavy rains are not included in this figure.

Intercity traffic has severely disrupted and air flights have been cancelled in KPK and Baluchistan provinces.

Roads are blocked in several parts of Kashmir, Gilgit-Baltistan, Malakand and Hazara districts.

Constant rain in Islamabad and Rawalpindi and adjoining areas have caused over 23 road accidents during the last 24 hours.

Murree Hills in Punjab and KPK, Neelum Valley in Azad Kashmir received over four feet of snow, cutting Ayubia, Nathia Gali and Changla Gali from the rest of the country.

Met Office believes that a strong westerly wave is affecting most upper and central parts of Pakistan and situation would remain for next 48 hours— till Wednesday morning.

All concerned authorities are advised to take precautionary measures during the forecast period.